Ethereum Is on the Verge of Extending Even Lower: Analyst

Ethereum is on the verge of dropping back towards its local lows if it fails to retake a pivotal support level, an analyst argues.

He shared the chart below on September 7th, noting that Ethereum is currently trading below a pivotal resistance level at $340. $340 has held as both support and resistance over the past few days as ETH has undergone a strong drop.

According to the trader, if Ethereum doesn’t “power above” and hold above $340, a drop lower is likely:

“Unless $ETH powers above this level it’s nothing but another scam bounce before lower. Not touching anything until the lows are gone or ETH show strength LTF. This drive does have the highest bullish momentum we’ve seen all day.” 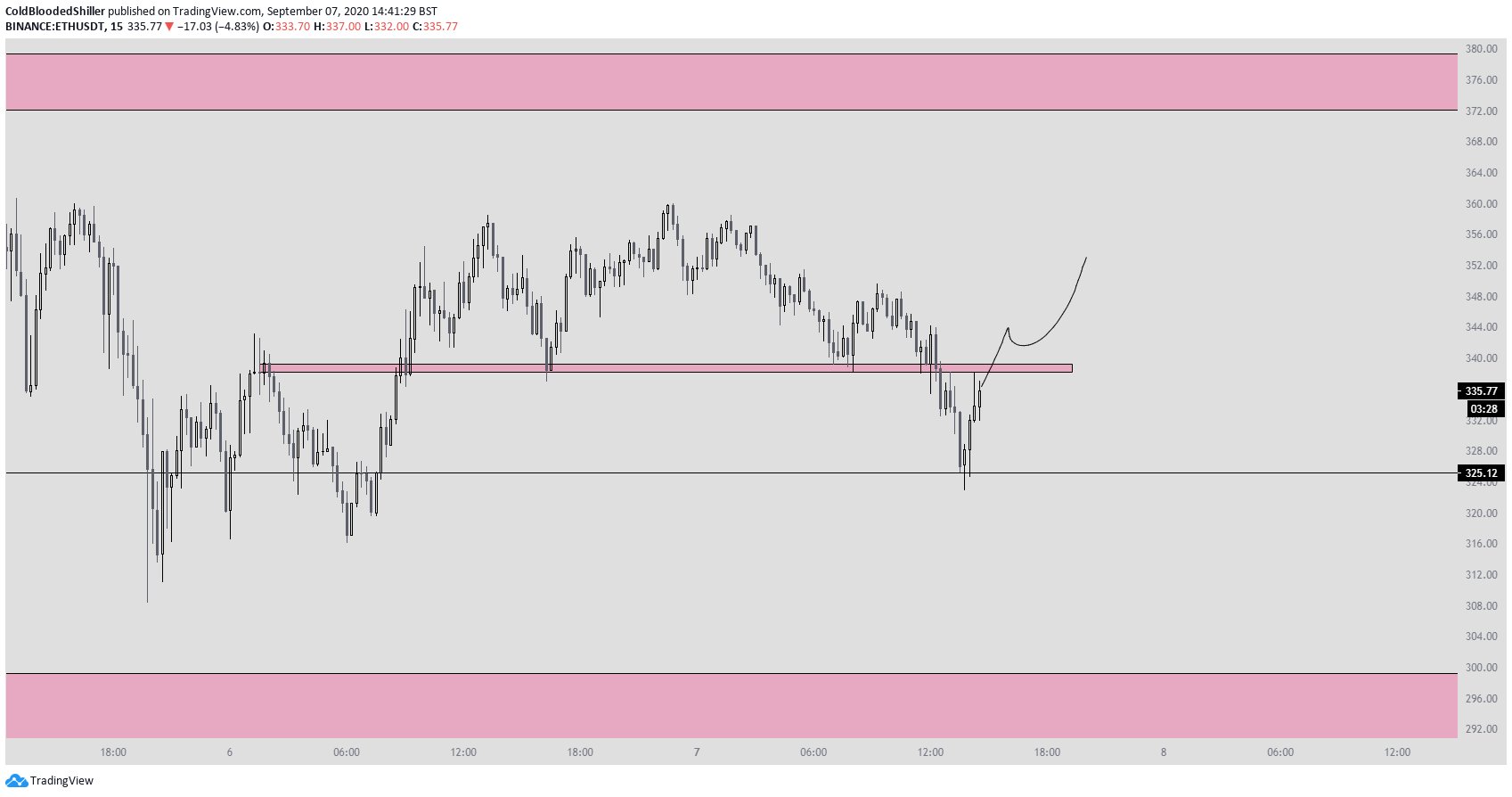 This bearish short-term outlook comes as Ethereum’s long-term fundamentals have seemingly become stronger than ever.

Ryan Watkins, a researcher at Messari, noted that his analysis of Ethereum’s fee market indicates that the asset is “probably undervalued” as a capital asset, even though it’s much more than that:

“At this point ETH is probably undervalued even just considering it purely as a capital asset. Annualizing Ethereum’s last 30 day’s fees implies ETH trades at 20x earnings. Remember ETH in PoS with have a claim on those fees.”

She thinks that the collapse of the Ponzi could result in selling pressure on the Ethereum spot markets.