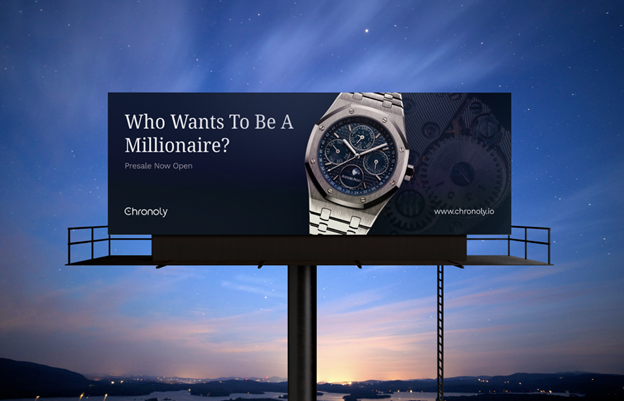 Is Ethereum (ETH) a Good Investment? Chronoly.io (CRNO) Is a Safer Bet

Everyone’s talking about utility nowadays. After too many scams, pump-and-dumps, and useless tokens, investors are seeking the safest places to put their money by hunting for the best utility tokens.

Some consider the answer to be right in front of everyone’s eyes: Ethereum (ETH). But there’s another token that, given its strong fundamentals, could be an even safer bet, and it’s called Chronoly.io (CRNO). Let’s examine the differences.

Ethereum (ETH) has held the #2 spot below Bitcoin for a long time now. It’s widely known as the king utility token that’s brought digital ownership, smart contracts, and decentralized apps into the mainstream.

There are definitely good reasons to buy Ethereum. For one, it has fostered huge innovation in the crypto space, alongside its use as a “world computer.” Its popularity and increased accessibility has made it a fan favorite, with many crypto investors owning at least some Ethereum.

However, Ethereum faces competition from hundreds of projects that promise to be the next “Ethereum killer,” some already performing better than ETH in terms of scalability, security, and sustainability. Overall, Ethereum is still in its infancy, and it just takes one project to overtake Ethereum for its long-term investment value to decline rapidly.

In Renée Mauborgne and W. Chan Kim’s 2004 book Blue Ocean Strategy, they put forward the idea that businesses should aim to create “blue oceans”; markets with very little competition that a firm can then dominate. Facebook and Amazon are good examples of a company developing a blue ocean and becoming unstoppable.

It makes sense, then, that this logic applies to crypto projects. If a project can carve out a niche with no competition, then half of the hard work is already done. They just need to create a valuable product that people want to use.

That’s where Chronoly.io (CRNO) comes in. Chronoly.io (CRNO) is disrupting the luxury watch market, a market that has seen very little innovation over the past few decades, partly due to how inaccessible it is to the average investor. Chronoly.io (CRNO) has created a blockchain-based marketplace that allows anyone to trade in fractional shares of some of the world’s rarest watches for as little as $10 – unlike anything the crypto market has ever seen.

They own and provably hold these watches in secure vaults around the globe and have minted corresponding fractional NFTs. As the luxury watch market grows by billions over the next few years, Chronoly.io (CRNO) expects the value of these timepieces will appreciate significantly, alongside its platform’s popularity.

Chronoly.io (CRNO) has both elements: it’s created a blue ocean and has a winning product. The most exciting part is that their token, CRNO, is still in pre-launch and trading for just $0.079, already up 690% in just over three months. By the time they hit the general public at the end of September, CRNO tokens are projected to be worth $0.50 to $1, already offering a potential 1000%+ return for investors that get in now.

With all of this in mind, the chances that Chronoly.io (CRNO) will become a safer investment than Ethereum look more and more likely every day.