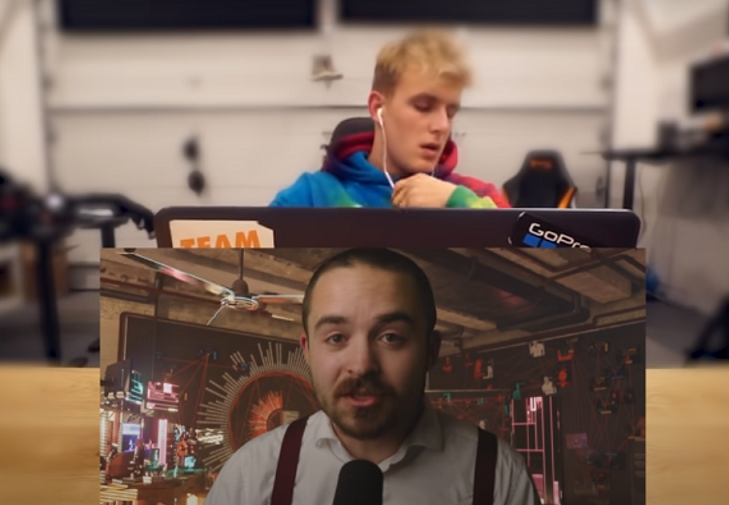 by Eduardo Próspero
in Altcoins
0

Is what Jake Paul is doing illegal? That’s for the court to decide. It’s morally reprehensible, though. And Coffeezilla, YouTube’s biggest pop detective, is on the case. In his latest video, he uncovers an alleged Jake Paul wallet that the influencer has allegedly used to cash out of all his paid promotions for crypto projects. Yep, he used the same wallet for all of them.

In a Twitter thread presenting the video, Coffeezilla said:

“A couple of weeks ago he got sued in the SAFEMOON class action lawsuit, for pump and dumping the coin, but to date, no one knows how much he got PAID to do these promotional tweets. The secret wallets I uncovered show a pattern of pump and dumping tokens in exchange for gifted tokens to Jake Paul.”

Let’s break this down, shall we?

What did Coffeezilla Found On Jake Paul?

We’ve said this before and we’ll say it again, blockchains record everything and are not a good medium for criminals. We’re not sure if what Jake Paul did is a crime at the present moment, though. What did he do? He got paid to promote several crypto projects, got his followers to buy in, pumping the price, and then dumped on them.

Jake Paul screams to $YUMMY investors to "push this shit" and "we're not sellling"
Jake then sells a month later for $300K, the tokens he got for free for doing this promotion. pic.twitter.com/MjFqKwO6l8

The worst thing is, in Coffeezilla’s words, “none of this promotions Jake Paul did were listed as ads.” Both the Federal Trade Commission and the SEC might have a problem with that, but let’s wait and see how they handle the situation. In the video above, “Jake Paul screams to $YUMMY investors to “push this sh*t” and “we’re not selling.” Jake then sells a month later for $300K, the tokens he got for free for doing this promotion.”

So, what are the crypto projects Jake Paul promoted? According to Coffeezilla:

And these two NFT projects he funded with his official wallet:

? StickDix holders when they figure out that Jake was being paid 55% of mint for promoting @StickDixNFT and was on the team behind it ? #rug #rugpull #gotchaeth#leaked pic.twitter.com/kwsTGymi0h

Also, Coffeezilla has another video on the Stick Dix case specifically:

According to the Internet detective, Jake Paul has pocketed $2.232.995 from these projects.

How Does Coffeezilla Know That Jake Paul Owns That Wallet?

The internet detective’s method is simple, “The idea here being that you can find a crypto wallet if the behavior lines up enough with publicly available information.” So, what Coffeezilla did was:

Consider ProblemChild is one of Jake Paul’s codenames. And that someone initially funded the ProblemChild wallet from an official Jake Paul account. In the video, Coffeezilla concludes:

“This would have been a pretty good scheme, except, every time Jake went to cash out, he did it all at the same wallet. At the ProblemChild wallet, and that was his mistake. Because by building enough circumstantial evidence against himself, eventually, it became very strong.”

At the moment, there’s a lawsuit against Jake Paul and other celebrities and influencers for promoting SafeMoon. Coffeezilla’s video starts with, “Many people are probably wondering if I am making this video to make sure Jake Paul loses this lawsuit. And I want to be clear. Absolutely not, that was never the intention. It’s just a happy accident.”

?BREAKING: New Safemoon Lawsuit UPDATE just dropped today: it now includes the Jake Paul secret wallets I put in my video and the $200K that I showed him making. ? pic.twitter.com/xc4dKiHWA0

Let’s quote ClassAction.org to get the details:

“Among the defendants in the 60-page lawsuit are Jake Paul, Nick Carter, Soulja Boy, Lil Yachty and YouTuber Ben Phillips, who the complaint alleges played key roles in pumping up the SafeMoon cryptocurrency token V1 on social media and thus inflating its value.”

What happened then? According to the lawsuit:

“The defendants’ conduct over the last year amounted to a “slow rug pull” on investors, who time and again were inundated with encouraging statements about the purported value of SafeMoon tokens—and the promise of future success—while company execs and celebrity promoters slowly sold off their own holdings amid inflated trading volume.”

Everybody involved in SafeMoon slowly left the project, the wallet they promised never arrived, and the coin’s value plummeted and never recovered. Jake Paul and the other celebrities promoted the coin, generated a pump, and participated in the dump. Is what they did illegal, though? That’s for the court to decide.