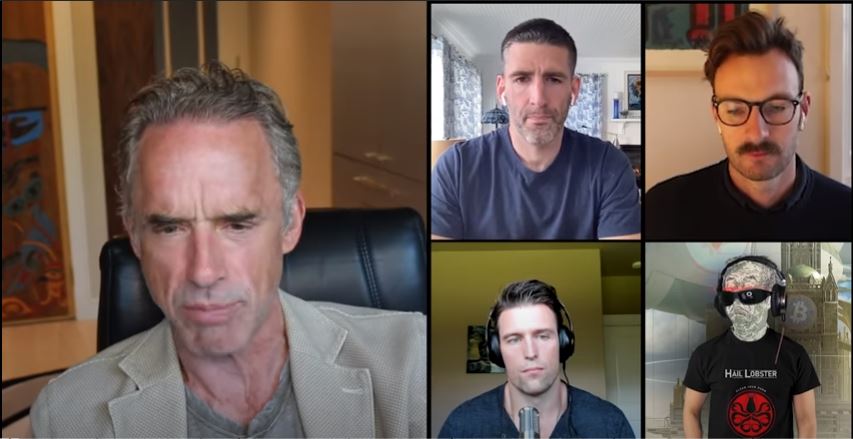 It’s amazing how fast Jordan Peterson caught on to the complex ideas behind Bitcoin. The Canadian psychologist and media personality invited four very different Bitcoin experts to his podcast. Their conversation is deep but easy to follow, a treasure for future educators. It’s not exactly a Bitcoin 101 class, Peterson is so sharp that he easily grabs the core concepts and, armed with that, asks the right questions. He also synthesizes what his interviewees tell him in one-liners that we can all use from here on out.

This podcast episode is a mandatory watch for everyone interested in Bitcoin, and we transcribed the key quotes and ideas for you all to use and spread around. Fasten your seatbelts, we’re going far, above, and beyond.

The podcast title is: “Bitcoin: The Future of Money?” and it came to be because the Bitcoiner Book Club read “Maps of Meaning” by Jordan Peterson. He invited:

The Relationship Between Bitcoin And Austrian Economics

This gang of misfits doesn’t waste one second. Valis defines Bitcoin as an “extreme form of ownweship” that wasn’t available in the world until Satoshi Nakamoto conjured it. He claims that Bitcoin “changes your relationship to responsibility” and lowers your time preference. Bitcoin fixes the incongruencies that a system with fake fiat money generates. This idea will be the episode’s leitmotiv.

For more information on the time preference concept read our analysis of “The Bitcoin Standard.”

From everything the guest says, Jordan Peterson deduces that “Bitcoin provides an incorruptible language of value.” James defines Austrian economics as a system that uses “logical deduction rather than empiricism.” Jordan Peterson was reading on the subject and defines economics as “The science of comparative value. And then, money becomes an index of that comparative value.”

It’s time for Breedlove to answer the question that serves as his podcast’s name, what is money? “Money is a contract of the future. And today, fiat currency is a violated social contract.” He claims that inflation “effectively robs out future” and “corrodes socioeconomic fabric, social morality.” And, to drive the point home, “artificial central-bank-induced inflation is a corrosive moral cancer on society.”

For more information on government money and hyperinflation, read our analysis of “The Bitcoin Standard.”

It’s time for the programmer to participate, Gigi defines Bitcoin as a distributed system of accounting that “checks and verifies copies of this ledger” and “makes invalid copies useless.” On the user’s side, ideally, only you know and own your private keys. “Cryptography is inherently defensive” and those keys are the secret that unlocks your funds. If you know it, there’s no problem. If you don’t, there are infinite possibilities to try. “The whole system is probabilistic.” Chances are no one will guess your private keys. Ever.

An ambitious Jordan Peterson asks Gigi to simply define Bitcoin. He tries, it’s “a list of transactions” that is transparent and radically distributed. Of course, that’s just one aspect of it. 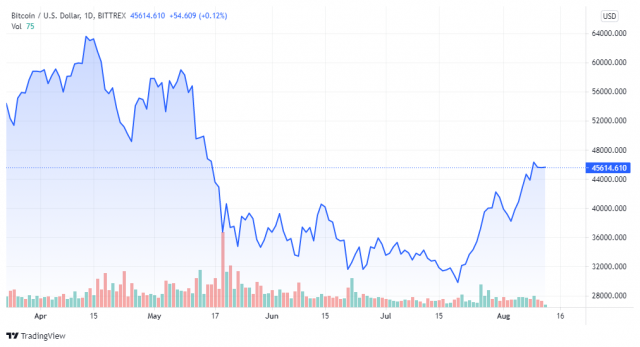 The Dollar is a pyramid scheme, claims Breedlove. “The free market itself, as you’ve described it, Jordan, is a distributed computing system.” Any intervention, any regulation, is a move towards an “economic tyrany,” because it pushes the desires of a few.

For more information on the magical properties of prices to describe our reality read our analysis of “The Bitcoin Standard.”

According to Valis, inflation dilutes money artificially and that introduces “incongruencies” in the system.” If we had “pristine” information, that would inevitably cause “emerging order.” Then, he uses Jordan Peterson ‘s vocabulary to drive the point home. “Inflation is changing the relationship between the matrix of value hierarchies without decremental sacrifices, and that’s what creates pathological hierarchies.”

Here, Jordan Peterson has a breakthrough. “So, you guys really do see it as a distributed form of governance.” Boom! That’s what Bitcoin is. Of course, that’s just one aspect of it.

“Risk is error,” Breedlove claims to close this point. “Because we have centrally planned money, it’s pushing hidden risk into the economy.” Those false signals confuse the free market distributed intelligence. “Intelligence, defined as error correction, is mitigated by the central planning of money.”

And then, Jordan Peterson synthesizes the whole point.  “So, you think of incorruptible money as computationally advantageous, essentially.”

Impressive. The man really got it.

In part 2, the gang tackles Elon Musk’s environmental claims, when will Bitcoin become a medium of exchange, and the risks it brings into the world.