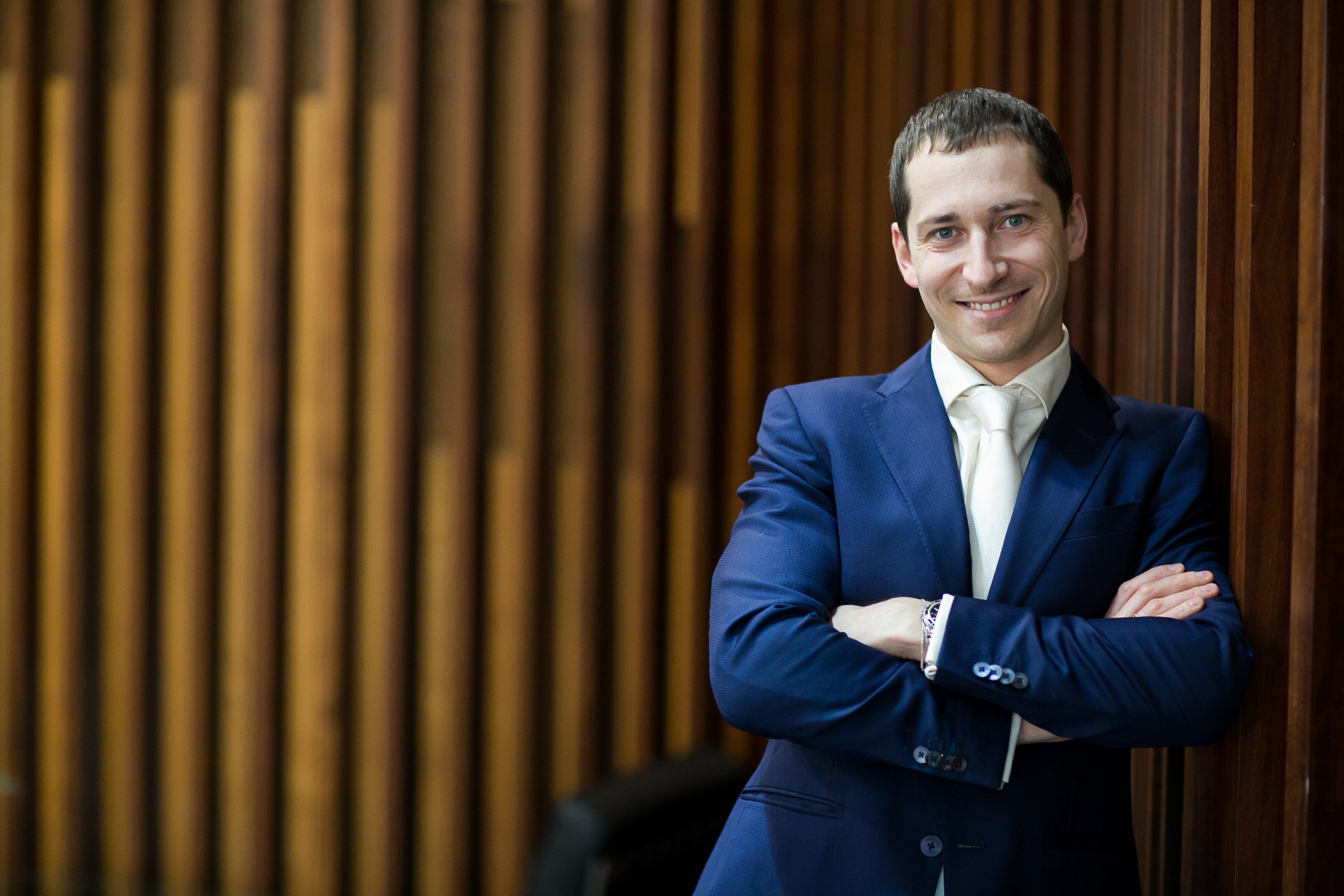 Bitcoinist recently sat down with KamaGames CEO Andrey Kuznetsov to discuss the company’s new token launch and the ICO industry — among other things.

Bitcoinist: KamaGames has an established brand identity across Europe with a significant daily user base. What sparked the decision to launch a token now?

We are already a very successful and solvent company with last year being our most profitable in our eight-year history, so we are not looking for fundraising in any way, shape or form.

The idea for the token sale came from us being asked by players repeatedly over the past few years if they were able to buy chips with cryptocurrencies so we decided to look into the potential options and see how viable making such an opportunity would be.

As an operator, KamaGames is constantly looking for new ways improve our games and to lead by innovation in the social casino industry, in fact, we recently won the award for “Innovation in Social Casino” at this year’s EGR Marketing and Innovation Awards in London.

The KamaGames Token (KGT) is a perfect example of us trying something new for our players. It’s a chance to not only attract a new audience but to also thank our current players and to also show how passionate KamaGames is about embracing new technologies.

Bitcoinist: Research by Satis Group in July suggested 80% of 2017’s ICOs were scams. You mention the KGT token sale is unlike a traditional ICO. What sets it apart? Is it a form of so-called ‘reverse’ ICO?

For the avoidance of any type of doubt, this is not an ICO. An ICO (Initial Coin Offering) is a means by which funds are raised for a new cryptocurrency venture. We don’t need to raise funds, we’ve been around since 2010 and last year was our most profitable to date, with revenues reaching $57.5million (and 2018 is set to be even better).

The key points to understand about the KamaGames Token sale are:

1 – KamaGames is not looking to raise funds from investors

2 – KamaGames Team will not receive any tokens

3 – Tokens will not appear on exchanges

4 – Tokens will be redeemable for in-game currency only

5 – This is a supply of services on which VAT is paid, in fact we are the first in the world to do so during the sale of utility tokens

Bitcoinist: How would you counter claims from well-known figures such as BitTorrent’s Bram Cohen that “all ICOs are scams until proven otherwise”?

Some ICOs have given the practice a bad name, but again, we are not launching an ICO we are doing a utility token sale and we are also a proven, established and successful business.

What’s more, our Token Sale is currently ranked as one of the most-trusted projects and given an A ranking, according to Coin Schedule:

Bitcoinist: How do you think users will react to an in-house token which operates in addition to the in-game ‘chips’ they are familiar with?

I think players will love getting copious amounts of chips at great value as well as free bonuses every day! It’s a terrific deal for them.

We are expecting our tokens to sell out before the sale’s closing date, and considering we have 100 million players, there will obviously be a number of players not using the tokens who’s experience will not be affected.

So far, player reaction has been overwhelmingly positive and our players are excited to have the chance to buy in-game currency at a greatly reduced cost as well as receiving a wealth of free virtual chips every day.

Bitcoinist: Mobile gaming – and more specifically social gaming – continues to gain in popularity. How would you describe social gaming and its future as a phenomenon?

Looking specifically at mobile, this is our main platform and will continue to be due to its high market penetration and global availability. Across all global markets, the number of people using smartphones is climbing steadily every year. More and more people are buying smartphones as they became cheaper and more powerful, opening up the market to countless new apps, especially games.

When looking at the hugely popular Messenger platforms, social casino games are deeply intertwined with multiplayer and social gaming features, such as chats, rankings, invitations to play, private tables and so on. These features all resonate well with the instant messenger using the audience.

Bitcoinist: How do you intend to stave off competition, especially from other operators choosing to launch a token?

Big, well-known companies tend to shy away from projects like this, due to some negative PR associated with crypto space and also, we are way ahead of anybody who might be thinking of competing. Someone who wants to launch a similar token will need at least half a year to prepare and we are already deep into the launch phase, with the Presale stage starting soon.

The reaction so far has been everything we wanted and could have hoped for with some customers buying thousands of tokens at a time.

When it comes to competitors and our KGT sale, KamaGames is in a great position as we have over 100 million players which gave us an in-built audience for our tokens before we even announced it.  Add to that our experienced and established team, of marketers, user-acquisition experts and many more, and we are in a great position for continued success.

Bitcoinist: What have you learned from the ICO industry’s short history and what pitfalls have you identified?

We’ve learned that a lot of companies rush to start their projects before they’re ready, that some haven’t always offered the best deal for investors and that some bad deals have generated mistrust in the overall industry. A lot of services were too overvalued in price and were in fact low quality which leads to industry instability and a lack of faith.

On the communications side, some press outlets and rating websites have been inaccurate or have even been running too much paid content which makes it difficult to establish which projects are genuinely worth considering. Similarly, many “advisors” are unrealistic in the services they say they can provide compare to the benefits and support they actually deliver.

Fortunately, as we mentioned earlier, we are not an ICO, so we are relatively safe from some of the dangers and pitfalls other fledgling companies would encounter.

We should also remember that this is still a very young industry, some would say in its infancy and therefore it will take time to stabilise and have the issues and challenges worked out similar to any other new industry or ecosystem. It will just take time.

Bitcoinist: Platforms such as Waves and EOS are challenging Ethereum’s monopoly on token hosting. Why did you choose Ethereum as your token’s platform nonetheless?

The main reason we chose Ethereum was that we were not creating a full-on blockchain platform, but a blockchain solution for an existing product. This is because our games do not run on blockchain in the first place, so there was no real need to use EOS or WAVES solutions for scalability of decentralised apps.

The Ethereum ERC20 protocol has proven to be a solid solution for blockchain in a sense that it had the most established community of developers and users by the time we started the development of KGT.  Additionally, at the same time, we were looking for something which was a popular and widely used solution on the market. That was Ethereum.

Bitcoinist: What utility will your token have? Do you plan on increasing functionality as time progresses?

Our token is only redeemable for in-game currency and we have no plans to change or increase functionality beyond that. The KamaGames Token is dependable, is no-risk and is guaranteed. These are all valuable qualities to us that we do not want to jeopardise.

Bitcoinist: How are you tackling the issue of security, both during the token sale and after funds have accrued?

We’re in the tech space and have been for nine years, so we are very familiar with digital security challenges and therefore encryption, practical security measures and an awareness of threats is not new to us.

I cannot go into too much detail, but we’ve chosen trusted solutions to potential breaches that have proven highly effective across our business.

Additionally, for the token sale, we also reviewed any and all potential challenges associated with blockchain and crypto technology.

We use rigorously-developed and tested token sale platforms, Multi-Signature cold wallets for storing tokens & crypto, DDoS protection and we constantly monitor all of the components to make sure they are working properly.

We also use a pretty standard smart-contract to avoid any potential vulnerabilities.

What are your thoughts on the Kama Games Q&A? Don’t hesitate to let us know in the comments below!

Interview With Jay Hao, CEO, OKEx: ‘Both BTC and DeFi Will Continue to Flourish and...

Thank you for joining us today and answering some burning crypto industry questions for the Bitcoinist audience. Please start by telling us a little bit about your role as CEO of OKEx...