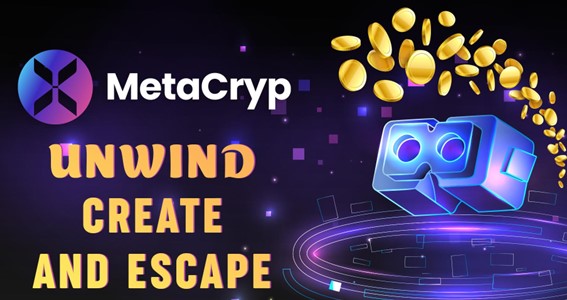 MetaCryp Has Referral Bonuses For Its Early Adopters – Is It A Better Investment Than Fantom?

If you enter a simple query on a search engine like Google, you will be inundated with countless articles on any subject matter. For example, if you search for suggestions on how to deal with the cryptocurrency market during the ongoing crypto crash, you will find dozens of articles on what tokens are worthwhile and which ones you should avoid.

Anyone online can claim to be an expert and boast considerable knowledge about cryptocurrencies. However, almost no one could’ve foreseen how badly the cryptocurrency market would deteriorate when the devaluation occurred.

The market capitalization, which hit the 3 trillion-dollar mark in November 2021, plummeted to approximately 900 billion in summer 2022. The total is 1.16 trillion dollars, just over a third of its peak performance.

Fantom (FTM) – Will It Have A Recurgence?

In order to better understand the market’s position, we will look at specific tokens. The first cryptocurrency we will discuss is Fantom (FTM). Ranking at number 54, Fantom has a market cap of 1.25 billion and a token price of 0.39 dollars. Both values mentioned have decreased 1% in the last twenty-four hours. Interestingly, the volume of FTM tokens traded in the same period is 200 million, an increase of 9.6%.

Otherwise, Fantom is a directed acyclic graph (DAG) smart contract platform. FTM offers decentralized finance (DeFi) services to developers through a custom consensus algorithm. The makers of FTM aspire to resolve issues facing smart contract projects, such as transaction speed, which will be under two seconds on Fantom.

Fantom was established in 2018, and OPERA, the mainnet, was launched a year later by Fantom Foundation. Fantom was created as an alternative to Ethereum and allows token holders to swap digital assets and use dApps.

Fantom’s focus is on three vital attributes of blockchain: decentralization, security, and scalability. The platform is equipped with tools that make it easier to incorporate existing decentralized applications. Users can also enjoy a built-in staking reward scheme and DeFi instruments.

Moreover, Fantom is a layer one blockchain that implements a consensus mechanism and independent consensus layer called Lachesis. The two protocols support DeFi and similar services based on smart contracts.

FTM, the native utility and PoS token, facilitates the ecosystem and can be utilized for governance, payments, staking, and network fees. FTM provides the foundation for transactions and enables the system to collect fees, conduct staking activities, and assign rewards to users.

One of the principal attributes of Fantom (FTM) is its capacity for processing transactions. Thousands of transactions can be performed every second, and they are settled within one or two seconds. The cost of each transaction on FTM is a fraction of a cent. The outcome is high scalability at a competitive rate.

MetaCryp (MTCR) is a new token that will essentially capitalize on two important aspects of cryptocurrency: metaverse and gaming. First and foremost, the value of the worldwide metaverse market is 47.5 billion dollars in 2022; that number should increase to 678.9 billion at the end of this decade.

Likewise, the gaming industry has gone from strength to strength. In 2017, the recorded global revenue from gaming was 91 billion dollars; in 2022, that number reached 180 billion. There is plenty of room for MetaCryp to prosper in metaverse and gaming.

Metaverse is one of the critical attributes of MetaCryp. In addition, the platform utilizes Play2Earn gaming. Users can create custom avatars, explore new worlds, interact with other token holders, and much more.

Big Gains To Be Had

There are more than twenty thousand cryptocurrencies on the market. Naturally, different technologies are implemented across various platforms. MetaCryp (MTCR) should prevail since it combines two crucial aspects i.e., metaverse and gaming.

If you are convinced by MTCR’s credentials, you should invest in stage 1 of the presale because that will give you a handsome 9% reward. If you recommend MetaCryp to a friend and they spend four hundred dollars, both parties will get a hundred dollars bonus.