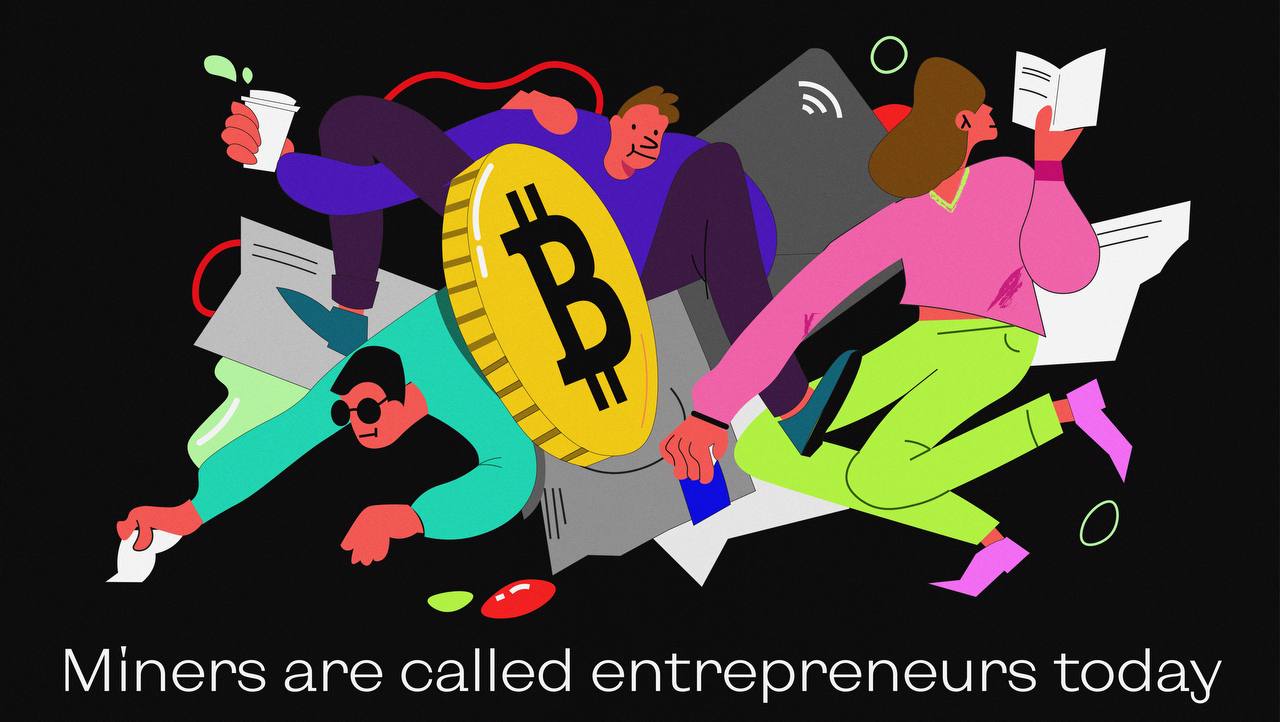 by Bitcoinist
in Press releases
35

Digital gold mining has long turned into a full-fledged business – the activity of maintaining a distributed platform and creating new blocks with the ability to receive rewards in the form of issued currency and commission fees in various cryptocurrencies, in particular, in Bitcoin. Since the inception of bitcoin, according to a study by the University of Cambridge miners have earned more than $2 billion from computing and $14 billion from transaction fees.

Earlier it was possible to carry out mining on home computers, then by 2017, this process started to require more powerful equipment and mining began to be carried out on “farms” (in huge hangars filled with processors). High hardware requirements led to the fact that the bitcoin market was divided between the largest pools, where there was combined computing power. About 70% of cryptocurrency farms are based in China, however, after the past bans and tightens in the field of crypto assets, mining farms began to open in various parts of the world, preferring renewable energy sources.

Today, the cryptocurrency market in general, which is based on blockchain or distributed ledger technology, is experimental. Firstly, in terms of prices for cryptocurrencies, we see significant price jumps, and secondly, even within the technological structure of the largest currencies (Bitcoin and Ethereum) occur changes, sometimes significant. For example, the separation of Bitcoin into Bitcoin and Bitcoin Cash. This is a sign of experimental development. A large percentage of investment in cryptocurrency falls on mining.

In some countries, governments want to equate mining with entrepreneurship. Such initiatives can only be welcomed, since mining does not differ from any business, both in terms of the level of investment at the start and the degree of entrepreneurial risk. Adequate mining regulation will help bring the country’s industry to the next level. Cryptocurrency mining is a very capital-intensive industry that requires loans, leasing, and other financing instruments.

Do not forget that classic mining also has many disadvantages. One of them is depreciation. For example, you can spread the cost of equipment for 3 years. During this period, it not only physically wears out a lot, the warranty ends, but also becomes obsolete, ceases to be energy efficient in mining. Another factor – you will pay 50% of your income for electricity. Constant maintenance of equipment. The right choice of place for the farm. Therefore, it is much more profitable to rent mining power: both the owner of the farm and the user win.

Some companies, like GreenHashes, have started ecologically mining cryptocurrency using the energy of the wind and the sun. Renewable energy is a trend of our time. First came electric cars, then eco-mining.

GreenHashes presents a mining service that provides a high degree of confidentiality. The income from cloud mining is accrued daily using an automatic payout system. The presence of regular payments, a variety of mining packages, and an easy-to-use interface provide users with a stable and passive income. Every investor gets the opportunity to control their profits around the clock, and the company at that time takes care of all the concerns to ensure safety and smooth operation.