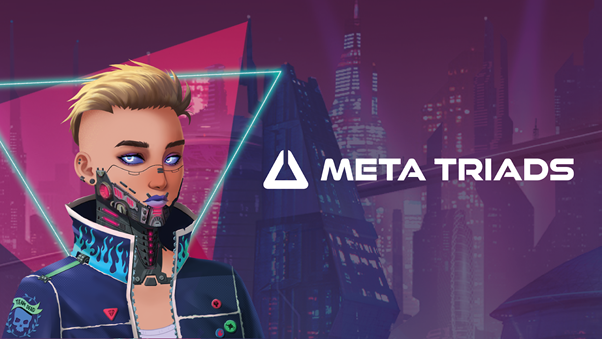 In the NFT world there are few projects to be considered a “blue chip” in the traditional meaning of the term. The brightest example is “Cryptopunks” – a project that launched 4 years ago (which is forever in crypto years) and already is considered to be a part of history, much like Azuki, BAYC and few others that are expected to never stop growing in value.

For the majority of projects considered blue chip in NFT space it is already too late to get the full benefit from, but on the other hand there are many potential blue chip projects to launch in the near future and ones who will spot them first will benefit the most.

One of the key metrics while evaluating upcoming projects is the scalability potential and the impact it may have on their particular field of interest. One such project is the upcoming MetaTriads which has a potential to be a major player in the Fashion Industry which adopted the fastest to WEB 3.0 and is expected to grow from 1.5 to 2.25 Trillion by the end of 2025 and Metaverses and AR is considered to play a major part in upcoming growth.

Meta Triads is going to bring thousands of fashion brands to the world of AR and Metaverses, providing each tool and sales network necessary to turn physical product or even concept art into 3D and AR wearables tailor-made for each individual world. Fashion brands will get an unprecedented chance to launch their collection in Metaverse, AR and physical world simultaneously. Meta Triads holders will be able to have exclusive early access to each item in the collection as well as receive a commission from each sale on all the platforms. NFT holders will be airdropped 9 TRIA$ Per Day, an ERC20 standard token will have a future utility on the marketplace by being the main currency of the ecosystem, thus NFT provides exclusive tokens which will be acclaimed by own shops on different platforms and metaverses providing unique benefits for holders.