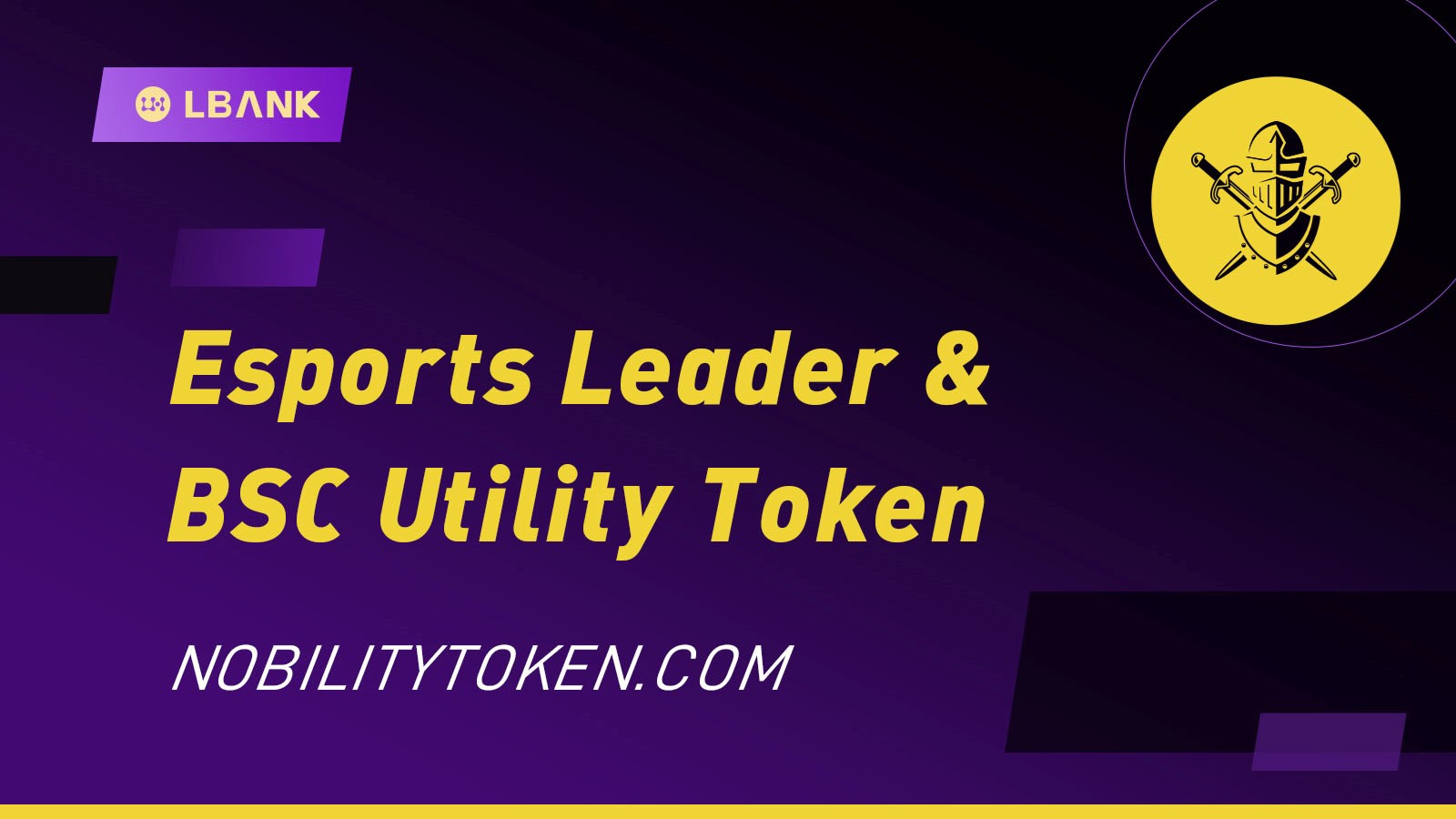 Nobility Is Integrating Crypto Into eSports, Would It Be a Match Made in Heaven?

by Bitcoinist
in Press releases
14

Recently, LBank Exchange held an AMA session with Nobility team, discussed about Nobility’s advantages in the esports industry and crypto filed, future plans, holding mechanism and so on. Here’s the summary of this AMA.

Esports has become one of the biggest global markets in recent years, and so has crypto. A project called Nobility (NBL) has noticed these two booming markets, and is trying its best to merge them into one humongous market, by disrupting the esports industry with its unique smart contract capabilities, offering the industry a fairer, more balanced, and sustainable revenue system.

Esports + Crypto: A Match Made in Heaven

Esports industry shares a lot of similarities with crypto space, they both emerged just a few years ago, and has grown exponentially since then, now they are two of the biggest markets in the entire world. As a global market, esports can be participated in by anybody from any country. With teams spanning the globe in countries and regions like North America, India, South America and Australia, Nobility believes that combining esports market with cryptocurrency is a match made in heaven.

Sometimes crypto space could be lack of transparency, but Nobility is able to offer its users full transparency with its 24/7 support system on its website. People can get help from Nobility’s team in things like buying, selling, or learning about its token by visiting its website anytime they want.

As a revolutionary esports platform and utility token on Binance Smart Chain (BSC), Nobility continues to focus on revolutionizing the esports landscape by organizing and providing tournaments with large prize pools, helping content creators earn more from playing the game they love, and more use cases that will fill glaring holes within the community.

Building an Ecosystem in Gaming Industry

Last month, Nobility just did a $50,000 Call of Duty: Warzone tournaments, which was a huge success with various celebrities and influencers involved, such as Max Holloway, Chase Claypool who’s an NFL wide receiver, Temperrr who’s one of the owners of FaZe Clan, Jccaylen who’s one of the biggest streamers in the world and so on. Nobility is talking to some big names right now for Fortnite tournament with a $25,000 prize this month and there is an APEX tournament coming up in November.

Community tournament will start next month so that Nobility’s holders will be able to participate and win prize from $5,000 to $10,000. There will also be one-off tournaments in foreign countries such as India and South America, to hit all these different markets and regions in the world to try to spread NBL token.

Nobility plans on doing monthly tournaments at the end of every month, it is Nobility’s main focus at the moment. For building more infrastructures in esports space, Nobility has many future plans such as putting tournaments and players in the contracts on the blockchain, working on its own streaming platform, esports betting platform, skins marketplace and so on.

Nobility has many knowledgeable and experienced developers on board that are working on its website and products right now who have a lot of experience with other very successful projects. Besides all these talented team members on the development end, Nobility also has Rostik Rusev as advisor, who has a deep connection in the crypto space, helping Nobility get in touch with and eventually be listed on LBank Exchange. Cory Fenix, the CEO of Noble, has also been crucial for Nobility with his connections in esports and tournament organizations.

With a well-experienced team like this, Nobility is able to revolutionize the filed of esports and NFTs and bring new ideas that have never been done before. For example, by putting players in the contracts on the blockchain, and potentially doing tournaments on the blockchain, Nobility can make everything in the esports filed runs smoothly and efficiently, replacing the PayPal used in esports nowadays which is inefficient and charges a lot of fees.

NFT is another filed that Nobility wants to explore in the near future. The team members are talking to different artists right now so that winners of the tournaments can win NFTs, in addition, Nobility plans on giving NFTs to community members as well.

Why Invest in Nobility?

Nobility believes esports is the future, some of today’s worldwide esports tournaments are even bigger than the super bowl and NBA championships, by mixing it with booming cryptocurrency market, it’s going to spread globally. Besides, Nobility is the only token that backed by esports organizations, which can bring it a lot more credibility than other projects.

In addition, Nobility holders can earn BUSD by just holding over a certain amount of NBL tokens, which is pretty much passive income. Users don’t have to do anything but just hold to earn money, which is almost like staking, but completely automated and passive.

Investors can buy NBL token at LBank Exchange and PancakeSwap right now. For those who believes in the future of esports and crypto, Nobility surely provides a great opportunity to get into both worlds at once.