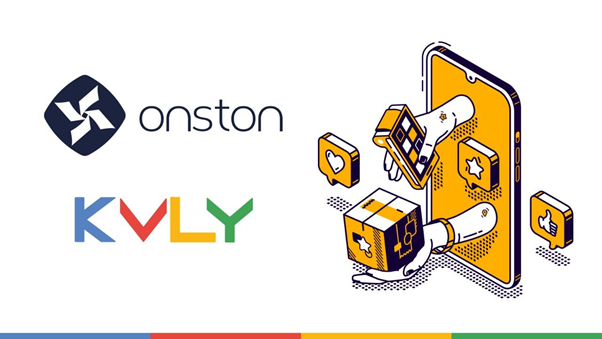 ONSTON signed an MOU with KVLY

– Leading the future with strategic partnership in Metaverse project

On November 30th, ONSTON signed a memorandum of understanding (MOU) for the development of metaverse with KVLY, a subsidiary of Cube Entertainment Inc. (hereinafter ‘CEI’). On December 2nd, the two companies announced that they have decided to cooperate in developing a metaverse project, including technical cooperation between ONSTON and KVLY.

ONSTON is a multi-metaverse cross-chain token targeted for facilitating interaction and integration among different metaverses and has formed strategic partnerships with renowned blockchain foundations such as Polygon. Recently, Richard Wang of Draper Dragon joined ONSTON project as advisor.

ONSTON was first listed on Bittrex, a leading cryptocurrency exchange based in the U.S., on November 19th, and is scheduled to be listed on a number of global top exchanges in December this year and during the first half of the next year.

KVLY said “We have partnered with leading companies such as ‘Wang Yi Music’ under Wang Yi Group, short clip platform ‘TikTok’ of ByteDance, and media platform ‘iQiyi’, and signed an MOU with ‘Alifish’, a subsidiary of Alibaba Pictures Group of China.”

Meanwhile, CEI, the parent company of KVLY, had a meeting with Sebastien Borget, CEO of ‘The Sandbox,’ which serves the Metaverse platform ‘The Sandbox,’ a subsidiary of Animoca Brands, on December 17th  and discussed collaboration on the Metaverse business in the future.

Earlier, CEI announced the establishment of a joint venture in order to develop a K-POP music metaverse platform with Animoca Brands, a global blockchain game developer.

ONSTON said, “With this MOU, we plan to dominate metaverse market in advance by acquiring China’s leading partners through successful cooperation with KVLY, which has professional advantages in producing high quality contents, featured with its capability to cast top stars, to publish photo books, and to produce concerts. ONSTON will distribute such high-quality contents toward Chinese users along with Chinese partners selected and recommended by KLVY through ONSTON MarketPlace.”