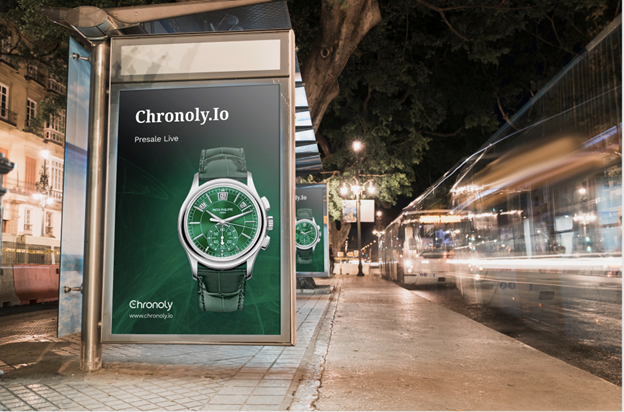 PancakeSwap Vs Chronoly.io Which Surged By 560% In July Here’s Why

The current crypto market is driven mainly by two sets of cryptocurrencies: A majority of projects have been trying to introduce new business strategies to prevent their token’s value from falling, and very few projects have come up with new cryptos with unique use cases and have registered a huge success.

PancakeSwap (CAKE) and Chronoly.io (CRNO) are apt instances of the two sets of cryptocurrencies mentioned earlier. While PancakeSwap (SWAP) has chalked out new plans to increase the value of its token, Chronoly.io CRNO token has grown by more than 500% during its the last 6 weeks and there is a good reason why.

PancakeSwap is a relatively new player in the global DeFi sector. PancakeSwap is a decentralized exchange created on the Binance Smart Chain. It facilitates the trading of BEP-20 tokens and uses an automated market maker (AMM) model to provide liquidity and allow users to create income streams from their cryptocurrencies. The native token of PancakeSwap is CAKE. The platform allows users to farm and stake CAKE to earn rewards.

PancakeSwap popped up in the news in early June when Binance announced it had invested in the crypto project. This increased the value of CAKE. However, the price slumped again due to a bearish market. Since the price of CAKE is highly susceptible to market sentiments, the recent market crash hurt the project badly. The Pancake Swap project witnessed a downfall as its trade volume declined, owing to the downfall of the crypto market.

As a strategic measure, Pancake Swap (CAKE) is planning to put a supply cap to enhance its token utility. The move aims to stabilize CAKE and encourage more investors.

Besides, the project developers are planning to add more value to the Pancake Swap staking system to increase the usability of CAKE. The new developments might see the introduction of vCAKE, bCAKE and iCAKE.

Although it has not posted any mammoth gains, PancakeSwap (CAKE) has managed to be the focus of crypto enthusiasts in recent times. The cryptocurrency was able to register a surge in its price amid the current bearish market, indicating a price rise in future.

While most cryptos have been unable to endure the current market fluctuations, Chronoly.io CRNO token has been trading in green and has grown substantially since its presale launch.

Chronoly.io is the first-of-its-kind blockchain-based marketplace that enables users to buy,sell and authenticate rare luxury watches. The Chronoly.io platform lets users make fractional investments in the NFTs that are asset backed by the physical version of the watch.

What sets Chronoly.io apart from other projects is the stability, authenticity and real-world use cases of the CRNO token. Chronoly.io boasts of being a rare crypto project whose value is not based on speculation and hype but on real-world assets. All the NFTs minted by Chronoly.io are backed and secured by physical luxury watches like Rolex, Patek Philippe, and Richard Mille, among others.

The company follows a transparent process. Chronoly.io purchases physical versions of rare collectable watches from multinational brands and stores them in secured vaults across the world, and mints NFTs against them. This lets investors feel assured about the security of their funds with Chronoly.io.

On this platform, people can invest in luxury watches for as little as $10. Buyers can also purchase 100% of an watch NFT and burn it for the physical version of the watch.

Thus, crypto investors have been putting their faith and money in Chronoly.io as they are sure of the project’s stability and profitability. The price of Chronoly’s CRNO, which was $0.01 in May 2022, has now climbed to $0.066 and is expected to reach $0.50 before the end of the pre-sale. Meanwhile, analysts have predicted that CRNO can rise by 2,500% in the coming months. The popularity of the CRNO token can be gauged by the fact that it has grown massively during its pre-sale that it is being pegged as a serious challenger to long-standing projects like Bitcoin and Ethereum.

For more information about Chronoly.io Presale