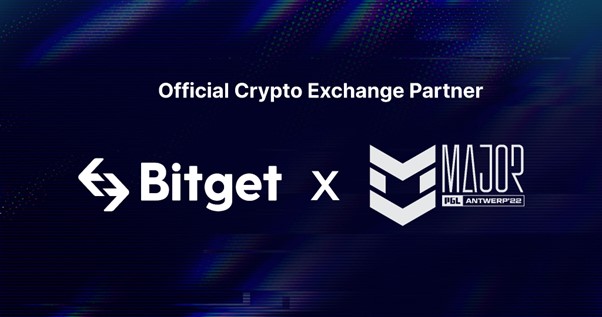 Founded in 2002, PGL is an innovative and independent tournament organiser. Since its launch, PGL has been running offline events and producing esports-related content for a national and international audience.

Based on the sponsorship between Bitget and PGL, Bitget’s logo appeared throughout the live-streaming of the tournament, alongside broadcast sessions with commentators, as well as an innovative inclusion of a live chat box where viewers were able to interact directly with Bitget. Moreover, multiple giveaways in relation to Bitget’s flagship bi-annual trading event KCGI, were also introduced on PGL’s Twitch account. PGL viewers who successfully opened accounts on Bitget were awarded USD$5 worth of BGB upon completing KYC.

On the final day of the PGL Major Antwerp 2022 tournament, there were a total of more than two million peak viewers, resulting in close to six million hours watched, resulting in a significant boost in the brand impression of Bitget globally as well. More specifically, Bitget’s official telegram account grew by 10% with more than 10,000 new members. The giveaway campaign resulted in close to 3,000 clicks.

Commenting on the latest sponsorship updates, CEO of Bitget, Sandra Lou, said, “Firstly, congratulations to the winners of the PGL Major Antwerp 2022! We are extremely pleased to see our partner PGL host such a successful tournament and garner such a huge following on its live-streaming platform. As its official esport crypto partner, witnessing such incredible results further strengthens our commitment to and trust in PGL. Being able to build such synergies across different industries signifies the widening adoption of crypto across esports and other traditional sports organisations. We look forward to collaborating with more like-minded partners to allow more users to have the opportunity to understand the complex crypto ecosystem.”

The partnership with the PGL RMR and Major follows Bitget’s engagement with Juventus, an Italian football giant with over 120 years of history, as well as esports team “Team Spirit”, which was the second-ever Eastern European team to become The International champions since Natus Vincere in 2011 while securing the biggest prize pool in esports history – US$18 million.

Established in 2018, Bitget is one of the world’s leading cryptocurrency exchanges. Currently serving over two million users in more than 50 countries around the world, Bitget accelerated its mission to promote decentralised finance in 2021 with a 500-strong workforce spanning over 20 countries.

Since Bitget’s official launch in the crypto derivatives market in June 2019, the platform has now become one of the world’s largest crypto copy trading and derivatives exchanges, and is ranked in the top five globally by CoinMarketCap and CoinGecko for derivatives trading by volume. Bitget’s flagship product, One-Click Copy Trade, has attracted more than 20,000 copy traders, innovating the experience for crypto derivatives traders worldwide.

Adhering closely to its philosophy of ‘Better Trading, Better Life’, Bitget is committed to providing comprehensive and secure trading solutions to users globally, aiming to be the portal that transcends Web2 and Web3, that connects CeFi and DeFi, resulting in an expansive bridge to the vast web of crypto. In September 2021, Bitget announced its sponsorship of world-renowned football team Juventus as its first-ever sleeve partner and PGL Major’s official esport crypto partner soon after. Partnerships with the leading esports organisation, Team Spirit, and Turkey’s leading and long-standing football club, Galatasaray, were also announced in early 2022.