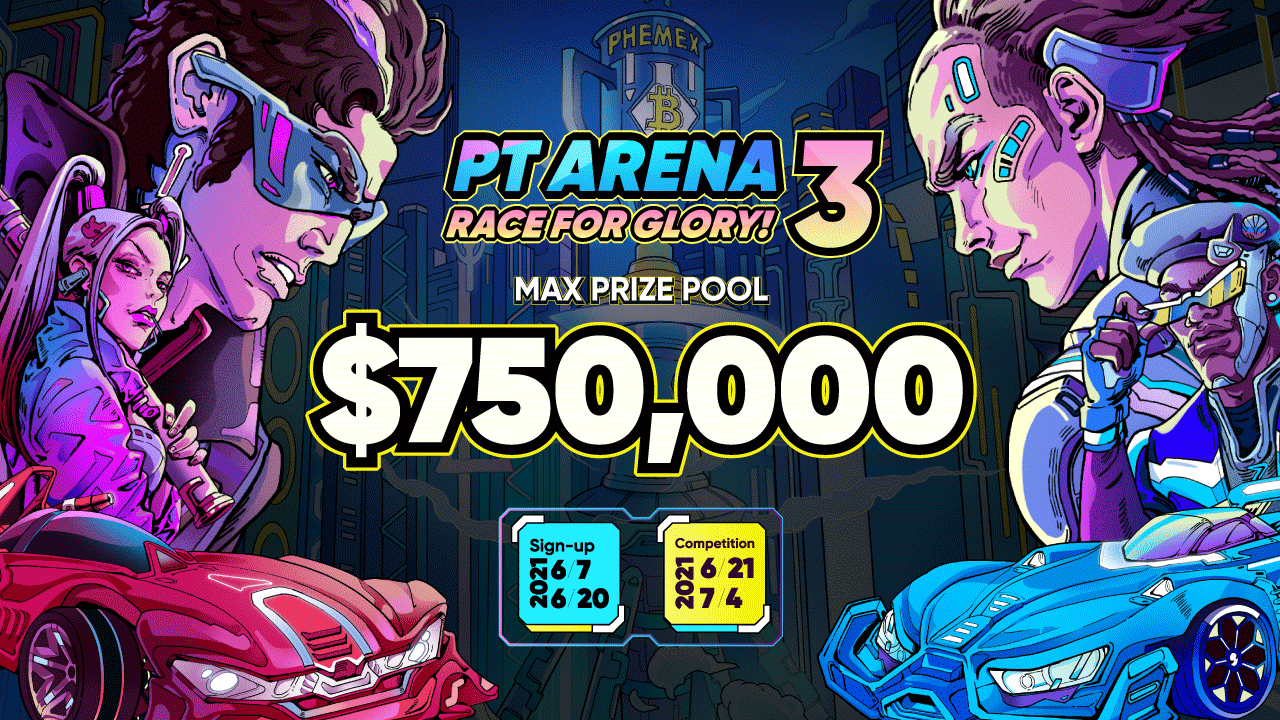 The Phemex Traders Arena has returned for a 3rd edition, the Race For Glory. With rewards up to $750,000 paid in Bitcoin, traders can join or form their teams and compete for a chance to fill their bags and make a name for themselves in the crypto space.

As in the previous edition, this year’s Phemex Traders Arena will be a competition based on the BTC/USD crypto contract trading. The exchange has decided to maintain its trading rules but has installed new requirements for those looking to participate.

Anyone signing up must have a Phemex BTC Trading account with an initial value of 0.005 BTC at the time of registration. This process will begin on June 7 until June 20, captains and their team will be allowed to register.

Once completed, the competition will take place from June 21 to July 4. Subsequently, team and individual prizes will be distributed on July 12. Everyone that signs up can potentially earn a reward. Follow Phemex official Twitter handle to receive random daily merchandise prizes.

How Much Can You Earn At The Phemex Traders Arena?

The teams will be ranked based on the Return on Investment (ROI) for 25% of their best traders. If a team has less than 40 members, Phemex will calculate their ROI based on the top 10 trader’s average.

The captains of a winning team will receive 40% of their team’s reward. In addition, Phemex has enabled a new reward for these team members to be received in relation to their team’s size. If a captain can form a team of 10 members, the minimum for the competition, they will be awarded $300. This price goes as high as $6,000 for a 200 members team.

The final value of the total prize pool can go as high as $750,000, depending on the final number of participants.

Individuals will be ranked based on their Profits and Losses (PnL).

Join the Race for Glory Now!