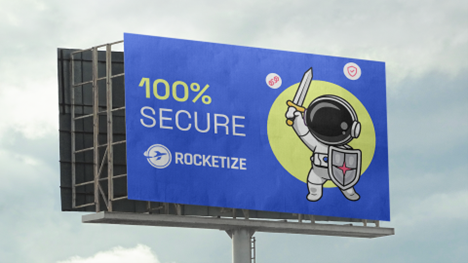 Although we’ve witnessed the potential of meme coins in the crypto market, just a few of these coins have been able to match up with Dogecoin (DOGE) and Shiba Inu (SHIB) growth. While a few of the meta failures can be attributed to the current market crash, part of the problem is that these top meme coins have offered enough relevance to the market, whilst others have not. However, this trend is anticipated to start changing.

Meme coins promise to do better with the new coin, Rocketize (JATO). The new coin is hoping to further propel the meme coin meta. Additionally, Rocketize Coin is currently in its presale phase offering users the opportunity to get in early and reap the rewards.

Rocketize (JATO): A New Rocket in the Cryptosphere 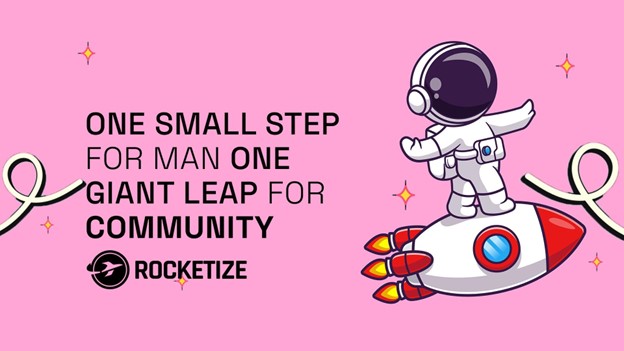 Rocketize (JATO) is still in presale, but it’s already stolen the spotlight as analysts refer to the crypto coin as a remarkable project that has a lot of growth potential. Rocketize (JATO) has a major goal of combining DeFi architecture with a DAO to ultimately revolutionize society’s financial goals. Rocketize is built based on the Binance Smart Chain (BSC). The platform has developed its native token JATO as a deflationary token, as it plans to burn tokens to make the token scarce and increase the value of its token over time.

Rocketize native token JATO is a DeFi currency that will drive a community of users known as Atomic Nation. The Rocketize community is the most potent and effective facet of the Rocketize ecosystem. Currently, Rocketize’s (JATO) main goal is to conduct an aggressive marketing campaign that will draw investors to the platform during this presale stage before the official launch. It has put in place incentives for early purchases. Buy now to join the network with the most anticipated potential of the century.

In 2021, the Dogelon Mars platform made the spotlight with a price increase of 800% and has since then positioned itself as one of the most promising meme coins on the market. The coin is currently listed on Uniswap which is one of the biggest decentralized exchanges in the industry. Although Dogelon Mars was severely affected by the current bear market, especially in June, the meme coin has managed to recover by almost 70% since then and has a total market value of around $800 million.

The Dogelon Mars project is extremely community driven and its token ELON is an ERC-20 token hosted on both the Ethereum (ETH) and Polygon (MATIC) blockchain network. Dogelon Mars can be acquired by swapping ETH for ELON or buying it on crypto exchanges like Crypto.com or its original home, Uniswap. As a meme currency, ELON has no functionality beyond being a store of value and medium of exchange but crypto experts suggest that there’s still room for growth before the year runs out.

Floki Inu’s (FLOKI) community refers to it as a movement rather than merely a multi-chain meme coin. Floki Inu is a multi-chain meme coin whose token supports both BEP20 and ERC20 standard tokens. Floki Inu is a cross-chain cryptocurrency that can be used on the Ethereum blockchain as well as the Binance Smart Chain network. Many objectives were created when the Floki Inu (FLOKI) project was established, and the community has been working effortlessly to realize it all.

Floki Inu (FLOKI) empowers and enables people by merging the power of memes with real utility and charity. The Floki Inu (FLOKI) platform believes that utilizing the power of memes is the only way to take cryptocurrencies mainstream effectively and secure popular adoption since memes appeal to everyone. Charity is also an important aspect of Floki Inu’s identity because the platform believes that blockchain technology and cryptocurrency would be more beneficial only if they make lives easier and contribute to a better world. Therefore, this is why every trade or exchange is subject to a 3% tax. The tax goes to the Floki treasury, which is used for making the world a better place through charitable initiatives, project creation, collaborations, and promoting platform awareness. The Floki Inu (FLOKI) smart contract has been audited by Solidity.

To Follow All Things Rocketize Token (JATO), Hit The Links Below, Including Their Presale!