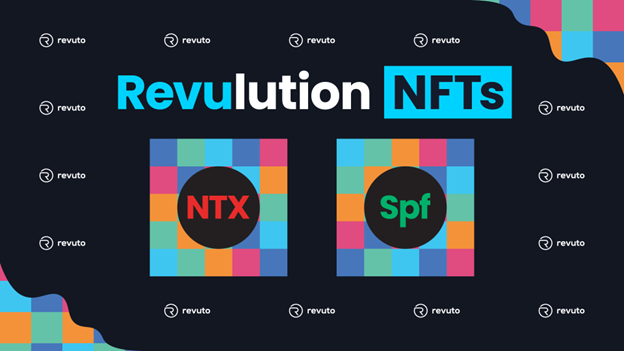 Revuto has the offer of a lifetime for fans of Netflix and Spotify – the sale of 10,000 limited edition NFTs that provide access to those services forever, for a one-time payment of just $349.

The NFT market has been in decline recently with trading volume suffering amid a huge bearish sentiment in the crypto industry. Yet Revuto may well change this with a totally unique spin on the idea of NFT utility.

Revuto is a Cardano blockchain-based subscription management app that aims to make the way we pay and manage subscriptions more efficient and advantageous for users. Subscriptions are a multi-billion dollar industry, with millions of people around the world paying each month or annually for access to various services – gaming, streaming, fitness, digital news etc. The subscription economy has been revolutionary, providing people with an affordable way to access such services by paying a small, but regular fee.

That said, the subscription process doesn’t always provide such a great deal as consumers don’t really have much control once they’ve paid. The problem is that if you pay for a year’s membership to a gym or access to Spotify, you’re basically stuck with that subscription, even if a change in circumstances means you can no longer use it. For instance, if you suddenly go deaf, you’re not going to be listening to Spotify anymore, but that company won’t be sympathetic enough to issue a refund. There’s no way to unsubscribe, so it means you’ve paid upfront for a service you won’t be able to use.

This is where Revuto thinks it can help with its revolutionary idea of Revulution NFTs, which have multiple advantages, giving users a way to subscribe to any service for as long or as short a duration as they’d like, with the ability to sell that subscription if they no longer need it. Other benefits include being able to pay with cryptocurrency, pause subscriptions, or save money with discounts and free trials.

All in all, it sounds like a good deal, but how does it work? The answer is Revuto’s Revulution NFTs, which tokenize subscriptions in order to give users more control. Instead of paying Netflix directly for a year’s access, you can now buy a Revulution NFT from Revuto, for any length of time. Along with the NFT, you’ll receive a virtual debit card from Revuto’s partner Railsr, which is regularly topped up and used to pay for the actual service.

The advantage of NFTs is that they can be bought and sold. So if you really do go deaf and still have six months on your Spotify subscription, you’ll be able to recoup the money you paid for it by selling it to someone else. With this revolutionary idea, Revuto is creating a secondary marketplace for digital subscriptions.

Revuto said that whenever a Revulution NFT changes hands, the old owner’s virtual debit card will be canceled, with a new one issued to whoever bought the NFT. In that way, it suddenly becomes possible to transfer subscriptions for the first time.

To celebrate what is, without doubt, one of the most innovative NFT use cases to date, Revuto has announced it’s selling 10,000 Revulution NFTs priced at $349 each, providing lifetime access to Spotify and Netflix.

“Our Revulution NFT for Netflix or Spotify is just the start, and also an introduction to the subscription NFTs that people will be able to use to pay for any subscription in the world, for however long they want,” said Revuto co-founder Josipa Majić. “With such a unique approach, Revuto is introducing something completely new to the world of subscriptions, something that will enable the creation of an entirely new market of prepaid unused subscriptions.”