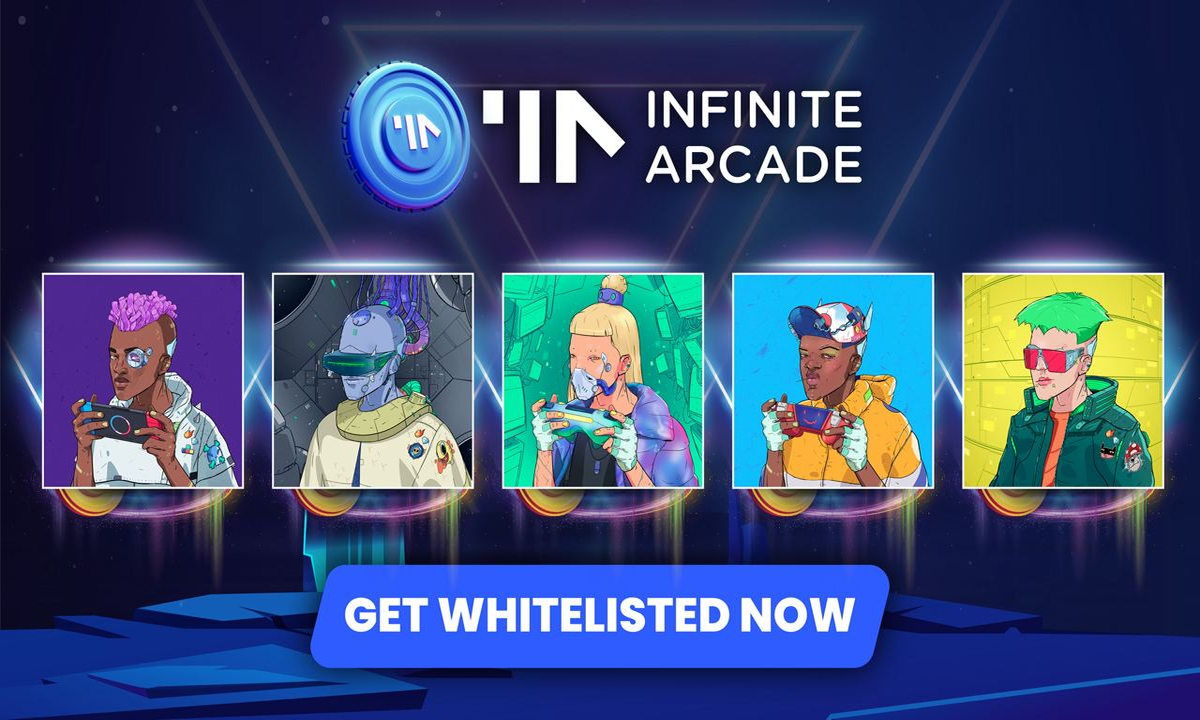 Searching For The Next Great NFT Alpha? Infinite Arcade Has Got You Covered

With the NFT space getting more saturated by the day, the search for the next big alpha can often seem like a futile venture. However, there are projects that show to be a perfect opportunity just at a glance and Infinite Arcade is one of those.

This play-to-earn project is operating in a very young space but has managed to distinguish itself from the influx of play-to-earn games in the NFT space. It is a project that features thousands of simple, yet fun, games on the Polygon network. The decision to build on the Polygon blockchain is the fact that it is one of the fastest, most scalable, and requires low transaction fees.

Infinite Arcade has already launched 15 play-to-earn games that are being enjoyed by gamers all around the world. The cool thing about this game studio is their ability to make easy to play, immersive games. These games do not require hours of gameplay to understand, and what’s more, gamers get to earn some cool cash by just playing their favorite titles.

The games are immensely successful in the market. However, Infinite Arcade is far from done. The team plans to roll out more than 200 games all through 2022. This is to give gamers more options to enjoy while making money from playing these games. Its partnership with Coda and successful track record shows that upcoming games will only be bigger and better.

Going by the first two batches of NFTs that were released, this collection is expected to sell out just as fast. This is why Infinite Arcade decided to open up a whitelist, which only allows those who are on this whitelist to buy an Infinite Arcade NFT on May 10th.

These NFTs will allow the owners to play all existing and upcoming game titles from the game studio. The minting date is set for May 10th, where all whitelist members will be able to get their hands on these valuable NFTs.

Whitelist registration is now open until May 9th. All that is required is an email address, Discord username, and a wallet address. Hurry now as whitelist spots are quickly running out!

Taking The Space By Storm

Infinite Arcade is strategically positioned to become the biggest blockchain game developer in the space. The blockchain platform is poised to set the mobile gaming space ablaze by launching into a new era of metaverse gaming.

It recently announced a partnership with Nexxt Gaming Guild (NGG) who is dedicated to lowering the barrier to enter NFT and P2E games by providing scholarships to gamers. They offer frequent giveaways, tips & tricks, educational content, whitelist spots, early access, and beta testing to their community. They will also have Infinite Arcade scholarships available for gamers who are unable to buy their own NFT, but would like to enjoy the games and earning aspect from Infinite Arcade.

With this partnership, each NGG scholar is able to earn from $100 to $1,500 by joining the NGG Discord channel and applying for a scholarship. The amount awarded to a scholar each month will depend on the games and their rank on the leaderboards.

Infinite Arcade also operates on a dual token system; the TIC and ARC tokens. The TIC token is the tokens earned by gamers for playing Infinite Arcade games, which is tradable on decentralized exchanges (DEXes) and has an unlimited supply. ARC is the governance token of the Infinite Arcade ecosystem with a limited supply of 3 billion tokens. ARC tokens will be available via an IDO scheduled to take place in the third quarter of 2022.

To join the Infinite Arcade whitelist;