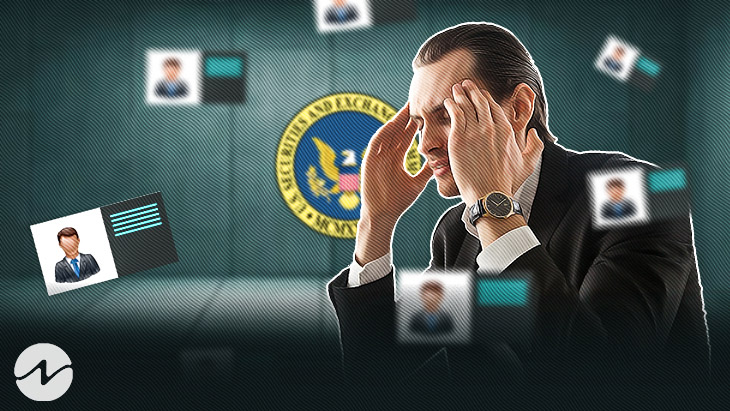 by Muhammad Ali
in Crypto News
0

The U.S. Securities and Exchanges Commission (SEC) accidentally disclosed the private information of crypto miners from the blockchain company Green. In a recent report, the agency leaked the contact details like names and email addresses of several cryptocurrency miners working with the Green blockchain company.

On January 17th, the Washington Examiner reported that the authority had been monitoring Green for years. This disclosure emerged because a financial regulator mistakenly forwarded an email to the blockchain company that contained the identities of over 650 individuals.

Washington Examiner said the leak may have broken US federal law. In addition, according to reports, the information may link to hacks on Green’s blockchain nodes. However, there have been no additional hacking reports since the data leak announcement.

According to the facts, Green’s disclosure constitutes an offense for which the agency may one day be held accountable. But, on the other hand, the SEC’s official spokesperson ensures the privacy of personal information by saying:

“Protecting the privacy of all parties is critically important, and the SEC is looking into this matter.”

It has been common for hackers to try to steal client data from centralized exchanges, but it is thought that accidental leaks by government officials happen much less often. In October, two Chinese intelligence agents were accused by US prosecutors of trying to pay a double agent with Bitcoin.

How SEC Performed With Other Crypto Platforms?

SEC sued Gemini and Genesis, two cryptocurrency exchanges, for selling “unregistered securities” through Gemini’s lending program. In addition, other platforms like BlockFi and Coinbase have also run into trouble with the agency by paying hefty fines to the regulators.

Despite this, the recent episode with Green will not prevent the SEC from prosecuting cryptocurrency-related issues. On the contrary, the government agency has established a foothold within the confines of crypto regulation. For example, the agency investigates the collapse of FTX and accuses its former CEO, Sam Bankman-Fried, of violating the anti-fraud sections of securities legislation.

John Stark, a former head of the Securities and Exchange Commission’s enforcement office, has expressed concern about a “regulatory onslaught” from the agency. Stark thinks the authority will make even more significant inroads into the business in the future, although crypto enthusiasts are already feeling stifled.

Gary Gensler, chairman of the U.S. Securities and Exchange Commission, has stated that the agency will employ all available means to ensure that crypto platforms respect SEC regulations. He also suggested that the campaign on uncompliant crypto businesses was starting to heat up.

Featured Image From Thenewscrypto and Chart From Tradingview.

Muhammad Ali is a crypto enthusiast and crypto journalist who got into crypto in 2016 by trading and investing. Having a keen interest in the monetary policy implications of Bitcoin and cryptocurrencies he began writing about crypto and blockchain technology in 2017. He has managed numerous crypto-related projects and is passionate about all things related to blockchain.