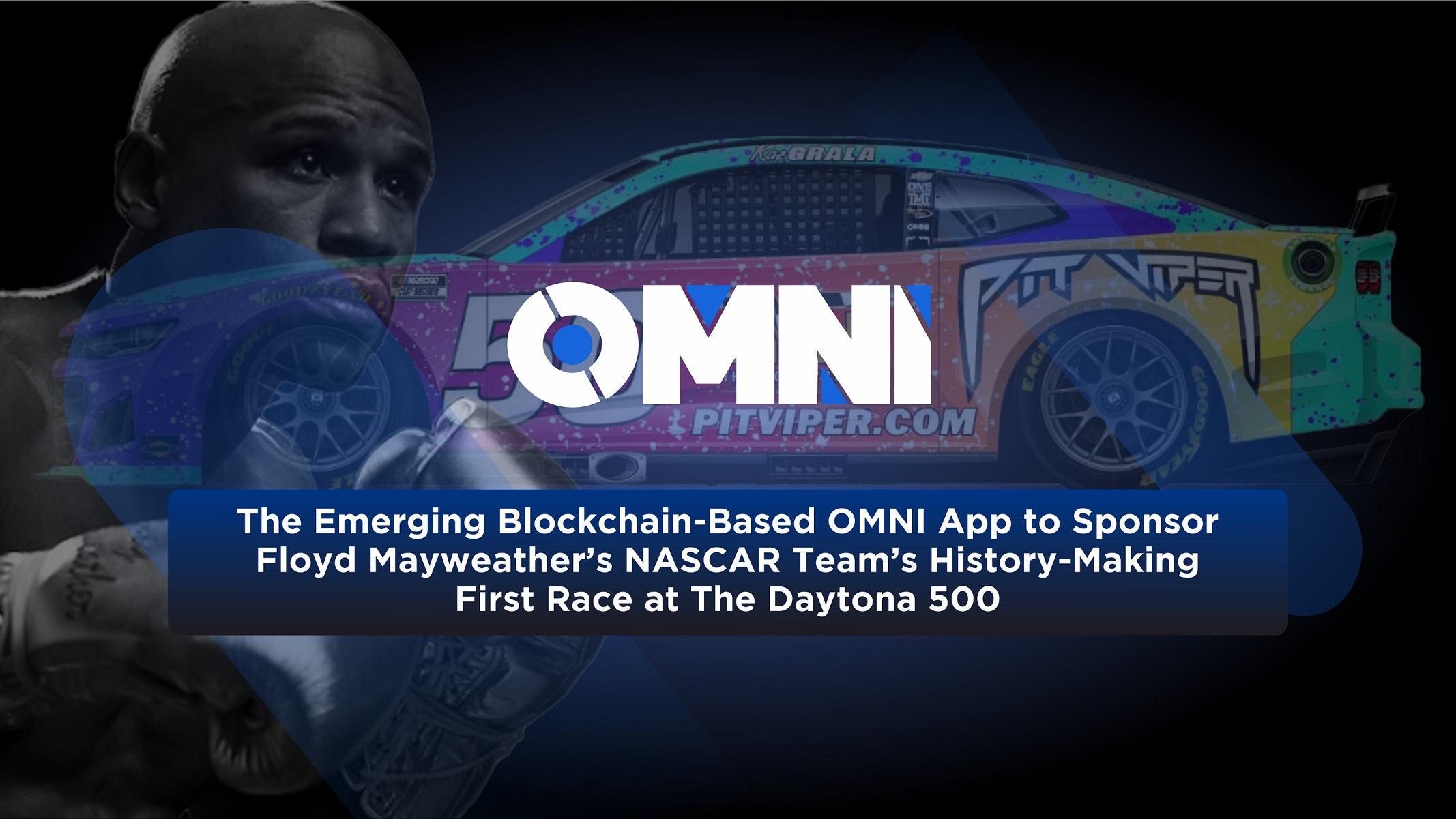 DAYTONA BEACH, FL — FEBRUARY 18, 2022 — Blockchain-based social media platform OMNI (www.omni.ai) today announced that it would sponsor boxing legend Floyd Mayweather’s NASCAR team The Money Team Racing (TMTR). As an associate sponsor of the team, OMNI branding will appear on the Money Team’s No. 50 Chevrolet at the Daytona 500 this weekend alongside other sponsors like Pit Viper and ONE Entertainment Group.

Earlier this month, Hall of Fame boxer Floyd Mayweather announced his new NASCAR team scheduled to debut at this year’s Daytona 500, a 500-mile-long NASCAR Cup Series motor race held annually at Daytona International Speedway in Daytona Beach, Florida. OMNI’s sponsorship of the team, which includes driver-side branding on the car, comes as it gears up for its North American beta launch this spring. Ahead of its beta release, over 500,000 users have already registered for early access to the OMNI app.

“We’re incredibly excited to be part of this major sporting event as we get ready to unveil our decentralized social media platform aimed at empowering a new generation of creators,” said Petrix Barbosa at OMNI. “Floyd is a world-class athlete who not only dominated the boxing world but also social media and pop culture, so we couldn’t have found a more iconic partner. We are also pleased to support diversity and inclusion in sport as The Money Team Racing is one of a few majority minority-owned teams in the sport of NASCAR.”

Deployed on Binance Smart Chain and Polygon, OMNI is a blockchain-based social media platform that aims to democratize content creation and monetization for emerging and established creators alike. OMNI empowers creators to have full ownership and control over their content—and their careers. The app allows creators to fully monetize their work with token incentives for creating content and a token-based tipping system. Users are also incentivized to engage with and share content.

OMNI’s sponsorship of TMTR was spearheaded by Brent Johnson, the social media platform’s newly-appointed CMO through his firm ONE Entertainment. Johnson stated, “There’s currently a void in the social media space for a platform that truly aligns its success to that of its creators, and I believe OMNI is well-positioned to fill that gap. This partnership with Mayweather’s team is a preview of what’s to come as we continue to tap our network to reach world-class creators and tastemakers to expand OMNI’s influence and reach.”