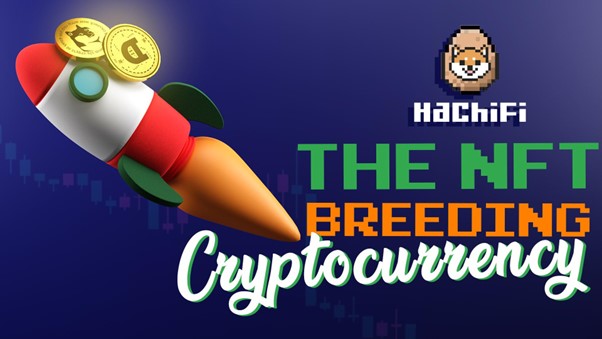 HachiFi token is a new cryptocurrency soon to be launched in the coin market centred on the NFT space. Because of the enthusiasm around NFTs, many questions regarding this token’s credibility have been popping up, especially on Reddit crypto.

So, in this article, we’ll be guiding you on everything there is to know about HachiFi, and what it promises its users beyond the cryptocurrency price plunge. Let’s dive in.

HachiFi is a decentralized Layer-III platform that aims to unlock the full potential of decentralized finance and redesign it. Although the HachiFi token sounds like a meme coin, it’s instead a utility token.

The HachiFi token will be used to breed unique animal-like NFTs on the platform, Tamagotchi style. Users can buy a digital egg using a specific amount of HachiFi tokens, hatch it, and take care of the emerging animal NFT.

As aforementioned, HachiFi is mostly centred toward NFTs, but it will also create a decentralized application where users can swap their tokens, stake them, and earn rewards.

HachiFi’s main emphasis is on its NFT platform. It will enable users to create (hatch) unique NFTs using its platform. They’ll be able to mint it across several platforms and swap them for other NFTs.

Only 2000 unique animal-like NFTs on HachiFi’s platform make them relatively rare and valuable. Also, unlike other NFTs, HachiFi NFTs are indivisible; each can only be traded as a whole, but not in fractions.

Is HachiFi A Scam?

HachiFi doesn’t seem like a scam, and it’s understandable to be worried because of the current cryptocurrency price plunge. It has a solid structure and employs web3 and NFT elements to deliver a wholesome user experience.

Its native token, the HachiFi token, has real value like most other cryptocurrencies. It will be used to pay gas fees and serve as the intermediate store of value during transactions.

Users can also stake it for returns and swap it for other cryptocurrencies. It’s an entirely decentralized token hosted on the Binance Smart Chain (BSC). This helps you be confident of its speed and immutability in the DeFi space.

Does HachiFi Have A Roadmap?

It would have made an initial exchange offering of the HachiFi token by the end of the first quarter of 2022 and also be listed on CoinGecko, among a couple of other goals. This launch will allow users to purchase the coin as they buy the dip.

Its effective plans for the second quarter of 2022 are to have reached a $500,000,000 market cap and be launched on UniSwap and PancakeSwap, among others.

It would have been launched on several other decentralized exchange platforms for the third quarter. And for the fourth, it would launch its DAO and launch its staking program after attaining a higher market cap.

It will launch the HachiFi decentralized application, its swap platform, and other goals before the end of the first quarter of 2022.

How Many HachiFi Tokens Are There?

As for the token’s market cap, there are about 1 billion HachiFi tokens in total. Its initial launch will see the release of 500 million tokens into circulation.

Why Should I Buy HachiFi Token?

HachiFi token is looking forward to effectively redesigning the NFT space, and innovations like this are usually welcomed pleasantly in the coin market. Buying HachiFi tokens on time as you buy the dip will provide huge returns if the coin surges.