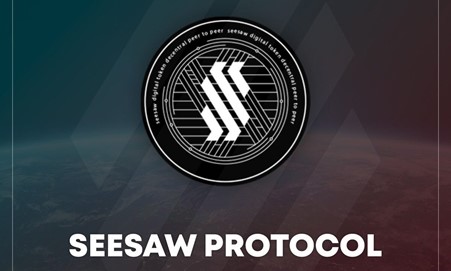 This month, the cryptocurrency market is bouncing back as positive sentiment returns to global markets. Since the beginning of February, Bitcoin (BTC), Ethereum (ETH), and Solana (SOL) have all increased by at least 25%.

There are dozens of fascinating blockchain projects, many of which have the potential to generate substantial long-term returns. Polkadot (DOT) and Seesaw Protocol (SSW), on the other hand, strike me as two of the most intriguing. Both companies are attempting to bridge the divide between blockchains and both are embarking on bold growth strategies that could result in exponential growth in 2022.

Polkadot is a highly scalable smart contract platform comprised of an ecosystem of interoperable blockchains with the goal of outperforming Ethereum.

Polkadot’s relay chain, a Proof of Stake (PoS) consensus-based blockchain tasked with orchestrating the entire platform, is at its heart. Numerous threads, dubbed parachains, are connected to the relay chain, each of which supports decentralised applications (dApps) and decentralised finance (DeFi) services. Certain parachains can even communicate with other blockchains.

In November, Polkadot began auctioning parachain slots to developers. While the process is far from complete – five parachains have been connected to the relay chain as of 2022 – Polkadot intends to support 100 parachains in due course. At that point, the network’s throughput may exceed one million transactions per second (TPS), with each transaction completing in less than 60 seconds. In comparison, Ethereum currently supports 14 TPS and frequently takes up to six minutes to complete transactions.

Polkadot has seen encouraging growth since December 2021, when it onboarded the first parachains. It is already the thirteenth most popular DeFi ecosystem, with over $800 million invested in the platform. More people should adopt the platform as more parachains are integrated and Polkadot’s ecosystem continues to grow. As a result, demand for the DOT will increase, thereby increasing its price. And, at a 40% discount to its all-time high, DOT may be poised for a bull run in 2022.

Seesaw Protocol, like Polkadot, was founded on the basis of interoperability. Transactions are typically conducted on a single blockchain, such as Ethereum (ETH) or Bitcoin (BTC), and data or tokens cannot be transferred between blockchains. However, Seesaw Protocol will serve as a bridge between Binance Smart Chain (BNB), Polygon (MATIC), and Ethereum (ETH), allowing holders to transfer tokens between the three popular blockchains.

Bridges connect parachains and related components referred to as parathreads to other blockchains. Solana’s “wormhole bridge” currently only connects its blockchain to Ethereum. Seesaw Protocol will establish a multi-bridge DeFi and NFT marketplace with the best possible rates by utilising multiple solutions.

Avalanche (AVAX), Polkadot (DOT), and Dogecoin (DOGE) were all massive success stories in 2021, but the early adopters made the most money. As history has repeatedly demonstrated, there can be significant value in entering cryptocurrencies early.

Seesaw Protocol recently launched its presale, providing investors with an excellent opportunity to invest prior to potential explosive growth.

According to Seesaw Protocol’s website, the price of SSW has already increased from $0.005 to over $0.035, implying that holders have already profited by more than 400%. Because holders are unable to sell during the presale, the price can only rise until launch.

SSW Price According to https://seesawprotocol.io

As the cryptocurrency market continues its upward trajectory this month and positive sentiment returns, Seesaw Protocol may be the most expedient path to exponential growth in 2022.