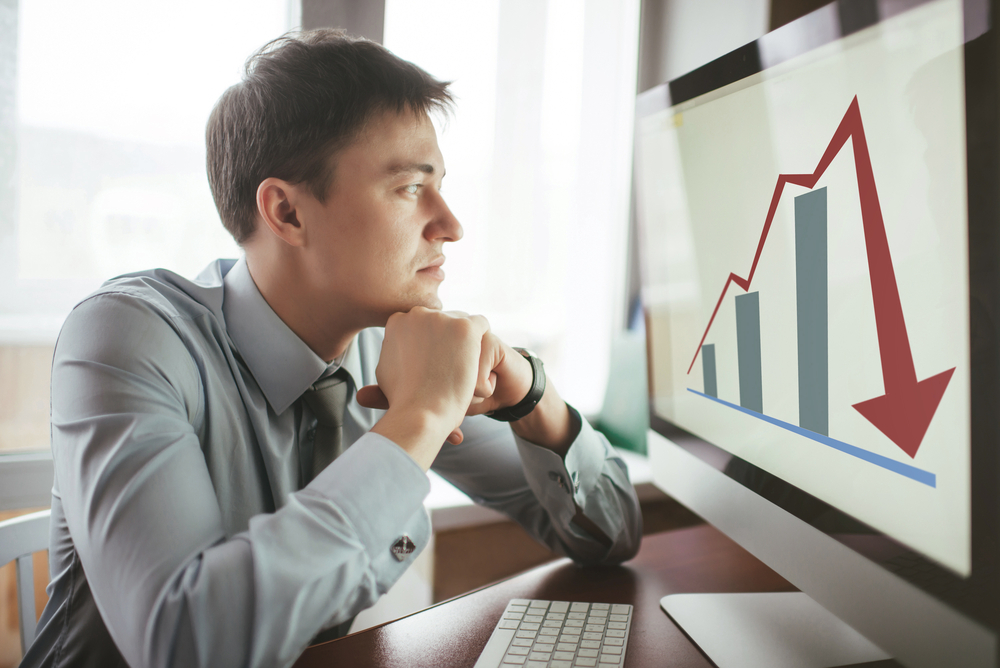 On Wednesday, Bitcoin and the S&P 500 index fell hand-in-hand.

The move downhill started appearing after the U.S. futures hinted to open lower over fears of slower-than-expected economic recovery and resurgence in the cases of virus infections. Eventually, the U.S. equities opened lower and continued sliding downward as the session matured.

The parallel intraday moves in Bitcoin and the U.S. equities markets further turned the former away from its safe-haven narrative. Over the years, traders believed in the notion of a bitcoin rise if the stock market underperforms. However, the cryptocurrency, more or less, is behaving like an equity-like risky asset.

While Bitcoin treads in unchartered territory, the S&P 500 is taking its cues from the constantly-developing macro narrative around the U.S. economy.

Victor Dergunov, the founder of Albright Investment Group, noted that the index risks falling by another 7 percent in the coming sessions. The prominent analyst called the S&P 500’s earlier bull run “artificial” – helped only by the Federal Reserve’s stimulus policy.

“I never believed, and still do not believe, that the economy will return to “normal” any time soon,” he said, adding that the worsening economic conditions could lead the S&P 500 lower to 2,550 points. That amounts to a 20 percent correction from the index’s latest top. 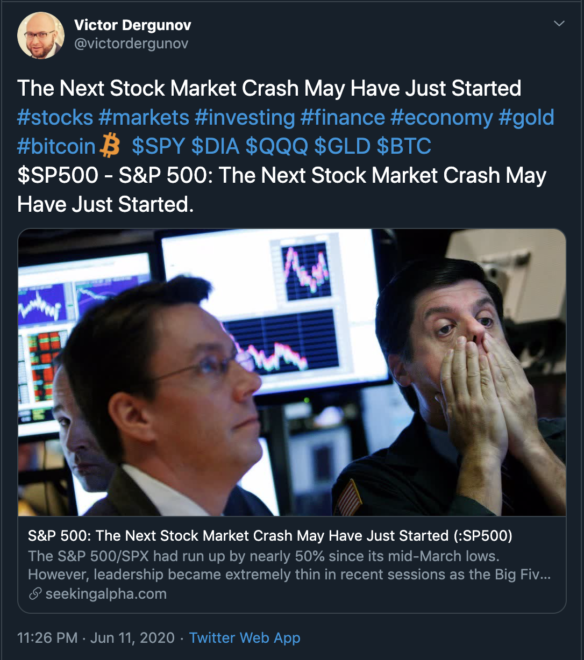 Mr. Dergunov, whose fund also holds a healthy amount of Bitcoin and similar cryptocurrency assets, added that stocks and non-GSM equities/ETF now make up around 15 percent of their overall portfolio. The analyst further stressed that he sees Bitcoin outperforming the S&P 500 due to its “inflation-proof” qualities.

The erratic positive correlation between the S&P 500 and Bitcoin arises from investors’ hunt for cash liquidity. When one market falls, it leads people to exit their profitable positions in the other either to offset their losses to cover their margin calls.

A negative outlook for U.S. equities – therefore – spells similar risks for the BTC market. While correlation is not causation, traders will sell what they want to sell if they need cash – the only real asset they need to survive an economic crisis. 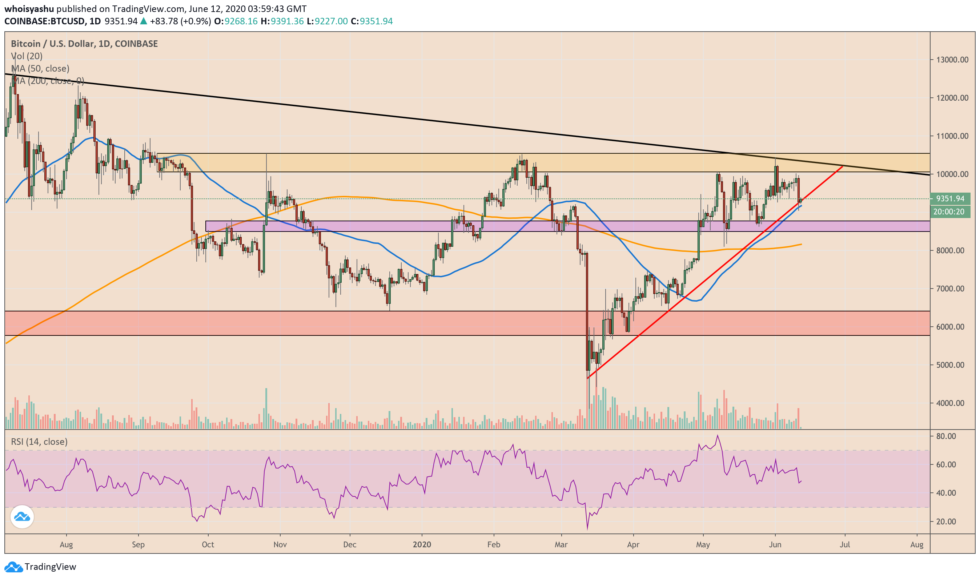 That puts Bitcoin at risk of breaking a short-term ascending trendline (red) as shown in the chart above. Sitting at a profitable yearly gain despite its recent plunge, traders may want to dump their cryptocurrency holdings to offset their losses elsewhere, which eventually invalidates the trendline support.

The expected breakdown could land the cryptocurrency near $8,000, a level it held as its floor throughout May 2020. Meanwhile, if worries over S&P 500’s subsides, it could allow Bitcoin to pare part of its losses and attempt another rally towards or above $10,000.