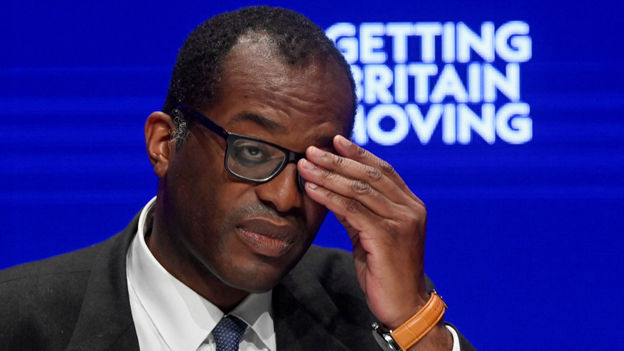 After only 38 days at the helm of HM Treasury, Kwasi Kwarteng has been ousted by Prime Minister Liz Truss as a result of his tax cut announcements in September that sent the UK financial markets nose-diving.

Jeremy Hunt, who has been named as Kwarteng’s successor, is the chairman of the House of Common’s healthcare committee and has previously served as the head of the Department of Health and Social Care.

In a statement posted on Twitter, Kwarteng said it “had been an honor to serve” despite the incredibly short period in office.

The Financial Services and Markets Bill includes measures to give that would bring stablecoins (such as the dollar-pegged Tether or gold-pegged Paxos Gold) into regulation when used in the UK.

Rishi Sunak first announced the bill in April of this as he planned to make the UK a hub for cryptocurrency trading and investing. However, he resigned shortly after in disagreement with scandals that arose around Boris Johnson, the prime minister at the time.

The bill was eventually published in July by Nadhim Zahawi and was debated in Parliament immediately after Kwarteng was appointed in September.

The bill was due to be debated again in the House of Commons committee next Wednesday, but now it remains to be seen if this will happen. What is known is that Hunt is likely to push forward with plans to bring cryptocurrency to the forefront of the UK economy.

Uniglo.io Bullish On This News

With the UK looking to attract cryptocurrency investors to the union of countries, new launches that promise solid backing and quality tokenomics will likely succeed in the British markets.

Uniglo, currently in presale, is a project that is designed to back a deflationary token through real-world tokenized assets such as real estate, watches, and gold. As the value of the treasury increases through trading fees, the Uniglo team will accumulate these assets in NFT form and hold them in a vault.

The revolutionary Ultra Burn Mechanism will continuously remove GLO from circulation, increasing one’s share of the vault over time and increasing each token’s representative value.