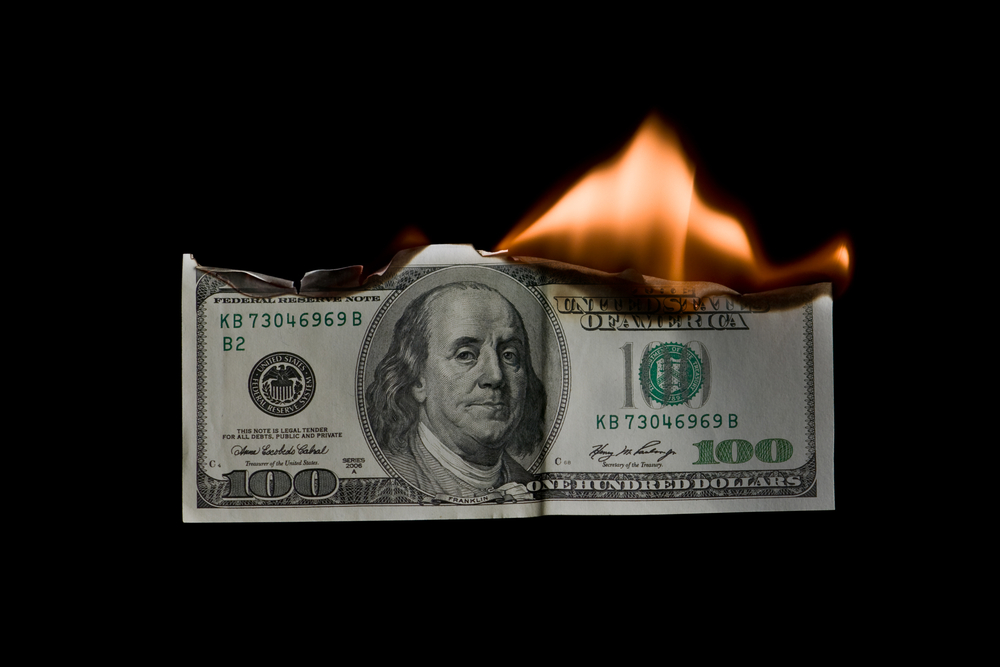 A recent sharp pullback move in the US dollar market is insufficient to log a full-fledged upside breakout.

So says Stephen Roach, the former chairman of Morgan Stanley Asia. The pro-Bitcoin economist wrote in an op-ed that the US dollar could fall by as much as 35 percent by the end of 2021 due to strengthening foreign currencies, rapid macroeconomic imbalances in the US, and the end of the American hegemony over global reserve assets.

Mr. Roach stressed that the net national savings rate in the US has plunged into negative territory for the first time since the 2008-09 economic crisis. It did so with an unusually higher downside momentum, falling 3.9 percentage points from the previous quarter – the sharpest decline since 1947.

The fall in national savings occurred despite a brief uptick in personal savings, the Yale faculty added. It showed that the Americans failed to outrun a record expansion in the federal deficit budget. That happened especially after the US government approved $1,200 relief cheques to unemployed Americans.

While the move boosted personal savings, the need to spend that money resulted in a sharp decline from 33.7 percent in April to 17.8 percent in July. Mr. Roach noted that that savings rate would fall further as the Americans seek another round of relief measures from the US Congress.

“With the federal budget deficit exploding towards 16 percent of gross domestic product this financial year, according to the Congressional Budget Office, the savings plunge is only a hint of what lies ahead,” the economist wrote.

It is not the depleting savings that could put pressure on the US dollar.

Mr. Roach said that he expects the Federal Reserve’s expansionary approach to further trim the greenback. As Bitcoinist also covered earlier, the US central bank’s decision to keeping interest rates near zero until 2023 and target inflation above 2 percent, would keep the US dollar under risks of further declines.

“In short, the vice is tightening on a still-overvalued dollar,” Mr. Roach wrote.

A tightening US dollar upside could leave Bitcoin in a better-than-expected bullish bias, also noted Mr. Roach but back in June 2020.

The economist, nevertheless, added that cryptocurrencies and gold markets are very small to absorb major adjustments in the $6.6 trillion global foreign exchange. But overall, he expected that Bitcoin and gold would benefit from the US dollar’s decline.

At the time of his statement, BTC/USD was trading 148 percent higher from its mid-March nadir of $3,858.

Earlier this year, many renowned names from the mainstream financial sector associated themselves with Bitcoin. That included billionaire hedge fund manager Paul Tudor Jones who allocated 1-3 percent of his $22 billion worth portfolio to Bitcoin Futures. Also, a public-traded firm MicroStrategy purchased $425 million worth of BTC in two separate rounds.

They both cited a weakening US dollar outlook as their primary reason behind their Bitcoin investments.