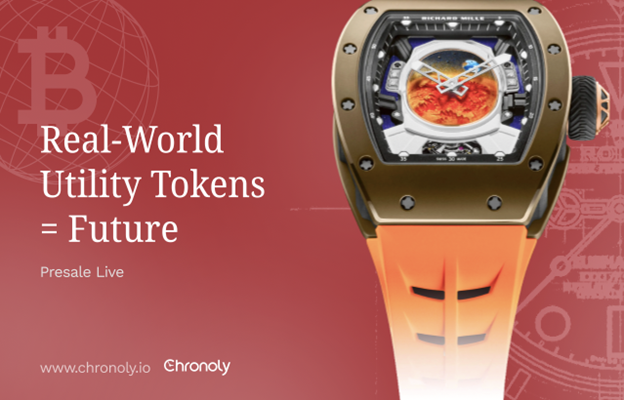 Software developers Billy Markus and Jackson Palmer came up with the idea for Dogecoin as a “joke,” mocking the irrational speculation that was going on in the cryptocurrency market at the time. It is regarded as the first “meme coin” as well as the first “dog coin,” more specifically. Despite being sarcastic, some people view it as a viable financial opportunity. The Shiba Inu dog’s face from the “doge” meme serves as Dogecoin’s emblem and namesake. It was released on December 6, 2013, swiftly built its own online community, and on May 5th, 2021, it had a market capitalization of nearly $85 billion. Could Chronoly (CRNO) replicate that success?

Dogecoin (DOGE) is a dogged performer

As the infamous meme coin may soon outperform other cryptocurrencies, dogecoin price is one of analysts’ top 5 cryptocurrencies to monitor. There seem to be highly bullish technicals from a macro standpoint as being quite optimistic, with targets near the $1.00 price range. As day trading hours anticipate a potential early-entry scenario on June 24, the stars appear to be aligned with Elon Musk’s preferred cryptocurrency.

As the bulls walk back from the historical trend line, the price of Dogecoin is currently trading at $0.062 at the time of writing. The bulls have printed an impulse wave up from the $0.048 lows seen on  June 19th. The DOGE price may rise this month with targets as high as $0.175 by some crypto analysts. Nobody seems to be entirely sure whether DOGE’s dogged performance is due to the continued and very public support of Elon Musk or a true belief for the coin succeeding. Either way, one has to say that, for a cryptocurrency that began as a joke, it is still bringing a smile to the face of its holders.

Chronoly’s native token, CRNO, is the first blockchain-based marketplace that allows small-scale purchasers to buy and sell shares in rare, luxury and exclusive watches from as little as $10. The company will be minting NFT’s which are backed against the physical watch from renowned brands such as Richard Mille, Audemars Piguet and Rolex. Presale is ongoing and has seen the price increase from $0.01 on May 5th to $0.06 at the current time of writing on July 4th.

Chronoly mints NFTs that are backed by real world watches stored in secure vaults worldwide. Chronology then breaks down each minted NFT into fractions that crypto fans can buy, trade, stake and borrow against.  Chronoly members receive additional benefits such as lower purchasing and selling fees, a 10% referral fee, and the chance to win a luxury watch each month through the Chronoly lottery.

Many cryptocurrency traders have been drawn to the project’s shrewd decision to back their NFTs with real-world assets. More than 2,500 investors have purchased about 150 million tokens in pre-sale. As a result, many market experts believe that Chronoly (CRNO) will beat its target price of $0.50 by the time the presale phase ends on 27th September. This signifies almost a further 1,000% gain for investors purchasing CRNO tokens now.  Many crypto analysts feel that Chronoly actually has more to offer investors than Dogecoin does and in the long run, that value will be reflected in the price.