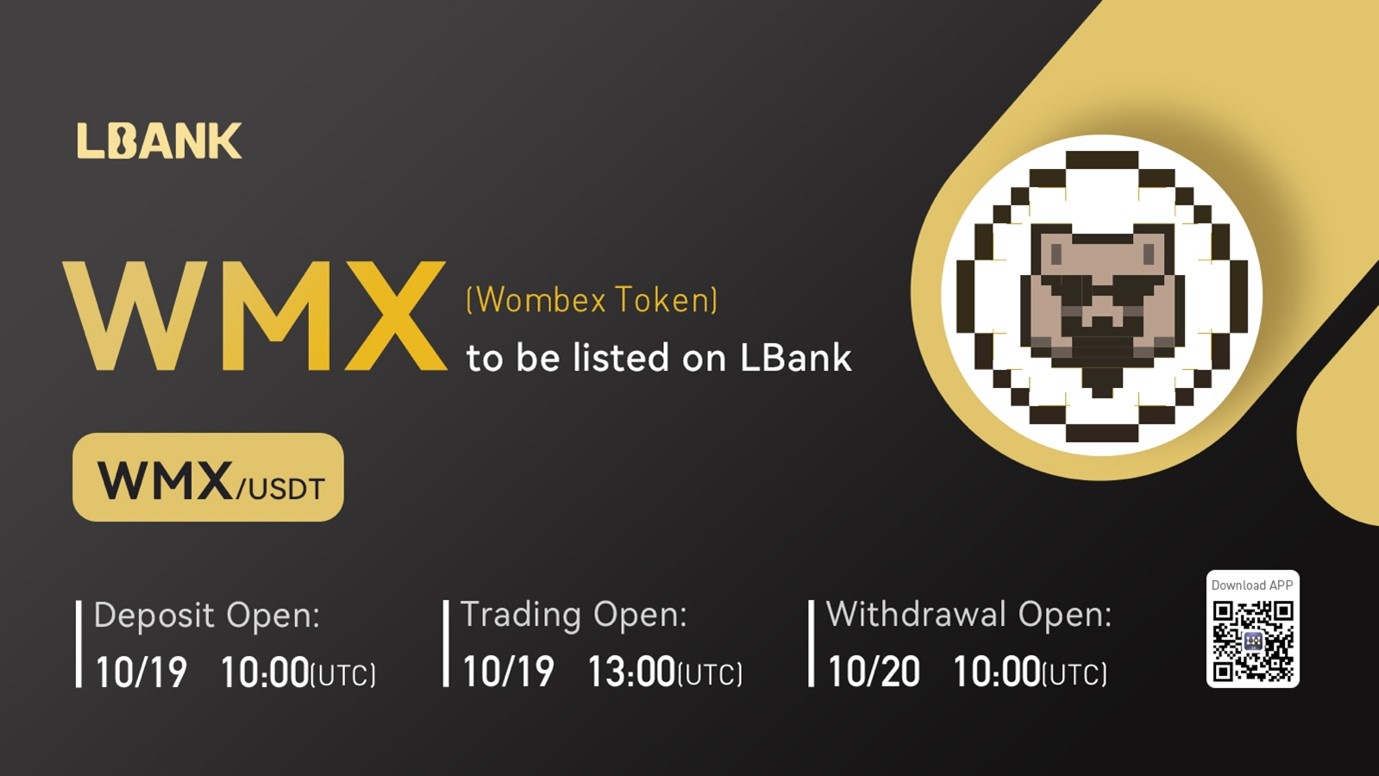 With its groundbreaking multichain stableswap algorithm, Wombat Exchange enables users to swap stablecoins at minimal slippage and stake at maximum yield. Built on top of Wombat Exchange, Wombex combines the power of liquidity providers and Wombat token holders, supercharging each other and accelerating long-term Wombat growth. Its native token Wombex Token (WMX) has been listed on LBank Exchange at 13:00 UTC on October 19, 2022, to further expand its global reach and help it achieve its vision.

Wombat Exchange has introduced an innovative algorithm that resolves many issues of the current AMM environment. It allows for maximum capital efficiency and scalability, which helps promote the growth of decentralized finance, and provides a price-sensitive and path-independent solution while being computationally efficient.

The groundbreaking multichain stableswap algorithm of Wombat allows users to swap stablecoins at minimal slippage and stake at maximum yield. Its open liquidity pool design aggregates liquidity in a shared pool intricately balanced by Coverage Ratios, providing greater capital efficiency. These liquidity pools are also flexible, allowing users to stake with a single token, which facilitates liquidity growth without the need for complex maneuvers. In addition, Wombat helps users swap tokens and earn interest on any stablecoin currency across various blockchains via an intuitive UI. It also uses an asset to liability model and negates slippage until higher transaction amounts and reduces slippage when it occurs.

As a yield aggregation and veToken accumulation protocol built on top of Wombat Exchange, Wombex is a fork of Convex with additional development and improvements to the original models, such as dynamic token emission mechanism, simplified user experience via transaction bundling solution, and customisation for current and future planned Wombat architecture. It combines the power of liquidity providers and Wombat native token (WOM) holders, supercharging each other and accelerating long-term Wombat growth. For this purpose, Wombex accumulates veWOM and aggregates LPs deposits simultaneously.

For WOM holders, Wombex offers the opportunity to earn more on their WOM by staking WOM into wmxWOM (Wombex-owned veWOM). Liquidity providers receive a boost for WOM rewards through wmxWOM, maximizing their yield in stablecoins and WOM additionally earning Wombex Token (WMX).

With a solid and experienced team developing a stableswap that has the potential to significantly advance the growth of DeFi, Wombat will continue to provide pioneering algorithm and solutions that will shape the future of DeFi for the better, while its growth simultaneously being accelerated by Wombex.

LBank is one of the top crypto exchanges, established in 2015. It offers specialized financial derivatives, expert asset management services, and safe crypto trading to its users. The platform holds over 7 million users from more than 210 regions across the world. LBank is a cutting-edge growing platform that ensures the integrity of users’ funds and aims to contribute the global adoption of cryptocurrencies.