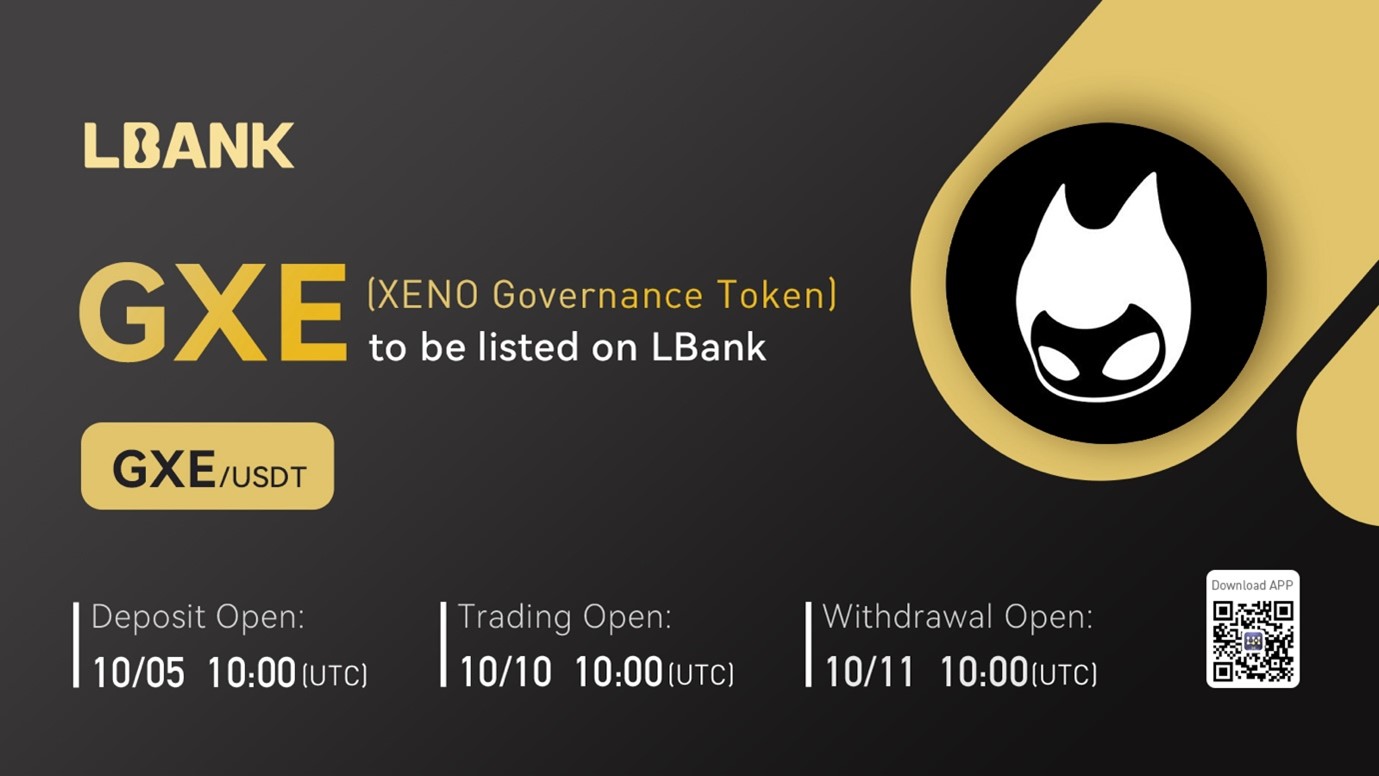 As a PvP game based on Web3 with GameFi aspects, PROJECT XENO enables players to battle using unique NFT characters and win the battles to earn tokens. Its native token XENO Governance Token (GXE) has been listed on LBank Exchange at 10:00 UTC on October 10, 2022, to further expand its global reach and help it achieve its vision.

The listed company in Japan, Crooz, is developing XENO. Crooz is one of the leading mobile social game developers for over 20 years and known for running the giant shopping website, SHOPLIST.

PROJECT XENO is a tactic game with GameFi and e-sports aspects. Players who own NFT characters can acquire Utility Tokens (UT) and NFTs by playing the game. They can also trade NFTs seamlessly through the in-app wallet and marketplace. Their earnings are securely stored in the “General” in-app account with built-in swap functionality.

XENO has also onboarded HIKARU, the most influential YouTuber in Japan, as an ambassador. XENO is moving strategically to face the issues that GameFi has and bring in the non crypto users.

In addition, XENO has collaborated with the greatest of all time boxer, Floyd Mayweather Jr. to launch the exclusive NFT and is acquiring the leading IPs.

The gameplay video is now live for the public and attracting lots of attention.

There is no difference in the "strength" of each character "XENO", and the winner is determined by the player's skill and choices. pic.twitter.com/52xTy9dM0W

The alpha version of the game will be launched in December at the earliest and it is highly anticipated by the users.

There are 5 classes for NFT characters in PROJECT XENO game, such as a breaker, guardian, samurai, and psychic, and each has its characteristics. Players can select various fighting styles by combining skill cards according to their characteristics.

In terms of gameplay, PROJECT XENO’s vision is to design a fair battle that emphasizes strategy and tactics. Thus, the game is unlikely to be a situation where players who possess special characters or items always win.

PROJECT XENO uses 2 types of tokens: a governance token and a utility token. XENO Governance Token (GXE) is its governance token that can be rewarded in the championship tournament. By holding this token, users will be able to have benefits when the NFT sale will be held, have advantage in the game, and enjoy other benefits granted to the users.

LBank is one of the top crypto exchanges, established in 2015. It offers specialized financial derivatives, expert asset management services, and safe crypto trading to its users. The platform holds over 7 million users from more than 210 regions across the world. LBank is a cutting-edge growing platform that ensures the integrity of users’ funds and aims to contribute the global adoption of cryptocurrencies.