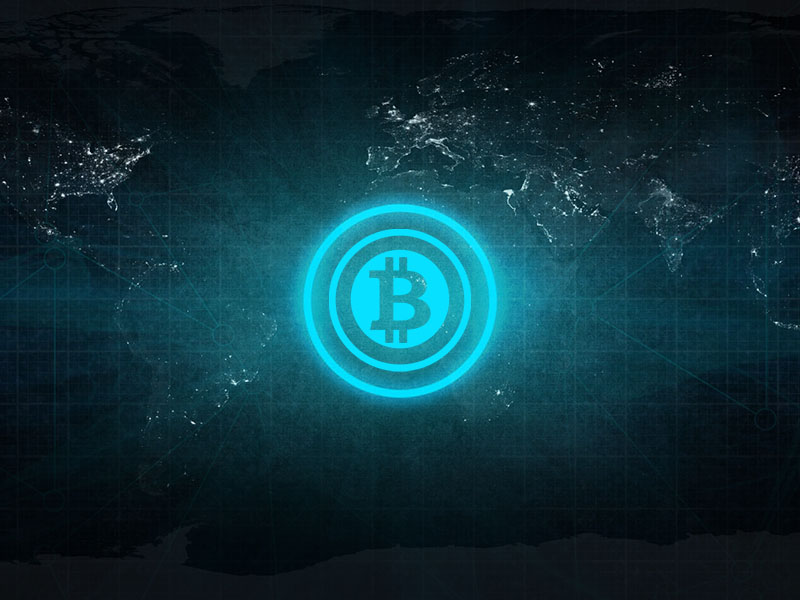 Bitcoin Core has announced the release of a new update, Bitcoin Core 0.12.1. Focusing on scalability, this follows the “Capacity Increases Roadmap” they detailed December 23rd of last year, with Aprils focus to “deploy segregated witness (including Blocksize increase)” according to the table taken from the Bitcoin Core website below.  The release comes during a contentious time for Bitcoin as there are multiple side of an ongoing debate to increase the block size from 1 mb to 2 mb or larger. 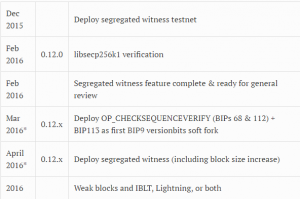 Multiple changes have been detailed that laid groundwork for the Lightning Network, a scalable network of instant Bitcoin and blockchain transactions powered by blockchain smart contracts. Bitcoin Core 0.12.1 also has the ability for up to 29 “parallel soft fork deployments at the same time,” thanks to BIP 9 “version bits.” Not only will it allow more changes to occur at the same time, but these changes will also happen in a faster and more decentralized manner.

The new update also looks to activate BIP 68 sequence locks, BIP 112 OP_CHECKSEQUENCEVERIFY and BIP113 Median time past, or collectively known as “CSV” deployment. However, miners cannot begin voicing support for or against these new changes until May 1st, 2016. BIP 112 is especially important for the Lightning Network, as it will allow Bitcoin to be used in numerous bi-directional payment channel situations.

While we have made some progress into scaling through the introduction of segregated witness, lipsecp256k1 verification, and now the various BIPs included with Bitcoin Core 0.12.1, we still have a long way to go before Bitcoin can rival the transaction capacities of payment networks like VISA or AMEX. The block size debate is also a problem that needs to be solved as well before Bitcoin can truly be a currency used by the majority of the people around the world.

To upgrade from an older version, make sure any instances on Bitcoin Core are shut down. Once this happens, run the installer of the new Bitcoin Core, and you’ll now be running the version. If you want to downgrade, note that 0.12.0 and later are not compatible with pre-0.12 versions, so you’d have to reindex when you start the earlier version of Bitcoin Core to make sure everything is functioning correctly.

Bitcoin Core update shows promise. It will be interesting to see what the next step is towards segregated witness and a larger block size.

What are your thoughts on the latest release from Bitcoin Core? Let us know in the comments below!