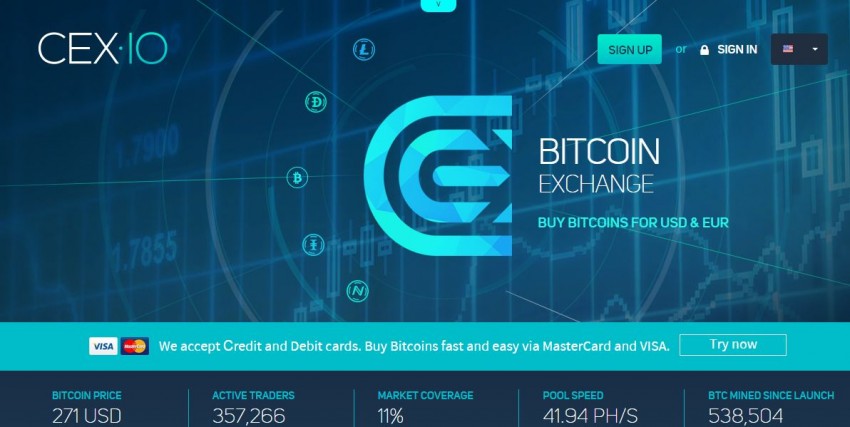 “Taking into consideration our users’ interests, the recent Bitcoin price drop, as well as the upscaling of the mining difficulty, CEX.IO Bitcoin Exchange would like to announce a temporary suspension of cloud mining services provided by the platform at the time of the next difficulty increase.”

The Company stresses that the Bitcoin price is simply too scarce to keep up with the maintenance costs for the moment and points out the Terms of use agreement 11.5. Paragraph to explain this hard decision:

“Mining with using User’s Gigahashes can be stopped by CEX.IO if the amount of the Maintenance Cost exceeds rewards for each mined block or if the mining is economically inexpedient.” 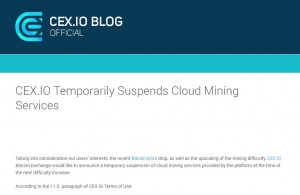 Cex.io users, owning Gigahashes, will now see their mining operations frozen but the company stresses that they will be able to manually enable mining by their own loss. Since the rest of the platform will be operating normally, they will be allowed to keep trading them, as it remains their own property:

“GHS formerly purchased by CEX.IO users remain their absolute property, with appropriate figures reflected in users’ profile balance. Additionally users will be able to manually enable mining with Gigahashes by their own choice.”

The Chief of Information at CEX.IO Jeffrey Smith, explained that:

This not only could mean good news for competitors but also opens the door for new Hardware companies and startups to enter negotiations with the company and get the funding needed to developed new and more efficient hardware.

On the other hand it could also mean that the company is also in trouble and we might see another closing in a near future, or eventually the company will permanently suspend their cloud mining services to continue to operate solely has an exchange.

Unfortunately, if the constant down-trending price keeps descending even further, it will turn mining massively unprofitable and that will surely deliver serious implications.

It seems like 2015 hasn´t brought the community good news so far and this is clearly a negative change within the environment that supposedly can cast the shadow of 51% attack upon the community once again.

The Company has also informed all customers that even though mining operations are to be temporarily suspended, CEX.IO will continue operating as full service exchange platform for trading fiat and cryptocurrencies.

The extreme instability troubling the ecosystem is already widely manifested by several big Companies and this may plunge bitcoin into the “dark ages”.

How do you feel about CEX.io’s suspension of their service and how will affect the market?