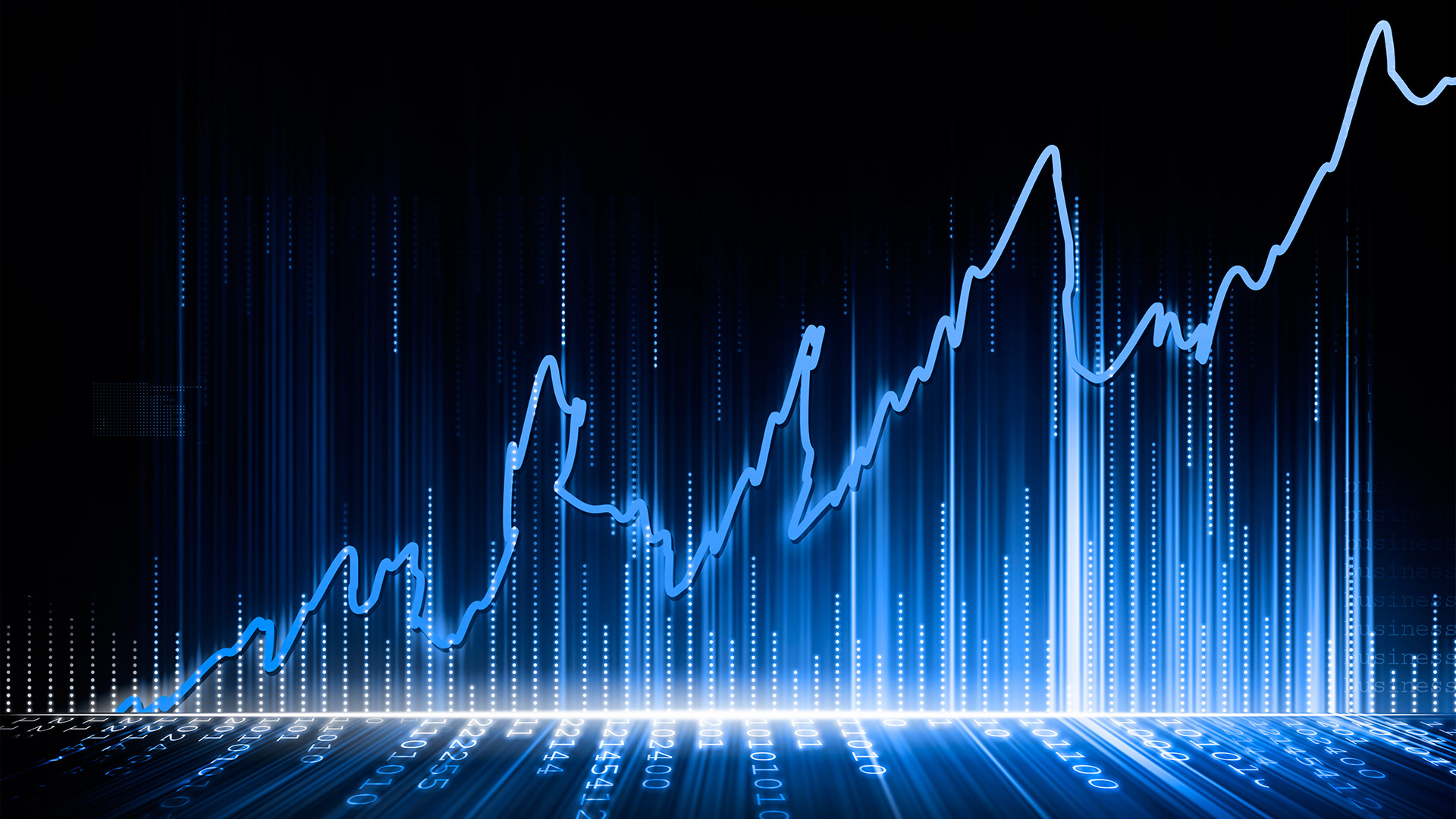 It is an exciting time to be an investor and early adopter in the world of decentralized digital currencies. Nearly every crypto-currency is having a record-setting first quarter of 2017. Dash, however, has reached hallowed ground this morning, passing the $100 valuation mark.

Dash has been on a bull run since the beginning of the year, when it was trading at only $11.20, according to CoinMarketCap.com. Its market capitalization value was a mere $78 million, and the buzz was limited. My, how times have changed.

Twenty-four hours ago, Dash was trading at just over $75 USD, and in one day, Dash has made the leap into triple digits for the first time in its three-year history. Dash was first released in 2014 as XCoin and was renamed Darkcoin a mere month later. Finally, in 2015, it was rebranded as Dash, both to avoid a negative “Dark Web” vibe and to appeal to a more mainstream audience.

This gain in value, which pushes Dash over the $700 Million in global market cap, represents an approximate 800% in appreciation since January 1st, 2017. During the same period, Bitcoin has risen in value approximately 27% and Ethereum has risen a still-uber-impressive 280%, passing $30 in value this morning. Three weeks ago, on February 21st, Dash was trading for just over $20 USD, realizing an almost 400% gain since then. 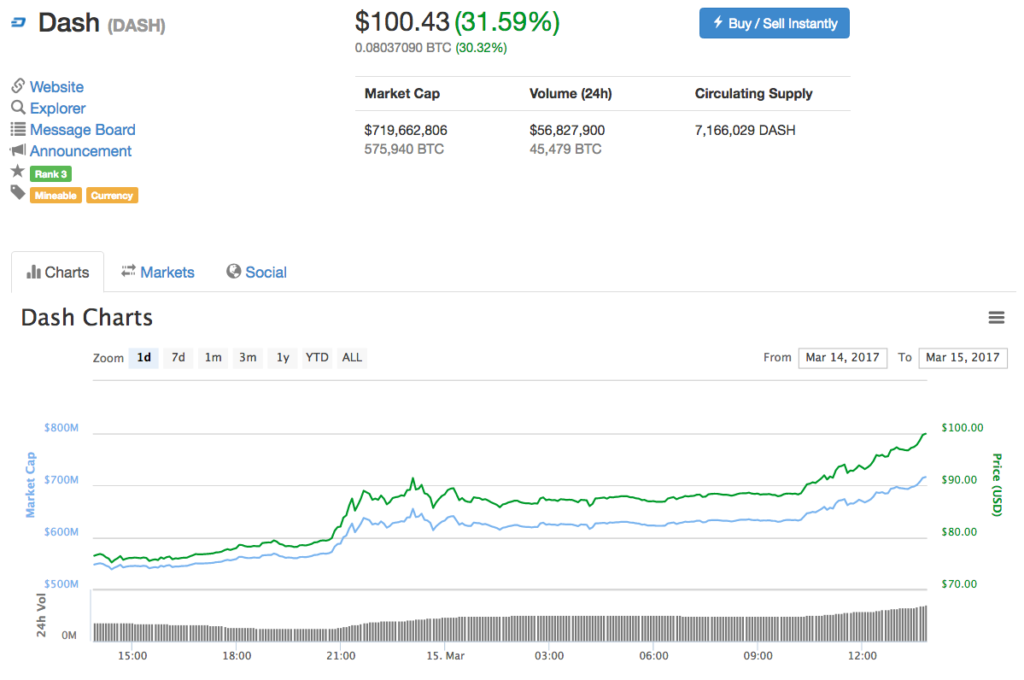 IS DASH FOR REAL?

The first question many reading this will ask themselves is “Is this a bubble or some kind of ‘Pump-and-dump?” In my humble opinion, I’d have to side with the former for a couple of reasons. First, Dash’s rise in value over the last month or so has been without any real peaks. There have been many plateaus and very few peaks in value, indicative of a solid foundation, not the manipulation by a few investors.

Second, this rise in value has coincided with the discontent and undercurrent of worry surrounding the Bitcoin Core vs Bitcoin Unlimited drama in the crypto community. As faith in SegWit adoption has waned, and as Bitcoin Unlimited has found a following, at least until yesterday, Dash has gained dramatically in favor. 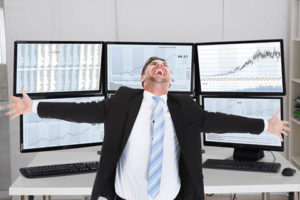 This indicates to me people are using Dash as a hedge against Bitcoin, and it’s not a false positive. I could be wrong, but as long as Bitcoin scalability issues fester, demand in Dash will swell until some sort of agreement is reached, and soon.

Others of you will ask “Other than Bitcoin and Dash, was the other crypto-currency to reach $100 in value?” That would be ZCash, which opened last October to extreme pre-launch hype and fanfare last October. ZCash futures were selling in the thousands of dollars and maintained a superior market value throughout its first month. However, after the hype was gone, ZCash sought its level in the $40 USD range, where it resides today.