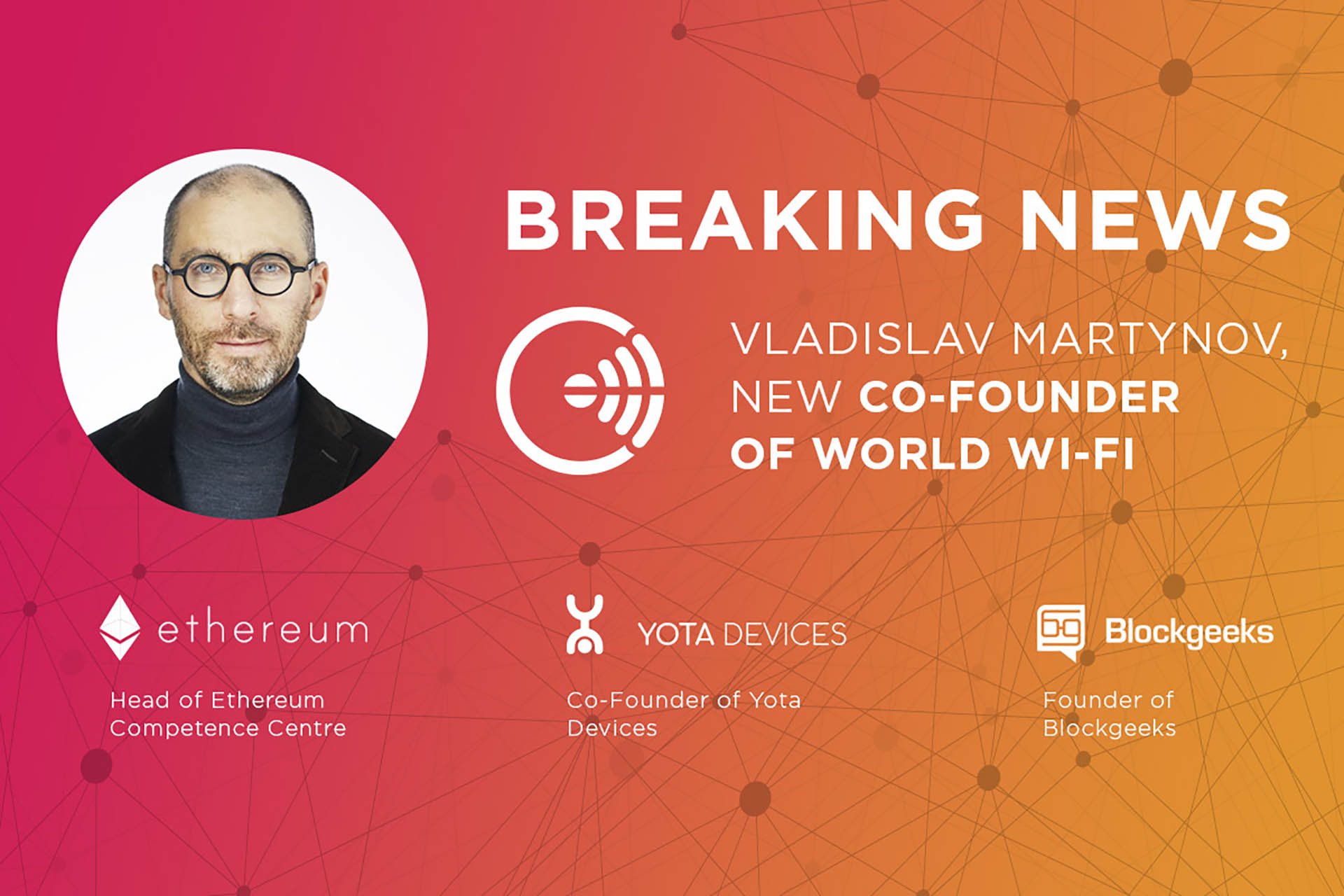 Entrepreneur and investor Vladislav Martynov has joined the  World Wi-Fi team as a co-founder. His extensive experience and expertise in the blockchain industry will significantly strengthen World Wi-Fi’s position on the global market.

The World Wi-Fi project is a decentralized free Wi-Fi network that aims to connect at least 20 million Wi-Fi routers to its global platform and reach an annual turnover of $1 billion within three years. The project team has already concluded several preliminary agreements with major advertising agencies and reached a number of agreements on joint testing of the World Wi-Fi platform, including the Saudi-based PolarisNet and the Japanese investment company Atma Inc (crypto media agency CoinTokyo).

World Wi-Fi’s TOKENSALE will end today, 18 May 2018. To date, World Wi-Fi has already raised more than $24 million, which is enough to implement full-scale coverage of all regions in the European Union, Asia, America and Australia, and in the future to deploy the World Wi-Fi network around the world. Vladislav Martynov believes in the future success of the project and contributed in the tokensale himself.

Vladislav Martynov is well-known as a successful entrepreneur with 25 years of experience in the field of digital technologies in a variety of technological projects in international markets.

Yota Devices, the developer of YotaPhone (the world’s first phone with two screens) is one of the most famous successful projects that Vladislav realized. Under his management, an international company was created from scratch, developed a unique device and organized mass production and sales in over 20 countries, ensuring its presence in the global smartphone market. Within 5 years the company achieved a capitalization of $154 million.

For the last few years, Vladislav has been actively working with young startups, investing in applied solutions based on breakthrough technologies such as blockchain and artificial intelligence. Among his projects are BlockGeeks (the largest online service for learning blockchain technologies) and Iceberg (the largest online sports analysis service).

As the Head of Ethereum Competence Center, Vladislav is responsible for developing the ecosystem around blockchain technology and providing consulting support to entrepreneurs, large companies and government organizations about why blockchain is needed, how to apply it and what prospects the transition to this technology entails.

In 1997, Vladislav co-founded the Russian branch of Columbus IT. Subsequently, the company became the largest international partner of Microsoft in the market of corporate control systems.

From 2002 to 2005, he worked as a corporate director at the headquarters of Microsoft Corporation (USA).

In 2011, Martynov became co-founder and CEO of Yota Devices. Within five years, an international business with a capitalization of $154 million was built, two versions of YotaPhone were released, and smartphone sales unfolded in twenty countries.

In 2016, he joined the advisory board of Ethereum Foundation, a nonprofit organization dedicated to establishing a platform for the development of services based on blockchain technology. Later, he became the Head of the Ethereum Competence Center.

In October 2016, Martynov launched BlockGeeks (a platform for online training of professionals in the field of blockchain) as one of the investors and founded a fund that invests in blockchain startups.