LAKE TAHOE, Calif. – Collaboration Summit – March 29, 2016 – The Linux Foundation, the nonprofit organization enabling mass innovation through open source, today is announcing the Hyperledger Project has filled key leadership positions and is welcoming new members. The Hyperledger Project is a collaborative effort to establish, build and sustain an open, distributed ledger platform that will satisfy a variety of use cases across multiple industries.

Disclaimer: This is a press release. Bitcoinist is not affiliated with this firm and is not responsible for its goods and/or services.

HyperLedger Elects Board of Directors and Steering Committee

The results of the Board of Directors and Technical Steering Committee elections for the Hyperledger Project include the following:

These appointments are made by member vote. The TSC drives technical direction of the Hyperledger Project, while the Governing Board manages business direction, including governance, marketing and operational decisions. 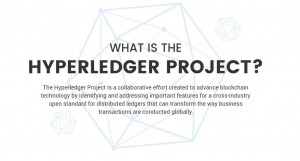 “There is no other effort advancing an open blockchain with this level of broad industry representation and level of leadership,” said Jim Zemlin, executive director at The Linux Foundation. “The Hyperledger Project is among our fastest growing projects at The Linux Foundation. The opportunity is great. This leadership team and the community investments among members across industries put the project in the best position possible to accomplish its mission.”

Peer-to-peer in nature, distributed ledger technology is shared, transparent and decentralized, making it ideal for application in finance and countless other areas such as manufacturing, banking, insurance and the Internet of Things. Research reports estimate that the investment in blockchain by financial institutions alone will grow to $400 million by 2019 (see: Aite Group Blockchain Players in Capital Markets: Where Are the Pioneers Headed?, 2015). By creating a cross-industry open standard for distributed ledgers, virtually any digital exchange with value, such as real estate contracts, energy trades, marriage licenses, can securely and cost-effectively be tracked and traded.

“The Hyperledger Project is gaining traction on a daily basis, displaying how vital this effort is in advancing distributed ledger technology,” said Blythe Masters, CEO of Digital Asset Holdings and Board chair for the Hyperledger Project. “Uniting the industry to drive this initiative forward is paramount to the success of distributed ledger technology. The Linux Foundation and its members are collaborating on an open source infrastructure that will increase privacy and scalability, among many other benefits.”