Who really understands what a blockchain is? Could you explain it to your mother? Chain CEO Adam Ludwin got down to fundamentals yesterday, as he explained his company’s intention to transform financial services by digitizing already-existing assets.

Ludwin spoke on a Tuesday afternoon panel with at the Money 20/20 Conference in Las Vegas.

Blockchains Transform Finance From the Bottom Up 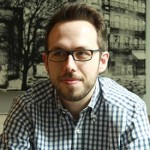 Assets including U.S. dollars and Starbucks points could move on blockchains with greater efficiency and security, he said.

“A blockchain is actually a new type of database,” he said, adding that it’s a “boring” topic that only fills conference halls because it involves money and wealth. These aspects still have the power to transform financial services and thus society though, he added.

“A blockchain is like a digital network of safety deposit boxes, in the sky.”

You don’t have physical possession of a safety deposit box but you do have a key, he said. Anyone can have control of those keys, individuals and institutions.

Other (non-blockchain) FinTech models are trying to transform financial services from the top down, connecting back into existing infrastructure like banks. Blockchain, on the other hand, starts at the bottom of the stack, with the creation of the asset itself. Then it works up from there.

Bitcoin seeks to build a financial system completely outside any existing network, Ludwin said. When Bitcoin proponents talk about moving away from the dollar completely it sounded like “I’m going to get shotguns and bitcoins and go live in the mountains,” he quipped, adding that he still thinks Bitcoin is “great”.

Ludwin: Chain to Focus on Results, Not Hype Cycle

Most of what you’ll hear about Chain from now on will be from partner firms like VISA, he said. The company is moving out of the “hype cycle” and wants to focus on real-world results.

A day earlier, Chain also announced it is open-sourcing its platform, and published its technology roadmap for the next five years.

Moderator Robert Hackett of Fortune asked if there is any “snake oil” in the industry. Ludwin replied it’s good to see a Darwinian-style winnowing-down of those projects focusing on hype more than real outcomes — which is common in all tech sectors.

How Chain Moved from Bitcoin to Asset Chain Development

Chain launched in April 2014 as a company building Bitcoin APIs. The intent was to build tools to make life easier for Bitcoin developers. After demonstrating the technology to clients, however, they asked fundamental questions about how blockchains actually move value. And in doing so, they opened the Chain team’s eyes about how financial networks functioned.

“There’s a real problem in the market around asset movement,and security and custody, and it’s a much bigger and harder problem,” Ludwin said. Neither Bitcoin, Ethereum nor even Ripple was designed to solve this. Chain then put its heads down for two years to develop the technology it’s releasing right now.

Chain has sat down with executive-level employees at financial services firms to get a better understanding of their needs.

Their companies have proprietary assets (such as loyalty points) and they want to control the networks those assets move on, Ludwin said. They don’t see open, public blockchains as a viable option.

It’s important for networks like Bitcoin and Ethereum to remain decentralized, he said, because that’s the whole reason they exist. Permissioned blockchains are more about finding the least amount of centralization its participating entities need. Each node can control a different function in the consensus process.

Chain sees itself as halfway between existing financial infrastructure and the Bitcoin network, he said. The aim is to integrate with what exists rather than trying to replace everything.

Is Ludwin right about the nature of blockchains and how they can transform our world? Let’s hear your thoughts.