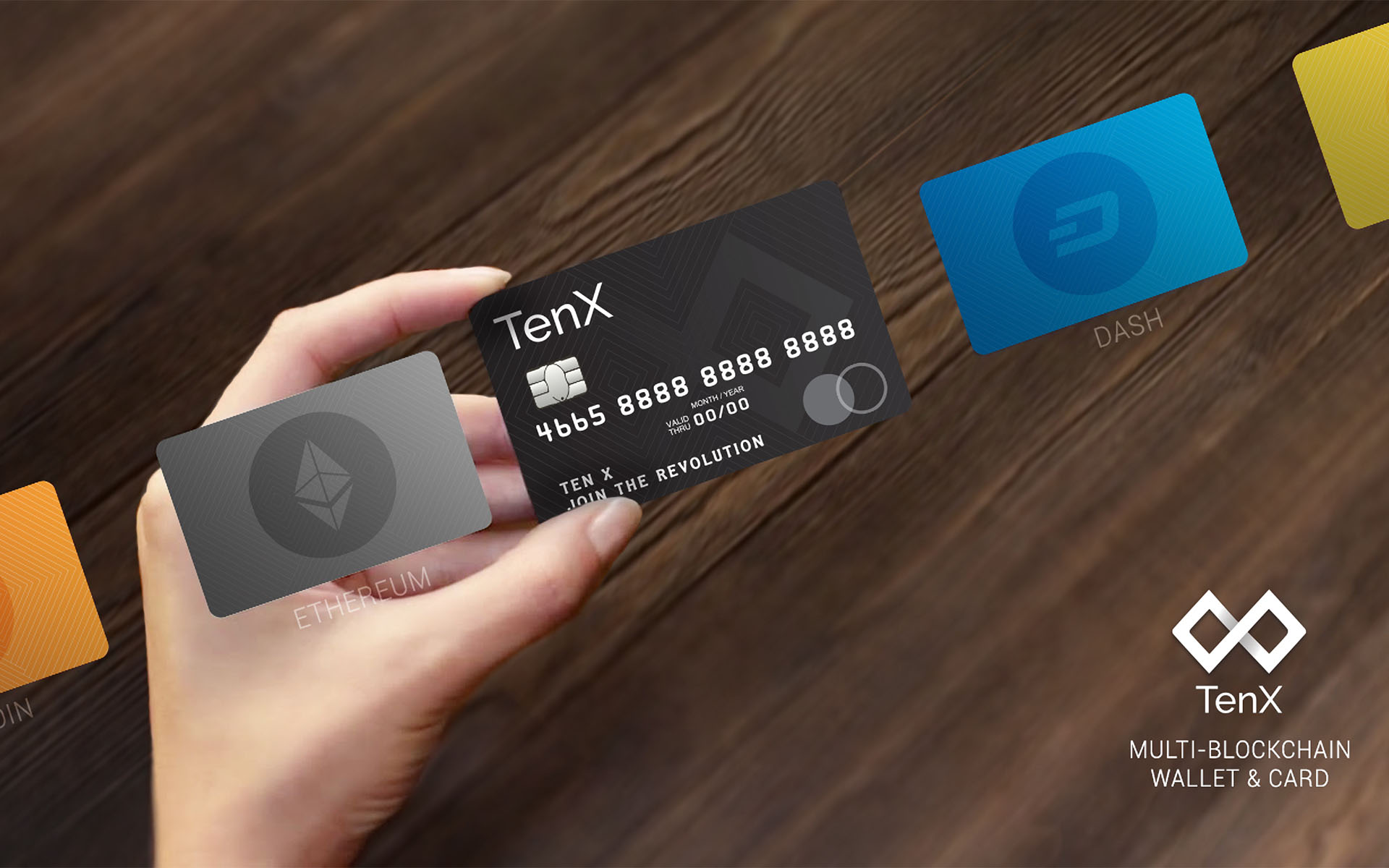 The Singapore-based startup proposes a solution to convert virtual currencies into cash swiftly through the use of its prepaid Visa card. This real time conversion raises the potential for cryptocurrencies to be used an actual currency in the real world rather than just an investment tool, and it comes as no surprise that TenX received close to $80 million worth of funding through a token sale.

TenX’s Solution to a Frustrating Problem

Although cryptocurrencies are booming, there is still a lot to be desired when it comes to the ability to use Bitcoin and other virtual currencies for real world transactions in everyday life. It is hard to instantly liquidate a cryptocurrency for fiat currency, and with rising transaction mining fees, Bitcoin and other virtual currencies have been widely used for investment purposes. Their potential as a fiat currency replacement has not been fully explored yet due to such issues.

TenX makes any blockchain asset spendable instantly by connecting blockchains and leveraging the COMIT network. This makes it possible for industry insiders as well as any individual user to connect the virtual currencies to the real world through the convenience of the TenX Card, a prepaid Visa card that incorporates TenX’s technologies. TenX claims that their physical debit card can be used both online and offline as it has over 36 million points of acceptance.

The TenX Card can instantly convert a wide range of virtual currencies into traditional fiat money (US Dollar, Japanese Yen, and Euro) that still happens to be the preferred currency for everyday activities. Every TenX transaction involves a 2 percent company cut, and users are limited to $2000 worth of transactions a year, although the cap limit can be increased after a proper verification process.

The company has already received pre-orders and bookings for over 10,000 TenX cards. The TenX app doubles up as a digital wallet and is linked to the Visa card, thereby allowing swift payment in local currency while simultaneously debiting a user’s cryptocurrency account. Co-founder Julian Hosp says that their transactions are all processed immediately, and there are no hidden fees or charges beyond the conversion fee of the cryptocurrency exchanges, which ranges from 0.15% to 0.2%.

The company currently offers support for 8 different currencies that include Bitcoin, Ether, Dash, and Augur; it aims to increase this number to 11 by the end of 2017. TenX’s monthly transactions by volume currently hover around $100,000. It aims to process $100 million worth of transactions monthly from a million users within the next 18 months.

After raising $120,000 from angel investors and a further $1 million from a seed round, TenX managed to raise $80 million in just 7 minutes from its token sale last month! Hosp was insistent that his company is in it for the long haul and has no plans of turning a profit for at least the next couple of years. He claims that the money raised will be used to expand the company’s operations and services, with an in-house cryptocurrency exchange project lined up for their near future.

TenX’s price plunged spectacularly from over $80 to $1 on the 8th of July. The company also sold 30% of their ETH which contributed to the widespread dumping of the coin over the course of the past month. Further, there have been no indications about any developments on their application for a banking license.

Also interesting to note is that Ethereum co-founder Vitalik Buterin it incorrectly listed as an investor for TenX when he personally never invested in it. In a recent article on TrustNodes, Buterin quite clearly states:

Fenbushi is an investor. I personally am not.

At the time of this writing, however, Buterin is still listed on the TenX website as an investor.

Like many other startups who have held their ICOs, TenX has also been accused of withholding valuable data or information about their projected revenue, user base count, or other relevant statistics that can be used to properly assess the worth of the startup and the value in investing in it.

What are your thoughts on TenX? Where do you think they need to improve? Do you think their business model is sustainable and can fight off potential competitors? Let us know in the comments below.