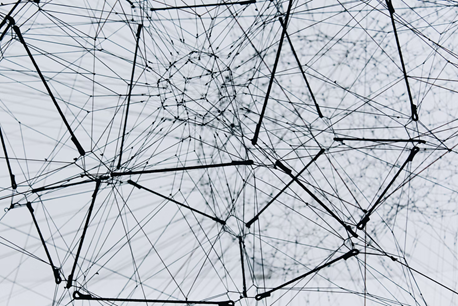 Cryptocurrencies are often criticised as highly speculative investments. While this is true to a large extent, it wouldn’t be accurate to apply it to all crypto investors.

Some promising crypto projects are sometimes temporarily mispriced by the market and offer watchful investors interesting investment opportunities, beyond the mere speculation and irrational price movements.

This article shows that value investing is still possible with cryptocurrencies and will cover two promising cryptocurrencies that appear to be trading at a low valuation currently when assessing the returns they could potentially generate in the coming years.

The final section will cover an interesting project currently in its presale phase and that develops ambitious initiatives, so make sure to read until the end!

Avalanche (AVAX) is a relatively-recent alternative Layer 1 (L1) project that launched in late 2020. With a market now surpassing the $20 billion mark, Avalanche now ranks in the top 10 largest cryptocurrencies, an impressive feat given the project’s relatively recent launch.

Avalanche describes itself as the fastest smart contract platform by time-to-finality currently. It resorts to the Proof-of-Stake (PoS) consensus mechanism making it exceedingly fast and energy-efficient compared to Bitcoin (BTC) and Ethereum (ETH).

At the time of writing, Avalanche boasts around $10.5 billion in total value locked (TVL) across its ecosystem, up from $175 million only eight months ago!

The Avalanche ecosystem is therefore growing at a neck-breaking pace and has now become the 4th leading blockchain in terms of TVL behind respectively Ethereum, Terra (LUNA), and Binance Smart Chain (BSC).

Moreover, the Avalanche ecosystem is home to nearly 200 protocols, some of which are highly-promising industry leaders in the field of decentralised finance (DeFi), such as Aave (AAVE), Trader Joe (JOE), or Curve (CRV).

Avalanche’s ultrafast rise to prominence certainly took most of the crypto community by surprise, and it is certainly impressive that such a recent project is already able to rival industry leaders that have been around for several years already such as Ethereum, Cardano (ADA), or Polkadot (DOT).

This cannot help but create strong expectations regarding the Avalanche’s future growth prospects and the returns it can generate in the years to come.

Avalanche’s token, AVAX, currently trades for $78.52 and seems to have stabilised in the $80-$90 range, indicating a potentially interesting entry point for new investors. AVAX could make a number of extra crypto-millionaires over the next few years!

NEAR Protocol (NEAR) is another very recent project which, like Avalanche, also launched throughout 2020.

With a market cap of $11 billion, NEAR Protocol has proved its credibility and made it into the top 20 largest coins. And in fact, NEAR Protocol’s native currency, NEAR, has had quite a ride following its market debut, up nearly 300% since then.

The NEAR ecosystem has therefore been attracting increasing attention, particularly due to its fast-paced expansion that seems to follow the footsteps of aforementioned Avalanche and Solana.Only two weeks ago, Trisolaris, a NEAR-Protocol-native decentralised exchange (DEX), raised $4.5 million in a VC funding round, increasing upwards pressure for NEAR.

On top of that, NEAR Protocol remains an industry-leading alternative L1 with some of the fastest transaction speeds currently on the market, hovering around 100,000 transactions per second (TPS) – Ethereum processes around 15.

NEAR Protocol achieves that incredible speed by leveraging an innovative sharding technology named Nightshade. Sharding essentially refers to the action of a blockchain dividing itself in smaller “portions” referred to as shards. These shards then evolve autonomously and are capable of processing their own data, allowing the overall network to operate much faster and more efficiently.

NEAR therefore appears as a really interesting coin for the future.

Quitriam Finance (QTM) is a new project still in the presale phase that will enter the market in the weeks to come. 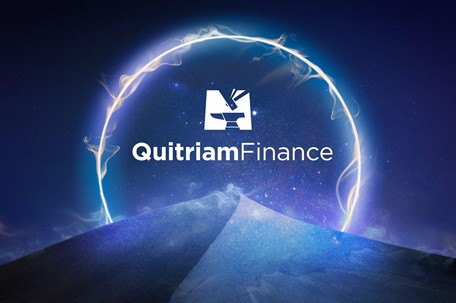 Quitriam Finance wants to build a cryptocurrency aggregator that pools together different crypto-focused services such as staking, swapping, and lending, into a dynamic and participatory environment.

Quitriam Finance aims to become a multichain initiative to offer faster and cheaper transactions across its ecosystem than other single-chain projects.

Multichain projects that promise to offer near-instant and cheap transactions are now very popular. Other projects, like Explora Chain (EXPL), try to use the most up-to-date and cutting-edge networks to make transactions as easy as possible for users. Explora Chain notably makes use of the Avalanche and Binance Smart Chain (BSC) networks in order to do this.

Quitriam Finance’s whitepaper evokes the development of a native DEX, Quitriam Swap, which could allegedly process up to 50,000 TPS. If that’s true, Quitriam Finance could be an up-and-coming big player in the crypto world.

QTM, the native token of Quitriam Finance, is now worth $0.000014, or about 27% more than it was when it first came out. This project is worth keeping an eye given presales’ usually-explosive starts!