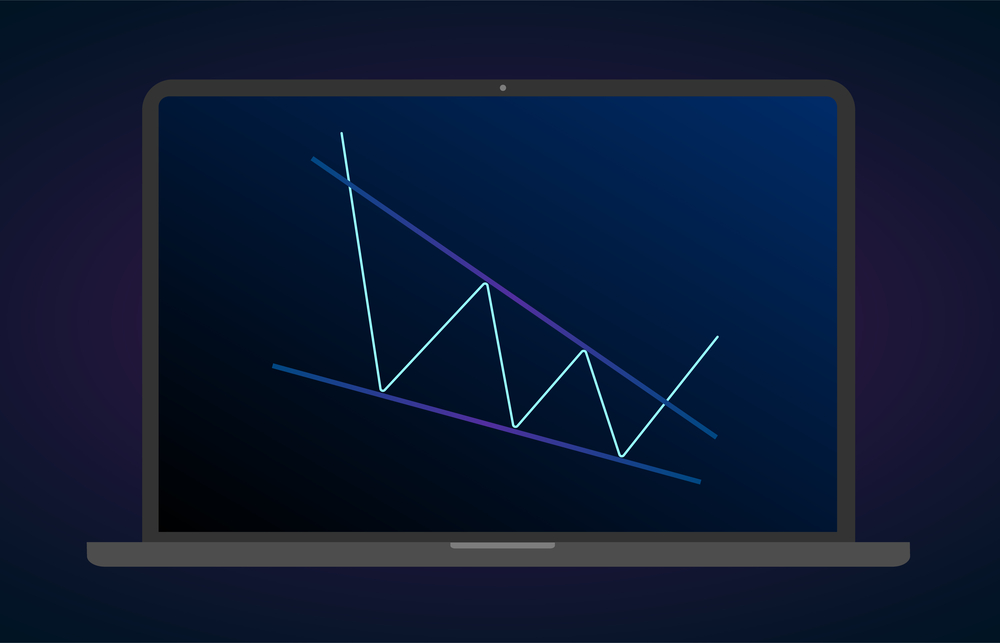 The benchmark cryptocurrency was up 4.70 percent ahead of the London morning bell, hitting an intraday high shy of $47,500 after bouncing off its 200-4H simple moving average wave. Its sharp pullback also helped it broke above a descending trendline resistance that comes as a part of a Falling Wedge pattern.

In retrospect, traders perceive Falling Wedges as bullish reversal patterns that form when an asset slips lower while forming a sequence of lower highs and lower lows. That ends up making two converging trendlines. Traders realize a bullish bias when the asset convincingly breaks the Wedge’s resistance, accompanied by higher volumes.

On Monday, Bitcoin posted a similar resistance breakout, with its volumes on a four-chart stabilizing alongside. The move upside signaled that the cryptocurrency could post extended gains in the sessions ahead, with levels above $50,000 looking like ideal primary upside targets for bulls.

However, a convergence of 50-4H simple moving average (the blue wave) and a resistance horizontal line near $52,170 should test the bitcoin bulls before they attempt to reclaim the ultimate Wedge primary targets above $58,000. Meanwhile, the support area of $43,000-45,500 needs to hold the floor to stop bears from taking control or risks declining BTC/USD rates to lower $40,000s or upper $30,000.

Overall, the early moves upside this week show that bears are losing focus in the short-term, which should help Bitcoin sustain its recovery up until $50,000 in the best-case scenario.

Bitcoin’s recovery takes cues from a recovery in US government bonds on Friday and Monday. Meanwhile, the cryptocurrency expects to remain healthy also as US President Joe Biden’s $1.9 trillion stimulus proposal advances through the House of Representatives.

The bill is now in Senate, controlled equally by Democrats and Republicans, with a decisive vote lying with Vice President Kamala Harris, a Democrat. That has vastly improved the likelihood that the bill would become law even if the entire Republican lot votes against it.

Analysts at Ecoinometrics noted that the Federal Reserve holds about $1.5 trillion in its Treasury General Account.

Meanwhile, Treasury Secretary Janet Yellen has clarified that her office plans to spend all the money to stay in course with Mr. Biden’s expansionary plans, which, in addition to the stimulus, also concerns a $1.4 trillion worth of student loan forgiveness and spending another $3 trillion for infrastructure projects.

“That’s all on the table for 2021, and the total is $6.3 trillion that the US Treasury is going to have to find somewhere,” Ecoinometrics stated. “Even if the final number comes lower, it’s still several trillion, way more than what is sitting on the Treasury General Account at the moment.”

“In that environment, I can only see the narrative for Bitcoin as a hedge against the risk of inflation strengthening,” the data analysis portal added.