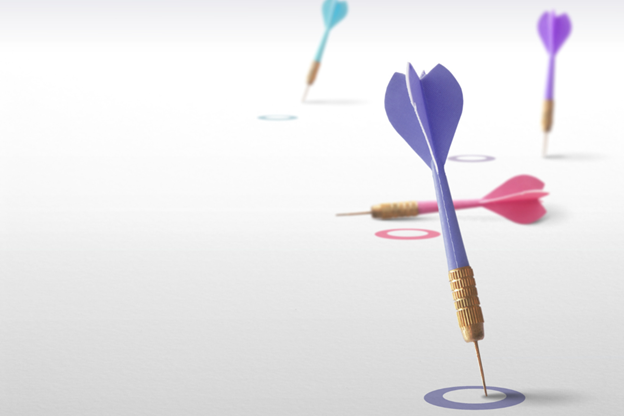 Bitcoin underwent a major network update, the Taproot Upgrade, on 04:10 UTC on Nov. 14. This is the first major upgrade that the network went through since the Segregated Witness (SegWit). The SegWit upgrade eventually resulted in the development and launch of the Lightning Network in 2018.

The Taproot upgrade was originally proposed by Bitcoin core contributor and former Blockstream chief training officer, Gregory Maxwell back on January 23, 2018. While the SegWit upgrade’s objective was to resolve transaction malleability and enhance the scalability of the Bitcoin network, the recent Taproot upgrade aims at improving transaction efficiency, network privacy and includes the improved ability to support the smart contract functionality.

On June 12, 2021, this upgrade was put into motion after attaining a 90% consensus among all the Bitcoin mining nodes. This consensus was announced by another core Bitcoin developer, Hampus Sjöberg. Soon after, Sjöberg created the Taproot.watch website which kept the community informed of the timeline leading up to the upgrade and also hosted any relevant information regarding the upgrade.

All Bitcoin tokens are locked up in the form of scripts, i.e., a couple of lines of code that decide how the token can be spent in the next transaction. The “spending conditions” usually imply providing a signature as proof of ownership of the token. However, there are other conditions as well like timelocks or mutilsig. Different types of conditions can be mixed and matched to formulate complex smart contracts. Out of the conditions, whichever is met first decides how the token will be spent.

Prior to the upgrade, the network used the pay to script hash (P2SH) which means that initially only a hash of the script is included on the blockchain. Thus when the tokens are being spent, the network makes it essential to reveal all the possible conditions that could’ve been fulfilled, even those that weren’t met in that particular transaction. The disadvantage of this is that it is extremely data-heavy as it leads to the storage of a lot of unnecessary data on the blockchain. Additionally, there are also privacy concerns as any participant on the blockchain network can probe into the transaction to understand which ways the funds could be spent, the kind of wallet being used, and possibly more such details that the parties involved in the transaction might not want to reveal.

The Taproot upgrade introduced the Merkerlized Abstract Syntax Tree (MAST) which introduces a condition that allows the sender and receiver of the transaction to sign off on a transaction in tandem for settlement. This structure is based on Merkle Trees. These are established complex data structures that are compact, invented by Ralph Merkle, one of the original investors of public-key cryptography.

The usage of these trees in the Bitcoin Network ensures that various conditions in which funds could be spent are hashed individually and included in the tree, which would then produce a Merkle root, a single hash for the transaction. This entails that only conditions that are met would need to be revealed to the network, thus making it more data-efficient than the previous interaction of contracts used, i.e., P2SH.

The upgrade also brings in the Schnorr Signature, an algorithm that allows users to aggregate multisigs into one for execution through a single transaction. This makes it significantly harder for any investigator to differentiate between regular transactions and multisig transactions. Essentially, the signature masks whether a MAST structure has been used in the transaction at any time.

Johnny Lyu, the chief executive officer of Kucoin, a leading cryptocurrency exchange, spoke with Bitcoinist about the impact of this upgrade on the network. He said, “I think the impact on Bitcoin utility and users can be presented in three different aspects. And we might anticipate a longer period for its impact to be revealed.”

Lyu mentioned that the first aspect is to build better smart contracts. Even though the Bitcoin network has been building smart contracts in the past, it often leads to less efficient transactions and bigger data size. But the upgrade allowing for multiple transactions to be hashed under one will help stream various applications and improve overall transactional efficiency.

On the remaining aspects, Lyu noted:

“The second aspect is that a lower transaction fee on the Bitcoin network can be expected with more efficient transaction speed and data size. The third aspect will benefit users – to improve privacy protection. The SSA bundling system will make it more difficult to track individual transactions, thereby strengthening the level of privacy protection for bitcoin senders.”

However, this upgrade focuses on network efficiency, it is also important to gauge the impact of the upgrade on the users of the network. Bitcoinist spoke with Antoni Trenchev, Co-Managing Partner at Nexo, a cryptocurrency trading platform, about what users of the network can expect in the aftermath of the upgrade. He said, “On a purely “user” level, many won’t feel the difference after this notable upgrade since the wallets they use will do all the magic for them. What they will notice are the roughly 10% lower fees for their transactions.”

Since Taproot is the first major upgrade to the network in over four years, it is possible that it could have an impact on the price in the short term. However, there are speculations in the market that since this upgrade has been a long time coming, it is already priced into the current price of BTC, which currently trades in the $64,800 range. On this, Trenchev stated:

“This is a phenomenon we’ll begin seeing more and more in crypto, investors will begin monitoring big network upgrades and understanding them on a deeper level. This will naturally lead to earlier pricing in on such news, but I doubt the current Taproot upgrade is fully priced in just yet. There could always be a price boost around the upcoming update itself as it’s one thing to read about future development and another to see its successful execution and results from it.”

On this critical aspect, Lyu agreed with Trenchev’s perspective, he said “I think that in the long term, the Taproot upgrade will have a certain impact on Bitcoin price, and I don’t quite agree with the idea that it’s already been priced in. We can see that bitcoin price has doubled since 2021, and I believe that the key drivers behind it are the influx of institutions and old money, instead of being affected by the evolution of bitcoin technology.”

Lyu even added that there’s always a delay in the influence of technical upgrades as seen with the previous upgrade, SegWit, whose price impact was witnessed only after a week of being deployed on the network. Thus, the price impact of the update could be limited in the short term but the long-term upside of this upgrade is huge due to the significant improvements in the network’s efficiency and security.

Lightning Network Could Get a Boost

The Lightning Network could also benefit from the Taproot upgrade. The network was launched to address the scalability issue of the Bitcoin network, it aims to relieve the congestion of the Bitcoin network through layer-2 solutions. Here Trenchev mentioned that the upgrade would make the Lightning Network more favorable for developers as it provides them with more fertile ground to build up scalable improvements and build layer-2 solutions for the network.

He added, “Taproot’s true power is really a behind-the-scenes ordeal. That said, Bitcoin and blockchain overall are fundamentally driven by dev power; that’s our space’s true strength, so Taproot is definitely a force with huge future potential.”

The Lightning Network played an important role in El Salvador’s acceptance of Bitcoin as legal tender through Strike, one of the most popular Lightning Network wallets. In the 90 day period between May and July this year, the number of Lightning network nodes rose from 10,000 to 23,000. Currently, it is projected that the network could expand its reach to 700 million users by 2030.

However, Lyu remains skeptical about the network as it still lacks mass adoption and is quite controversial in two aspects. He said:

“Firstly, some people think that Lightning Network is turning bitcoin into a global payment network like Visa or Mastercard against the original intention of bitcoin; secondly the current processing power of bitcoin network is capable of dealing with the existing transaction volume, and Lightning Network is not essential. Therefore I think it needs to offer a better solution if it is to be widely adopted in the future.”

Trenchev mentioned that even though Taproot is the first step in this direction, there is plenty of headway to make before this becomes a widely used application. He stated:

“Bitcoin is currently the type of network that’s an incredibly successful one-trick pony – it executes its purpose exceptionally. Ethereum, on the other hand, was conceived to have many use cases from the start, but in turn, it needs time to iron out any wrinkles. These differences are exactly why at Nexo we want to support a multi-chain future, it’s what will lead to a scalable, practical, and idea-rich industry.”

However, the point of smart contracts on the Bitcoin network might not even be to scale decentralized applications (dApps) or similar smart contract functions. Drawing the comparison to Ethereum, Trenchev spoke on how more sophisticated smart contracts on Bitcoin could even be detrimental for the network. He said:

“Although Bitcoin is capable of smart contract deployment after the upgrade. The aim of enabling smart contracts is to increase the efficiency and flexibility of the Bitcoin payment function, not to support Dapps. Therefore, it might be impractical to deploy the same scale of smart contracts on Bitcoin as on Ethereum and is also dangerous for the bitcoin network in terms of network security and speed. It will fundamentally harm the basic function of bitcoin as a digital payment system.”

Irrespective of the emerging comparisons with smart contract platforms for Bitcoin, it is clear that the Taproot upgrade brings plenty of good features that both developers and users could find a lot of utility in. The price of BTC may have not shifted much immediately in the aftermath of the upgrade, it is undeniable that the long-term price impact of Taproot will be huge as it increases the network efficiency as a whole, one of the most critical points of the utilization of any blockchain network.