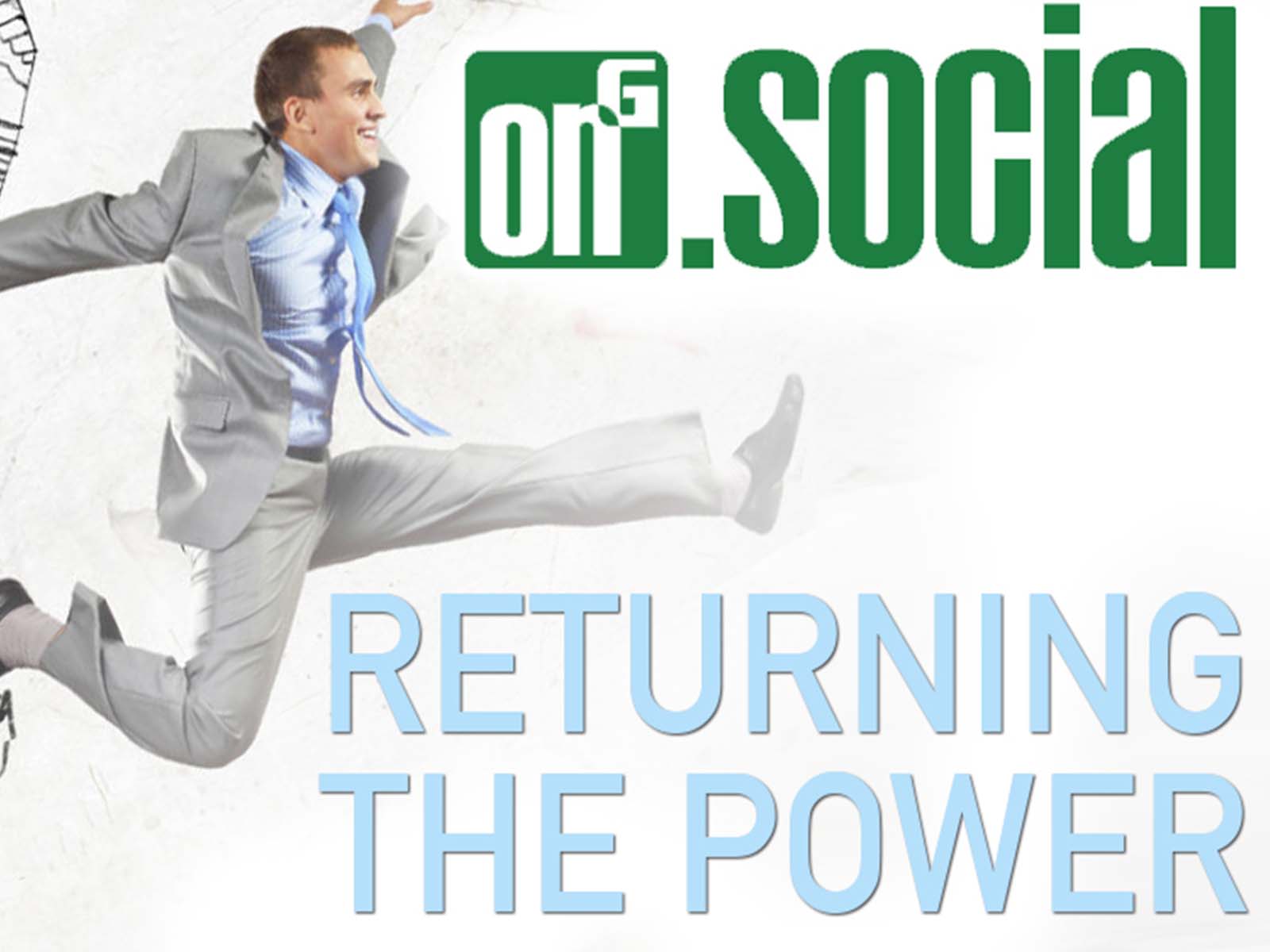 [Note: This is a sponsored story]

On the surface, onG.Social is simply a social platform that helps influencers and social media users optimize their daily routine by making it possible to publish to all social media sites in just one click. However, with its innovative Gravity algorithm, which measures and rewards community verified truth, onG.Social allows social media users to fully regain their power, control their data and act against the censorship imposed by the likes of Facebook and Twitter.

Popular centralized social platforms take away the user’s control by restricting them to questionable, capricious algorithms. Only last month, we saw established YouTube channels such as Veritasium lost a consequential amount of their views as Youtube’s algorithm mysteriously changed its promotion bias making quantity become significantly more important than quality, meaning users are rewarded for frequently posting cheap content, rather than posting quality content over time.

Then there’s Facebook’s algorithm, which prioritizes “engagement”, incentivizing users to make up outrageous nonsense about fake and erroneous information, leading the rise of fake news in our media. It’s becoming evidently clear that by taking away their control, social media platform users won’t only lose their freedom of speech, but perhaps lose their whole vocation.

The idea for decentralized, blockchain-based social media platforms isn’t entirely new. Steemit is a social news service which runs a blogging and social networking website on top of the blockchain-based social media platform Steem, founded in 2016 by Ned Scott and Dan Larimer. Steemit allows anyone to earn rewards by posting content valued by others and encourages users to post, share and react to content by rewarding it’s users with the Steem digital currency, based on the number of up-votes they receive.

While Steemit is solely a social news service, onG.Social is social dashboard that incentivizes its community members with cryptocurrency rewards, and allows its users to connect, create, consume and distribute to both centralized, popular social media cultures and to decentralized social networks, basically creating a bridge to both types of platforms.

Since OneName Global piloted their onG.Social platform in 2014, it has caught the attention of several large corporations, including IBM who backed the project early on through their incubator program. These big companies see the long-term value and recognize the potential in onG’s technology.

This shouldn’t be surprising, especially now as onG.Social prepares to move the platform into the blockchain with an innovative dual-blockchain approach built on both WAVES and Ethereum that will allow for redundancy, stability, and security. onG.Social is the second company in history to use this formula and it’s proven to be an effective solution to overloaded ICOs.

By incorporating both the Ethereum and Waves blockchains, onG.Social benefits from Ethereum’s ERC20 standards which set a precedent for creating a token with a tested rule set, and allows onG.Social to analyze and modify the algorithm that distributes its token while not compromising the security layer of the token itself. Working together with Waves’ encryption platform, onG.Social is practically unbeatable.

Unlike most ICO’s that are only in the idea, concept stage; onG.social is an active, true tested platform already used by thousands of community members, which makes the onG Coin one of the more exciting ICO’s from a ROI standpoint.

onG.social says that they plan on injecting the multiple cryptocurrency rewards into the platform as soon as January 2018, so that could mean big gains for the onG Coin, where others have to wait for platform builds and implementation.

Contributing to the onG Coin ICO also will allow onG.Social to add more social networks to their social hub, both on and off the blockchain in order to provide community members with more exceptional value.

A true win win for those contributors who also want to use the unique platform to save time, while earning
more crypto rewards for each post made to social media. After delaying the previously announced July launch in order to ensure a seamless ICO release due to the current overloaded nature of the ICO ecosystem, the onG Coin ICO is currently ongoing. It’s important to note, that unlike most other ICOs in the current ecosystem, onG.Social is a true tested product that is live now, and you can try it for yourself.

With its amazing and ambitious premise of eradicating fake news by offering multiple cryptocurrency rewards to community members, this streamlined social hub, onG.Social will certainly make a dent in the blockchain-based social media industry.