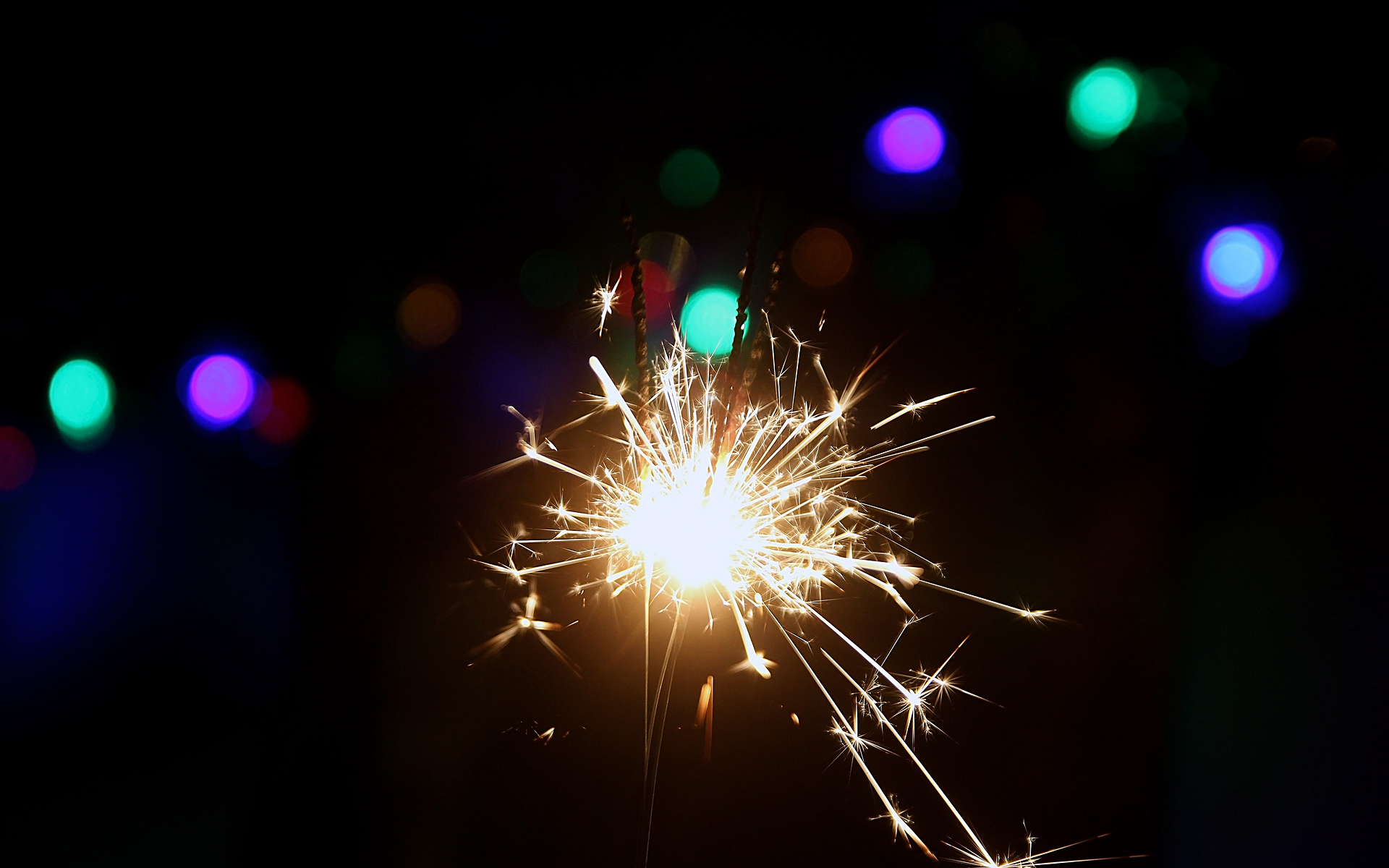 A New Year means new goals and new possibilities. Everyone should have a goal to reach for the year to come, and we hope you reach your goals in 2017. Bitcoin has its own goals, but Bitcoin tends to be ahead of the curve when it comes to what it can do, especially when it comes to the Bitcoin price. 2017 has proven no different.

Bitcoin spent New Year’s Day reaching its first watershed moment, eclipsing $1,000 USD in market value after a record period of Bitcoin trading in many markets around the world. Bitcoin began the day, in the West, valued at less than $970 USD, but as midnight struck in Beijing for the first time in 2017, one could clearly see that the Chinese market was ready to carry Bitcoin to its highest point since the first week of December 2013.

Within the first hour, values started to rise steeply. 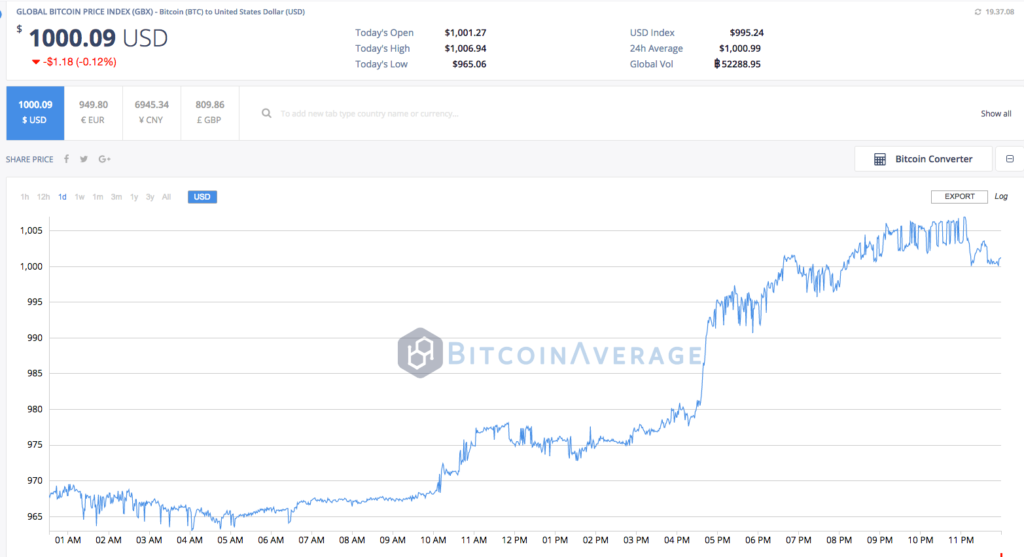 Every January 1st in China, the world’s largest Bitcoin trading market, represents the start of a new annual $50,000 quota to convert the yuan into foreign exchange resets in China. Every year, Chinese investors can legally take $50,000 worth of Yuan and invest it elsewhere. It doesn’t take E.F. Hutton to see where China is putting their investment capital these days, or in the days to come.

In the new year, the new foreign-exchange purchase quota starts, so we expect yuan positions in January to drop significantly.

It was clear that there were many, many investors in China, and around the world, who were waiting for New Year’s Day to go on a Bitcoin buying spree. Unlike in the Mt. Gox bubble of 2013, this current “Bull run” is not built on the events of one centralized Bitcoin exchange, but demand at several exchanges both inside and outside of China.

December has been our best month yet since launch. We broke new daily volume records. So proud of #BitOasis team!

In my opinion, there is little to stop this run from continuing. Hell, Sunday wasn’t even a business day and Bitcoin gained over 3%. Monday is going to be an observed holiday for many, but Tuesday can be more a huge day, much more lucrative than a $35 push on a Sunday holiday, with all bankers open for a full business day. I expect this run to last all week, if not all month, particularly in China, where regulations and Bitcoin’s increasing value in a declining market are spurring demand.

So, what’s next for Bitcoin?

Now that Bitcoin has reached its first goal of the New Year, the community can focus on Bitcoin eclipsing the value of Gold, which is currently trading at about $1150 USD. Mind you, Gold has been dropping in price over the last sixty day. It was trading at over $1300 USD in early November. That Bitcoin could reach $1,150 in value by the end of the month is certainly not out of the question. One bitcoin was selling for less than $850 USD just ten days ago, and now it’s bigger than silver already. So why can’t it gain another $150 in the next month?

The mainstream media can only watch in awe as the free market economic system works its magic on a global scale. It’s a new year and Bitcoin is picking right up where it left off in 2016, when it grew 132% in value, its best year since 2013. A smart investor might want to put a call in on Bitcoin this week. Early this week.