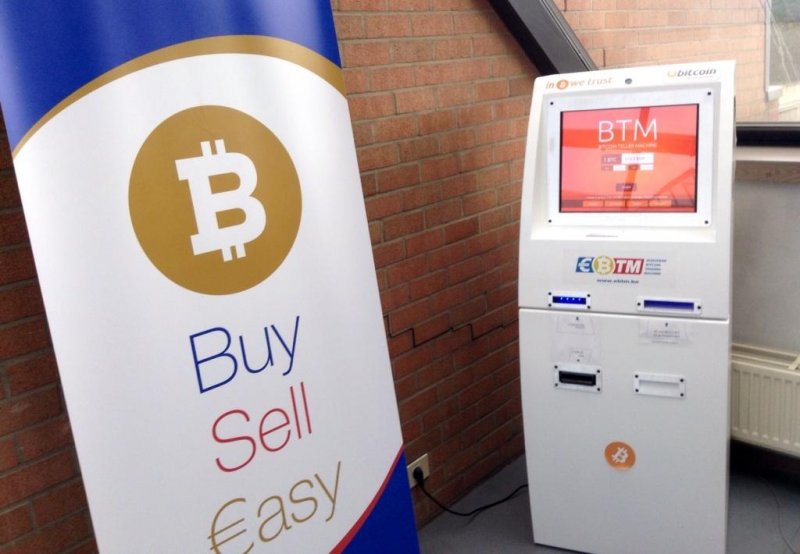 When it comes to Bitcoin manufacturers on a global scale, there are plenty of companies to choose from. As a result, you hardly ever see a manufacturer operating one of their own ATM’s these days. This opens opportunities for other companies, whom will gladly purchase one or more machines from a respected manufacturer. EBTM is a Belgian Bitcoin ATM operator, and this is their story.

Buying From Manufacturers and Operating the Machine 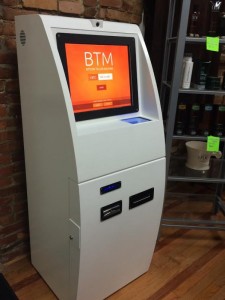 Similar to other companies and individuals around the world, EBTM purchased a Bitcoin ATM from a reputable manufacturer. In order to earn back their initial investment — and hopefully turn a profit — this Belgian Bitcoin company charges a commission of 5% per Bitcoin transaction. That number is in line with most Bitcoin ATM’s around the world, even though some of them charge fees up to 8%.

Contrary to popular belief, however, operating one Bitcoin ATM does not guarantee a quick profit. Depending on the location of your machine, you may or may not receive a lot of interest from foot traffic. Belgium is keeping a low profile in terms of Bitcoin adoption and awareness, so operating just this one ATM is not enough for EBTM staff to quit their day job.

The Bitcoin ATM located at the Coffeelabs building in Antwerp is manufactured by BitAccess, an up-and-coming ATM manufacturer based in Canada. What makes these devices produced by BitAccess so interesting is that they are two-way Bitcoin ATM’s by design. This allows users to buy and sell Bitcoin in exchange for fiat currency.

Of the 5% fee charged per transaction through the Bitcoin ATM operated by EBTM, a small cut goes back to BitAccess. Said cut covers the support behind the scenes, such as software updates, remote access to fix issues and general maintenance. All of the software and API hooks are provided by BitAccess, yet everything can be tweaked to the operator’s liking.

“When we were deciding on which manufacturer to choose, two companies were on the top of our list. BitAccess – which became the company we went with – and Robocoin. The deciding factor for us was that Robocoin sell themselves as a bank account, and not a Bitcoin wallet. Furthermore, the Robocoin Bitcoin ATM only accepts USD fiat currency, even in Europe. “ – EBTM 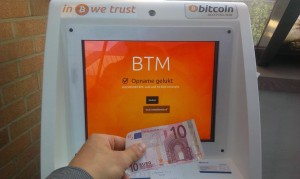 As I mentioned before, the EBTM staff is not getting rich overnight from operating one Bitcoin ATM here in Belgium. According to the estimates they provided us with, a total of 7 or 8 ATM’s would be needed in order to make a profit on a regular basis. Quitting day jobs can only happen once the transaction volume picks up drastically.

The overall transaction volume has picked up since November of 2014. Statistics indicate there is an even balance between the number of buys and sales. This may be something you would not expect from a Bitcoin ATM, but it is a welcome surprise nonetheless. No exact transaction numbers have been provided at this time.

With the number of Bitcoin and fiat currency transactions going up, liquidity becomes an increasingly important factor. On the Bitcoin side, the EBTM-operated Bitcoin ATM is hooked into Bitstamp’s API, which provides enough funds for now. On the side of fiat currency, however, EBTM staff has to travel to Antwerp on a regular basis to feed Euro bills to the machine.

As is the case with nearly every Bitcoin ATM around the world, there are certain limits in place when using the machine. Verifying a user’s identity is a key factor for EBTM, even though the local government does not rule Bitcoin as money [yet]. Customers can spend up to 2,000 EUR worth of fiat currency or Bitcoin by verifying their identity. Up to 500 EUR requires you to provide a mobile phone number, and to bypass that limitation, an ID scan is required. 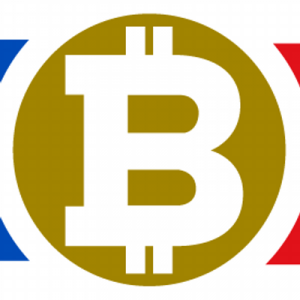 It has to be said, however, that this BitAccess ATM operated by EBTM has seen its fair share of travelling so far. The machine was originally installed in Brussels during a round of beta testing, yet it was moved to Antwerp later on. Right now, the machine is hosted at Coffeelabs’ ground floor, but the ATM will be moved upstairs later this year.

Finding a location for a Bitcoin ATM has proven to be a bit of a struggle for EBTM. Business owners are still wary of digital currency, and would rather not get involved in hosting a Bitcoin ATM. However, companies with an interest in new technologies — such as Coffeelabs — are more keen to get involved with Bitcoin.

The way things are looking right now, EBTM is looking at buying and installing a second Bitcoin ATM in Belgium. Before that can happen though, the company feels a Bitcoin price increase is needed, as that will influence both media attention and ATM usage. Once people see how the price per Bitcoin goes up again, more customers may be buying digital currency from an EBTM-operated machine.

Finding investors to back financially a Bitcoin ATM-related company is difficult these days. Especially when you consider that EBTM is not building these devices themselves, but buying them from a manufacturer. Investing in a company that “only” gets a cut from the transaction fees is not as straightforward as you might think.

Images courtesy of EBTM and BitAccess