The Litecoin Association has released a roadmap for the future of the well-known cryptocurrency, introducing new software clients, protocol improvements, and the expansion of the various communication and governance structures.

The main points of the roadmap concern software for both consumers and miners, touching on a new membership drive for the Litecoin Association (LA), legal issues, and communication with the Litecoin community.

Litecoin Is Back with a New Roadmap 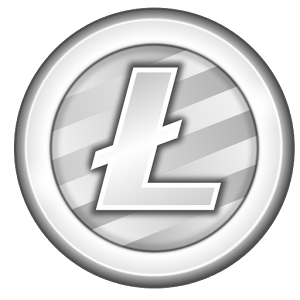 The document may signal the beginning of a comeback for litecoin — even though it never really went away. LTC prices in recent months have hovered around the $4-5 USD mark, after lying low for much of 2015.

Litecoin has historically been the cryptocurrency with the highest name recognition and market cap after bitcoin, but has fallen out of the limelight in recent times thanks to other projects promising features beyond mere currency transactions — namely Ethereum.

The Litecoin community has also suffered minor setbacks, such as a hack resulting in stolen login credentials from its primary online forum, LitecoinTalk.

In November 2015, the project had to fight an application from a German citizen to trademark the word “litecoin” in the EU — under classes that appear to have nothing to do with cryptocurrency.

Despite never achieving the same levels of consumer and merchant acceptance as bitcoin, Litecoin remains popular in China, where it is traded on all major exchanges and enjoys an exalted status above other altcoins.

About 75 percent of all LTC trading happens in Chinese yuan (CNY), with the remaining quarter coming mostly from USD markets. The three most active LTC exchanges are BTC-e, Bitfinex and OKCoin.

One hindrance to Litecoin consumer adoption has been a lack of wallets on the iOS platform, but this is about to change.

Developed in cooperation with the team that produced bitcoin’s Bread wallet, “LoafWallet” is a “Simple Payment Verification” (SPV) wallet designed for easy mobile use with security features such as AES hardware encryption and app sandboxing.

It also promises a simple user interface, integration with Apple Watch and Siri, and the ability to purchase coins from within the app.

A version of Electrum-LTC for Android devices is scheduled for late July, complementing the desktop client already available for all major operating systems.

Electrum-LTC for Android will also have SPV, keeping an indexed copy of the blockchain on Electrum’s servers. Wallets will feature encrypted private keys and have a cold storage option.

The Litecoin Association will take over responsibility for the project’s social media tipping bot “LiteTip,” previously an independent project that has become inactive as of late.

The roadmap also gives development updates for Litecoin Node, a tool that simplifies the deployment and maintenance of Litecoin supernodes. Online wallet LiteVault is scheduled for an update as well.

A major release of reference client Litecoin Core v0.13.x is due in 2016, featuring the following notable improvements:

Keeping in line with proposed improvements to Bitcoin, Litecoin’s own protocol will adopt a number of changes to facilitate the features listed above. These modifications will also make the currency compatible with complex smart contracts and the Lightning Network.

The most up-to-date, stable releases of Litecoin Core are available for download at Litecoin.org.

The roadmap promises a new version of the once-active forum, LitecoinTalk. The original was hacked in March 2016 and has been relegated to a read-only archive ever since.

The Litecoin Association itself, under the leadership of five directors, including Andrew Vegetabile, is in the process of re-engaging the community after lying dormant for a time. The Association is developing a new website designed to be a community information hub. A fundraiser and new membership drive are also in the works.

In addition to money for daily operations such as hosting, communications and DDoS protection, the Association requires funds to hire specialized development talent and to fight the battle in Europe over control of the Litecoin trademark.

The LA also announced Robert English (AKA Red and KSAREDFX) as the new Systems Administrator following the departure of Ryszard Mielcarek. English will set to work on the LA’s new forums. Meanwhile, Rishi Nair of Chicago-based Nair Law LLC. will draft new organization bylaws that provide governance for the Association and its operations.

A Brief History of Litecoin

Litecoin was initially developed and released in 2011 by Charlie Lee, intended to have similar utility to Bitcoin while addressing what Lee believed were shortcomings of the Bitcoin network.

Litecoin processes new transaction blocks every 2.5 minutes, as opposed to Bitcoin’s 10 minute intervals, and its memory-hungry Scrypt encryption algorithm is designed to keep the network decentralized by slowing the growth of ASIC mining hardware.

The altcoin also has a larger supply, with the total number of litecoins available for mining set at 84 million.

Often touted as the “silver to Bitcoin’s gold,” litecoin’s price has traditionally been lower but has followed trading patterns similar to bitcoin. Its price reached a zenith in November 2013, rising over to $40, mirroring bitcoin’s $1300 peak, but has since fallen downwards.

With the publication of its shiny new roadmap, the Litecoin Association and community is hoping for a LTC renaissance — with increased value and a return to prominence outside China, onboarding new consumers, merchants and speculators.

Do you use litecoin? Are new apps and a stronger community structure likely to use it more often?