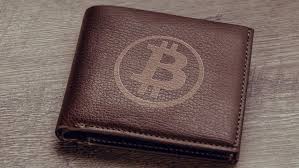 Bitcoin has been around for a little over a decade now but has spread far and wide during this time. It has made its mark as being one of the best-performing assets, catapulting it to the forefront of the investing space. As more and more investors have come in, the total supply has been spread around, although there is still a pretty wide disparity among the holders of the digital asset.

Given that the blockchain is public records, anyone can see how much an investor is holding in their wallets. With this, studies have been carried out to map out which subset of investors holds the majority of the asset. As with any asset, the wealthy usually holds the highest volume, same has been the case with bitcoin as a recent study has uncovered that about 0.01 of holders control 27% of the total bitcoin supply.

The National Bureau of Economic Research recently published a study that shed light on the ownership of bitcoin. The digital asset was programmed to only ever have 21 million coins. Of that number, 90% has been mined, putting about 19 million coins in current circulation. Of this number, the study found that 0.01% currently hold about 5 million coins, equaling almost a third of all supply.

This number represents a higher concentration of wealth than cash. It is estimated that about 1% of wealthy individuals control about 33% of the total supply of U.S. dollars. This number has often been referenced to show the inequality between the rich and the poor. However, with the result of the study, it suggests that bitcoin features an even greater inequality compared to cash ownership.

This suggests that the supply of BTC is still very much concentrated, according to finance professor Antoinette Schoar, who was part of the study. “Despite having been around for 14 years and the hype it has ratcheted up, it’s still the case that it’s a very concentrated ecosystem,” Schoar stated.

Following The Wallets That Hold The Majority

A Crypto.com study estimates that there are currently 114 million bitcoin holders. Out of this, about 10,000 wallets hold almost one-third of the total BTC supply. A large portion of these holders is what is referred to as whales, who hold 100 BTC and above on their balances. These holders are a small percentage but hold a significant number of bitcoin supply.

However, it is important to note that Satoshi’s 1 million BTC is also included in this number. This wallet where bitcoin’s creator Satoshi Nakamoto, had mined 1 million bitcoins has never since any activity since then. The wallet, for all intents and purposes, is considered dead.

Take out Satoshi’s 1 million BTC wallet and the percentage of bitcoin’s supply controlled by the 0.01% drops significantly. It is also imperative to note that about 20% of the total bitcoin supply is presumed to be lost forever.