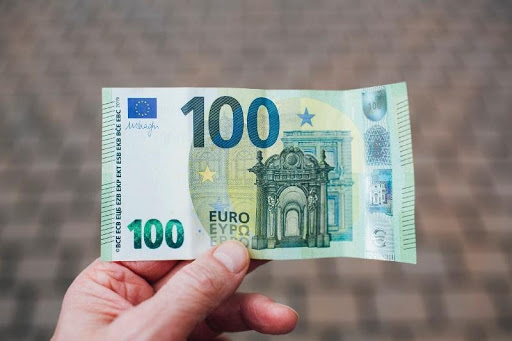 100 Days Of Coronavirus And 10 Advancements In Universal Basic Income

April 8 marked 100 days since China reported the new contagion of coronavirus to the World Health Organization. In that century of 24-hour periods so much has already changed that will shape the future of humanity. We may be masked and locked-down but our minds have been liberated as we seek to expedite innovative solutions for our crumbling financial systems.

“There are decades where nothing happens, and there are weeks where decades happen,” said Vladimir Lenin. The Russian politician may have been talking about revolution, but his words are apposite here because there has been a seismic evolution for humanity.

For the last two years, GoodDollar — a not-for-profit organization — has been shouting about universal basic income (UBI) to anyone who would listen. Our team has been building a framework for delivering global, sustainable, and scalable UBI through new digital asset technologies, namely blockchain.

Now hordes of others — across the political divide, crucially — are joining the conversation, owing to the financial dire straits many millions of people find themselves because of the pandemic.

On April 8, the 100th day since the WHO learned of coronavirus, the World Trade Organisation warned that the ongoing decline in global trade could lead to a new Great Depression. In the last four weeks over 17 million Americans have filed jobless claims — an unprecedented figure. It’s a similar, sad story across the planet. Indeed, Oxfam, the humanitarian charity, calculates that the pandemic could force up to 500 million people around the world into poverty unless governments take action. Thankfully, those in authority are ready and willing to help.

Here follow 10 huge advancements for UBI since the flag was raised about the spread of coronavirus corona.

In arguably the most significant breakthrough in the long history of UBI — which stretches back to the 16th century, when Thomas More wrote about the concept in Utopia — Spain’s center-left government became the first nation this last week to unveil plans regarding some form of guaranteed income. It was reported that every citizen would be granted payments of circa $475 (£420) a month, and officials have indicated that there is a vast legislative consensus behind the effort. Moreover, there also appears to be the political will to ensure that payments continue after the pandemic is over. “We’re going to do it as soon as possible,” said Nadia Calviño, Spain’s minister of economic affairs. “So it can be useful, not just for this extraordinary situation, and that it remains forever.”

Andrew Yang’s hopes of becoming the Democratic candidate for a tilt at the American presidency may have been extinguished earlier in the year, but COVID-19 has fanned the flames of a central feature of his campaign: his UBI concept of a Freedom Dividend. In the space of two months, his idea has “gone from being dismissed out of hand in Washington to winning broad bipartisan agreement”, reports The Washington Post. “At the heart of the $2 trillion stimulus passed by Congress last month was a commitment to cut checks of around $1,200 to Americans below a certain income bracket, though many Democratic critics, including Yang, argue that a one-off payment is insufficient for the crisis. Though a permanent and universal monthly payment is not yet on the table, the political appetite for it maybe building.” Quoted in the article is Matt Zwolinski, director of the Center for Ethics, Economics and Public Policy at the University of San Diego, who said: “All of a sudden, the cost of a UBI isn’t nearly as big a worry as it was even a month ago. Americans across the political spectrum are calling for the government to spend very large sums of money to keep families on their feet, to keep small businesses afloat, and to keep the economy from collapsing. And there is a growing recognition that cash grants do that in a way that provides maximum flexibility in a time of drastic uncertainty and rapid change.”

It’s been a rough week for the British prime minister: Boris Johnson spent three nights in intensive care with COVID-19, and many feared the worst. He is now out of IC, and that is good news for over 100,000 people who signed a petition demanding the “government should implement an immediate Universal Basic Income trial for all UK residents to ensure home and food security through the coronavirus COVID-19 crisis, to support the needs of those that need to self-isolate as well as the public health at large, and the wider economy”. Although on March 30, before Johnson was rushed to the hospital, the government debated UBI and responded to say that it was not “the best method to tackle the extraordinary situation resulting from COVID-19, because it does not target help to those who need it most” the prime minister earlier told MPs he would “certainly consider” such a scheme. Given the ongoing lockdown and that two million Brits have lost their jobs since the start of the pandemic, it is likely that UBI will be debated in the chamber again, and soon.

On April 10, a day after Boris left IC and was moved to convalesce in another ward at St Thomas’, Nicola Sturgeon, leader of the Scottish National Party and the First Minister of Scotland, showed her support for UBI. Responding on Twitter to a think-tank’s case for basic income guarantee, she wrote: “This is an interesting and timely read from @reformscotland — I’ve long been interested in the concept of UBI but current situation strengthens case immeasurably. It would require UK gov co-operation — given current powers of @ScotParl — but hopefully, we can have [a] serious discussion.”

On April 7, Nominated MP Walter Theseira argued that all Singaporeans should be given a UBI for the duration of the coronavirus crisis, so as to assure them that all their basic needs are met, even if they are unemployed. His proposal, dubbed the Majulah Universal Basic Income Scheme (MUBI), states that all citizens — including children and retirees — will receive $110 a week (£88) for 12 weeks, costing $4.62bn (£3.7bn).

At the end of March, a post on the World Economic Forum website admitted that UBI had moved from the “fringes of mainstream economics” to center stage, because of COVID-19. The article, written by Sarah Shearman of the Thomson Reuters Foundation, posits: “Once a radical idea on the fringes of mainstream economics, handing out cash to citizens has been mooted in the United States and Britain as a way to protect vulnerable peoples’ livelihoods as the coronavirus crisis accelerates … Advocates say its simplicity allows governments to bypass time-consuming bureaucratic processes while giving beneficiaries the security of knowing they will have some income even if their circumstances change.”

In Brazil, on April 7 — two days after it was reported that 11,130 people were infected with coronavirus in the South American country — Basic Income Earth Network (BIEN) reported that the Brazilian Chamber of Deputies and the National Senate had “approved a Law, sanctioned by President Jair Bolsonaro … that institutes an Emergency Benefit or an Emergency Basic Income unconditionally”. The report stated that all adults — those over the age of 18 — would receive R$600 ($113) per month. “That is to be given to a maximum of two in each family, reaching R$1,200 for each family, covering all people who belong to families with aggregate income up to three minimum wages (R$3,135) per month, or half the minimum wage (R$522) per capita per month,” the article continued. “For a mono-parental family, the father or the mother will receive R$1,200 per month. If an adolescent of less than 18 years of age has a child, she (or he) will also receive the benefit (of R$1200). This stipend will be valid for three months, which might be prolonged for a longer period, depending on the continuation of the pandemic economic crisis.”

On April 10, Yahoo Finance AU questioned: “Is this the beginning of UBI?” The piece ran thus: “In March, the federal government announced Australians left without an income due to coronavirus will have access to increased welfare payments, dubbed the Coronavirus Supplement. And it also delivered an AU$130 billion ($82.5bn) stimulus package that will see workers receive fortnightly wage subsidies or replacements of AU$1,500 ($952).” The article continued: “In the last few weeks, the government has spent AU$320bn ($204bn) to keep the country afloat. For reference, the last federal budget was AU$500bn ($317bn). While the outlay is jaw-dropping, the spending presents an opportunity to rethink the way we deliver welfare and function as an economy.”

UBI is also being talked up at the highest level by Australia’s trans-Tasman neighbors, New Zealand. The country’s finance minister, Grant Robertson, confirmed that a welfare measure, which would see the Government pay all New Zealanders an income to survive, was “on the table”. He continued: “We’re obviously going to be in a situation where a large number of people are going to be relying on income support from the state for an extended period.”

Jack Dorsey, the chief executive of Twitter, announced on April 8 that he would move $1bn of his Square stock to a limited liability company named Start Small, which is to fund coronavirus relief efforts around the world. On Twitter — naturally — he wrote: “I’m moving $1B of my Square equity (~28% of my wealth) to #startsmall LLC to fund global COVID-19 relief. After we disarm this pandemic, the focus will shift to girl’s health and education, and UBI.” More high-profile tech leaders are expected to follow his lead.

GoodDollar: Changing The Balance — For Good

Do you have the skills to help the GoodDollar project?

Disclaimer: The content discussed is intended for informational and educational purposes only and should not be considered investment advice or an investment recommendation.