In a new report published by the San Francisco Federal Reserve, the agency claims that the substantial drop in the price of Bitcoin in 2018 was directly tied to the December 2017 launch of the futures market.

Last year we saw Bitcoin, the largest cryptocurrency by means of market capitalization, peak at around $20,000, marking an increase of more than 1300%. However, in the first quarter of 2018, the cryptocurrency has lost more than half of its value. At the time of press, Bitcoin trades for $9,147.74. 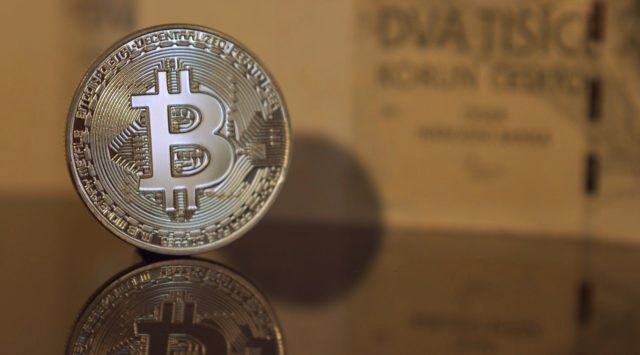 A Decline Marked by the Launch of the Futures Market

According to research carried out by the Federal Reserve of San Francisco, the serious drop after the surge of Bitcoin’s price was directly tied to the launch of a futures market. In the report, researchers note:

In mid-December 2017, Chicago Mercantile Exchange (CME) launched its Bitcoin futures contracts. That same day, the digital currency reached its all-time high (ATH) of $20,078.40 according to CoinMarketCap. The Chicago Board Options Exchange (CBOE) introduced its futures market a week earlier, however, trade volume on that exchange was far less substantial.

What Does it All Mean?

Think about it this way – before the futures market was introduced, there was no way for investors who were pessimistic about Bitcoin’s price to bet against it apart from not investing at all. Yet, as the prices kept surging, those who felt more positive about its future movements kept pouring in cash, leading to the aforementioned ATH.

In other words – the pessimists had nothing to do but to wait. In the words of the Fed’s researchers themselves:

So they were left to wait for their ‘I told you so’ moment, […] The launch of bitcoin futures allowed pessimists to enter the market, which contributed to the reversal of the bitcoin price dynamics.

To make things easier to digest, the research compares the situation of Bitcoin to the market’s reaction to securities which are backed by mortgages – it shares the same patterns when it comes to pessimistic and optimistic traders.

Accurately predicting Bitcoin’s price trajectory is something easier said than done. In terms of research, though, the Fed’s report is clear that future prices could be helped substantially if traditional financial institutions start to open up towards accepting Bitcoin as means of payment. Furthermore, regulations and widespread acceptance are also among the leading ‘success’ factors.

In the meantime, it’s worth noting that ICE – the owners of the New York Stock Exchange (NYSE) – might be launching Bitcoin futures sooner rather than later.

Do you think we are in for yet another bullish Bitcoin year? Please let us know in the comments below!