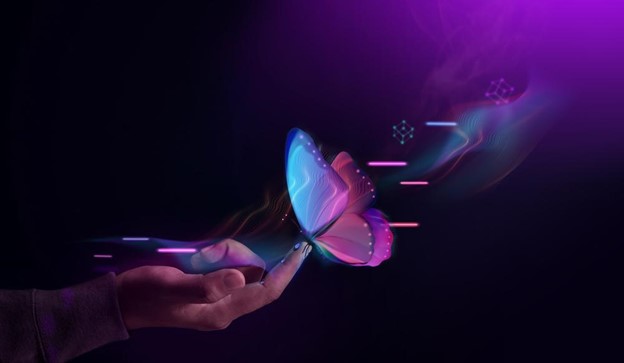 3 Leading Web3 Interoperable Platforms You Should Keep an Eye On

Over the years multiple blockchain platforms have emerged, bolstered by the demand for and acceptance of the technology, breakthroughs in blockchain innovation, and favorable price action generated by successful blockchain projects like the Bitcoin and Ethereum platforms.

But what happens when critical data or digital assets must be moved from one blockchain environment to another? How might value from the Ethereum ecosystem, for example, be moved to the Cardano blockchain platform?

With each platform having its own set of unique features and benefits meant to benefit its ecosystem and intended use cases, such concerns provide a unique difficulty to solve at this level of the technology’s development.

It also implies that in terms of the overall operationalization of blockchain technology within a more digitized, data-driven global economy, the capacity of various blockchains to link with one another is becoming crucial. As a result, blockchain interoperability is very important and in this article we’ll be looking at the top 3 interoperability platforms for web3.

To facilitate omni-chain interoperability, the platform employs proof-of-time (PoT) consensus, threshold cryptography, zero-knowledge proofs (ZKPs), and smart contracts. Any node may join the network as a tesseract node (a specific time node that retrieves event data from external chains) and participate in cross-chain event data transmission using Analog’s SDK platform. When a tesseract node is activated, it listens for event data on external chains and sends it to the Analog network through RPC endpoints.

To broadcast event data to the Analog network, a threshold signature from a supermajority of tesseract nodes is necessary. When a fetched event is communicated to the network, it travels via PoT consensus, which verifies and confirms the transactions to the Timechain. (The Timechain is a global ledger made up of authenticated temporal data that verifies what happened in the past.) DApps on target chains may then get verified event data and use it to trigger actions inside their smart contracts.

Analog takes the number one spot due to its multiple use cases including, cross-chain NFT auctions, play-to-earn gaming, lending and borrowing as well as decentralized finance (defi).

Axelar Network is a decentralized network that links dApp developers to blockchain ecosystems, apps, and consumers for frictionless cross-chain communication. Axelar is a protocol suite, tools, and APIs that are aimed to remove obstacles to cross-chain communication. Powered by a decentralized open network of validators; anybody may join, utilize, and build on the network.

Cross-chain communication on the Axelar network is as straightforward as utilizing HTTP/HTTPS protocols on the web. Platform developers may connect their blockchains to other ecosystems, and application developers can access global liquidity and interact with the whole ecosystem by using a simple protocol and API.

Axelar is making cross-chain communication as easy as accessing the internet by constructing the infrastructure that is presently lacking in blockchain cross-chain solutions. Axelar was developed by Algorand’s original team members, and its co-founders are award-winning MIT alumni who achieved considerable distinction as part of their graduate studies. Binance X, DCVC, Lemniscap, Collab+Currency, North Island Ventures, Divergence Ventures, and Cygni Labs are among Axelar’s supporters.

LayerZero is an Omnichain Interoperability Protocol that enables lightweight message transmission between chains. LayerZero offers genuine and assured message delivery, as well as trustless-ness that may be configured. The protocol is implemented as a series of non-upgradable, gas-efficient smart contracts.

The platform works as a User Application (UA) configurable on-chain endpoint that runs a ULN. To transport messages between on-chain endpoints, LayerZero depends on two parties: the Oracle and the Relayer. When a UA sends a message from chain A to chain B, the message is routed via chain A’s endpoint.

LayerZero also functions as an “omnichain” interoperability protocol, aiming to eliminate the need for bridges. They created the “ultra light node” (ULN), which promises to provide all of the security of a light node while being less expensive than intermediary links. This is accomplished by streaming block headers to oracles on demand rather than sequentially retaining all block headers.

The system is based on two key mechanisms: the oracle and the relayer. LayerZero will now include a relayer, although users may create their own. Current cross-chain exchange mechanisms, like CEX / DEX bridges, need a level of confidence. The goal is to replace the demand for trust with the need for independence.

Cross-chain technology has the potential to overcome the scalability difficulties that have plagued the blockchain ecosystem for years. So, if blockchain can ultimately achieve interoperability, it will be a huge benefit.