The bitcoin price has stayed at the same level all week. However, the market has been building a technical trigger and adding bullish consensus, which has sustained all factors that back the next rally from $650 to $820. 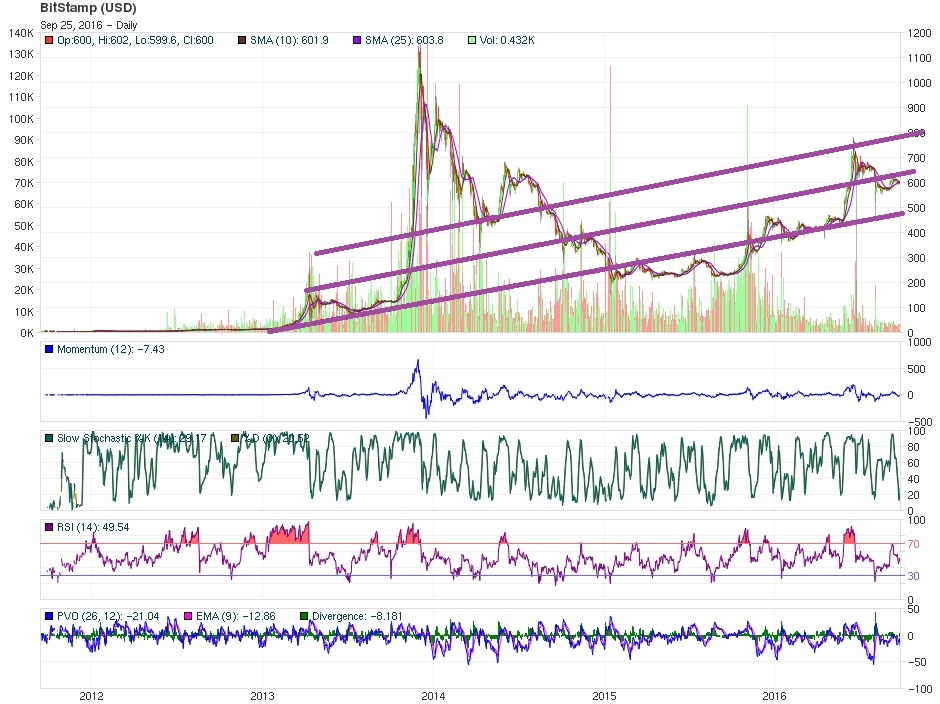 Fundamentals and political factors promote the next rally, which is expected to increase the bitcoin price $650 to $820. From the current support level determined in the $580 $600 range, bullish consensus allows a sustained, upward movement that will probably ignore every intermediate resistance from the present technical zone to $820.

A new cycle has begun, with the original upward-sloping trendline from 2013 still driving action to trigger prices among $600 and $650 from where the rally is calculated. 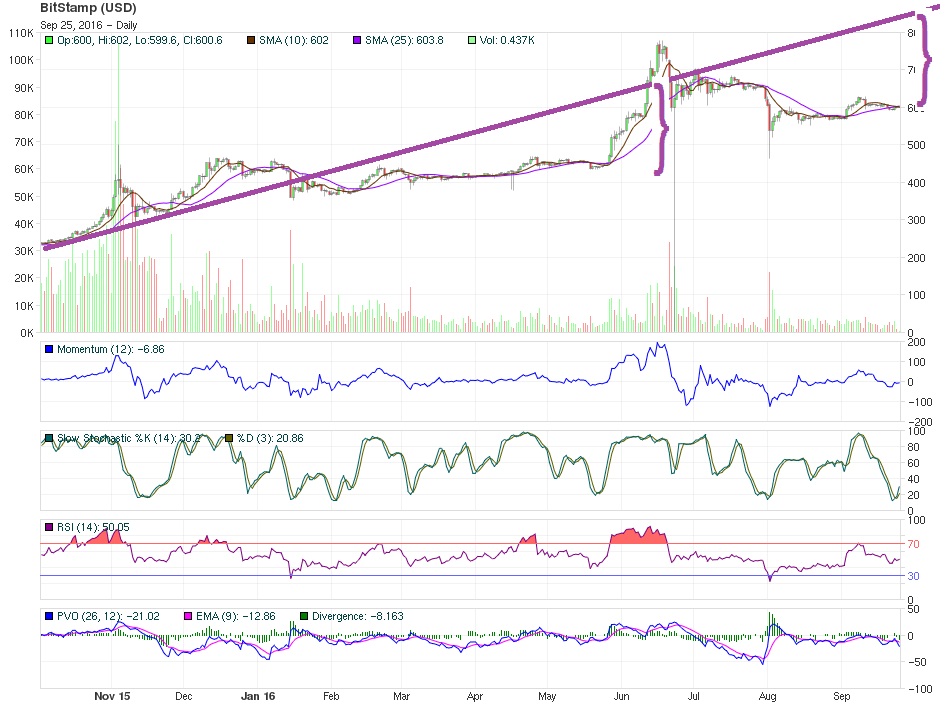 In the current cycle, price quotes near the technical axis attracts action to a smooth rising line that sometimes causes technical corrections to the up side. A similar movement happened in late May 2016.

These days, a longer than expected lateral sideways movement has driven the figures away from that line. We can expect the next synchronization to work as a technical trigger, which would send the bitcoin price $650, and then higher to the $820 stage. 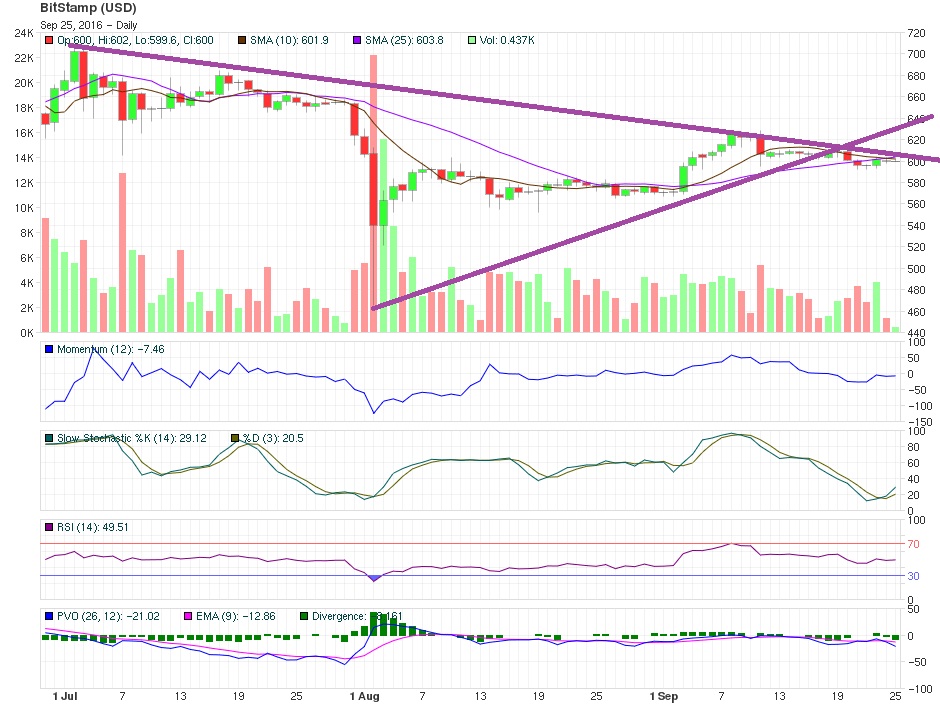 Mathematical indicators are turning upwards again. Japanese Candlestick Analysis reflects that even with some bearish activity, a theoretical technical trigger could be expected in the $620 $650 area.

Traders should consider some options with bull-spread strategies, considering that every intermediate resistance currently looks like a vertical rolling opportunity, giving many small traders the chance to resize their positions.

Cover image courtesy of The Art of Chart.