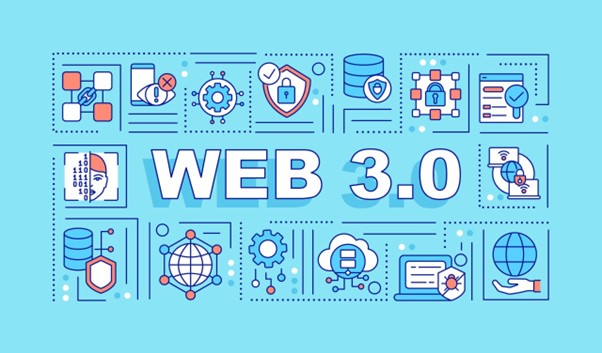 There’s no getting around it, the web3 space suffered serious reputational damage in 2022, a result of major hacks, lending platform failures, market turbulence, and of course the collapse of numerous too-big-to-fail firms like FTX. Call it a wake-up call, a reality check, or a period of cleansing ahead of the next inevitable bull run; however you dress it up, it wasn’t pretty.

Despite the blood swirling in the water, web3 builders continue to build – and 2023 will see some major product launches that have the potential to reshape a badly-rocked industry. Here are five of the best for you to keep an eye on.

An EVM-compatible blockchain that runs in parallel to DeFiChain, itself a hard fork of the Bitcoin network, DeFi Meta Chain (DMC) brings BTC maximalists into the DeFi ecosystem.

First touted in an Improvement Proposal by community members in November 2021, DeFi Meta Chain has been in development for well over a year, its patient builders toiling away beneath the radar as the market caught flames post-FTX. The selling points of DMC are obvious: it benefits from Bitcoin’s robust security while letting developers access infrastructure, tools, assets, and smart contracts from other blockchains. They also get to tap into the sizable user base of Ethereum and other EVM networks, without losing access to the native DeFi Chain.

This year will see the launch of the DMC testnet and, all being well, a mainnet thereafter. We can’t wait.

Interoperability is the buzziest word in blockchain – or at least it was till “metaverse” usurped it in 2022. In any case, interoperability will get more real in 2023 thanks to projects like Astar Network, which recently launched its Cross-Virtual Machine (XVM) on public testnet.

Astar Network’s CTO Hoon Kim believes the product represents “the start of the next wave of innovation for dApps.” He might just be right.

Decentralizing the web3 database to enable advanced smart contracts is something pretty much all industry players can get behind; which is probably why Space and Time won $20 million in funding from a slew of big-name investors in a round led by Microsoft’s M12 fund.

The industry’s first fully decentralized data warehouse, Space and Time is on a mission to turn central databases from vulnerable centralized entities into trustless data sources connected to smart contracts. As well as appealing to enterprises, it’s also pitched at decentralized applications (dApps) keen to leverage its patent-pending Proof of SQL cryptography.

Interestingly, Space and Time will also integrate with Microsoft Azure to give Azure customers an on-ramp by which to access, manage, and perform analytics on blockchain-native data. And Microsoft isn’t its only big-name partner: others include AWS, Nvidia, Chainlink, and Polygon.

Blockchain games are superior to their web2 predecessors in many important ways. By and large, though, they just aren’t as fun. But that’s starting to change, thanks to projects like Banger.

In a nutshell, Banger lets players play the very same AAA games they already enjoy, while enabling them to earn web3 rewards in the process. The platform, which opened signups for its Alpha at the end of 2022, seeks to leverage the success of the traditional video game industry rather than reinvent the wheel by building new games from the ground up. In effect, it gives web2 releases web3 capabilities, with gamers able to earn Banger Coins rewards from playing various titles.

Battle royale game PUBG: Battlegrounds is at the center of Banger’s plans for early 2023, though the startup will be looking to widen its library throughout the year. Registration for its Alpha is still open at the time of writing.

A blockchain incentive layer that rewards people simply for using their digital assets, Fluidity Money has attracted over 50,000 users since its testnet launch in February 2022. Built to recalibrate how consumers think about buying, saving, and creating wealth, the spend-to-earn protocol launched on mainnet last month and doesn’t require any specialist knowledge of crypto, which means it has a decent chance of achieving broad appeal as it builds its name.

Fluidity works by wrapping users’ crypto on a 1-to-1 ratio and storing the underlying token in a lending protocol, with interest flowing into a reward pool. The nifty thing is, all on-chain transactions are eligible for a cut of this pool, with between 50 and 70% of Fluid asset transactions classed as yield-bearing.

Conceptually, the protocol is pretty much the perfect gateway to crypto for everyday consumers. One to watch in 2023? You bet.