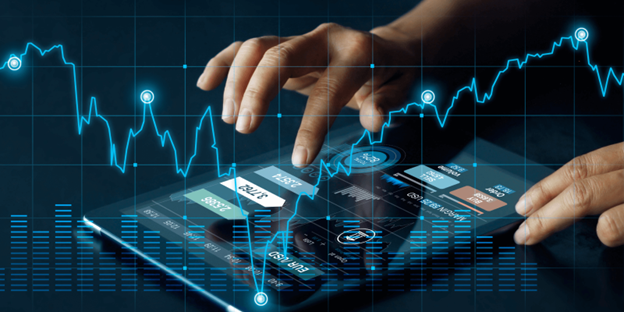 8 of the Top Cryptos to Buy Now According to Experts

While many say that predicting the bottom of the bear market is impossible, that hasn’t stopped a number of crypto experts from suggesting that now might be the perfect time to buy and realize some huge profits over this year and next.

With so many projects across the crypto universe and with different crypto experts sometimes contradicting each other, it can often be difficult figuring out the top crypto to buy to maximize your gains.

Researching the ins and outs of every project is impossible, but here is a look at what seems to be the current consensus across a broad range of experts in the crypto space for 8 of the top cryptos to buy now:

This article will cover why these projects are the ones to watch for maximum returns.

Metacade has recently received a great deal of attention in private investor communities following the public release of the project’s whitepaper. As a result of the platform’s far-reaching ambitions, the implications it could have on the gaming industry as a whole, and the price of the project’s utility token, MCADE, there are plenty of rumors regarding its potential.

Metacade has set out to establish the world’s biggest play-to-earn (P2E) arcade, providing gamers with a way to reliably start earning through playing games. This turns the current gaming industry — which is worth $200 billion and growing — upside down, really tilting the scales in favor of the gamers instead of big business.

The project features an innovative and expansive set of reward mechanisms, enabling users to earn income for a range of different activities. It means that whether a gamer prefers tournament play, competitive gaming ladders, or just playing their favorite titles with friends or the community, there are numerous ways for individuals to earn income in their own style.

This is even true for users who enjoy spending time on community engagement or writing game reviews, as Metacade rewards many activities which are seen to improve the quality of the ecosystem. This not only incentivizes users to stay engaged with the platform but also draws new users in with a continually improving user experience.

The currency used across the platform is Metacade’s utility token, MCADE. This token is used throughout the ecosystem, serving as a medium of exchange for activities such as entering tournaments or buying merchandise. This means that as the number of active users of the Metacade platform increases, the token price will too, due to the high level of demand.

Alongside MCADE’s extensive use throughout the platform, it also can be staked. The staking mechanisms are yet to be fully revealed, but they have excited investors by providing the ability to generate additional income just from holding the tokens. The team has also confirmed that staking rewards will be provided in stablecoins so as not to increase the circulating supply of MCADE and ensure the supply is not inflated.

Metagrants is another fascinating feature outlined in the whitepaper and one that has investors excited about the potential it may hold for the growth of the Metacade ecosystem. Talented game developers with great ideas can present their ideas to the Metacade users, with the whole community able to give feedback and discuss the projects. MCADE holders are then able to vote for projects that they believe should receive funding from the treasury, meaning that Metacade gamers themselves wield a significant level of control in shaping the future of the platform.

The project has also attracted attention for its long-term strategy. Over the coming years, the Metacade project will transition to becoming governed by a decentralized autonomous organization (DAO). This transition will enable the project’s future to be fully in the hands of its users — a fitting step for a project that looks set to revolutionize gaming and solidify it as a top choice for the top crypto to buy.

Cardano is a layer-1 blockchain that was founded by Charles Hoskinson, one of the figures involved in the early days of Ethereum. It has since developed a passionate community who are building out many different decentralized applications (dApps) on its network.

The project differentiates itself from many of the other layer-1 protocols by the way it uses academic methodologies to issue and implement research. Each novel idea for Cardano has to go through a peer review process before being implemented, and while this has caused a few delays in releases, the project is well-respected and could secure a significant chunk of the layer-1 market currently dominated by Ethereum.

Internet Computer made the headlines for all the wrong reasons after the token price for its native token, ICP, dropped like a stone following its launch. While the price is yet to show much sign of recovery, there’s no doubt that the project continues to make solid progress.

One such release is an integration of Bitcoin, which the founder, Dominic Williams, has claimed will open the doors to smart contracts on the Bitcoin network. Whether this comes to pass or not, it’s clear that the aspirations of the project are huge, and if they start to make significant traction, then the price of ICP could start to climb back up again.

While the price of ICP will likely take a very long time to reach its all-time highs again, those who buy the bottom could be in for an exciting 2023 and beyond.

The Graph has its ambitions set on providing blockchain data at scale, across multiple blockchains, and in a fast and scalable fashion. This means the project is effectively indexing all the data passing through popular blockchains and building technology on top to make searching through that data as efficient as possible.

As the size of Web3 continues to increase and will likely continue to do so for the next decade or more, there will likely be a growing need for access to the data that different blockchains hold (and continue to produce).

This means that the market for The Graph should continue to expand, and so with a solid product, the GRT token required to access the data is likely to rise in parallel.

Ethereum is sometimes seen as a relatively conservative choice for investors in crypto, given its established status, but that couldn’t be further from the truth.

In reality, Ethereum, as the dominant layer-1 protocol in Web3, will be able to take its success forward into enterprise use cases, particularly as the project is likely to be looked at by big corporate interests as the safest choice of layer-1 for their projects.

As Web3 grows, Ethereum looks sure to continue to expand, and with ETH now considered deflationary and The Merge, it may see dramatic further growth still, making it a worthy addition to the list of contenders for the top crypto to buy.

Avalanche is another layer-1 project taking on Ethereum by leveraging a set of three distinct blockchains known as the P-Chain, X-Chain and C-Chain. The project features an innovative approach to providing scale to blockchain, creating sub-networks of nodes called subnets.

Like many other layer-1 projects, it could see a big increase in token price if some big dApps really take off, and with great scalability, AVAX is a firm favorite of many experts considering what is the top crypto to buy.

Chainlink has already made huge strides in solving the oracle problem, which deals with the challenges of bringing verifiable off-chain data into Web3. The Chainlink team has designed and implemented a decentralized oracle network (DON), which enables nodes to provide data, such as exchange trading pair prices, for smart contracts to consume.

Chainlink boasts hundreds of different partnerships, which speaks to the quality of the project. The project is working very closely with Swift and has announced an interoperability project called CCIP, which could be picked up for TradFi use cases, really driving the price of LINK into the stratosphere.

8. ApeCoin (APE) – Can a DAO really create a self-sufficient ecosystem?

ApeCoin is pushing the limits of what a DAO is able to achieve, with the project already owned entirely by the community and adopted as the native token of the Bored Ape Yacht Club (BAYC) ecosystem founded by Yuga Labs.

The APE token allows access to different NFT-driven elements of the ApeCoin ecosystem, and with a big focus on creative endeavors and the use of NFTs to drive income to creators, ApeCoin could see user numbers increase should a handful of big artists really take the project under their wing.

Metacade is the Strongest Contender for Top Crypto to Buy Now

The Metacade project boasts levels of potential not often seen in Web3. Analysts are predicting a very strong year ahead, which would explain why the project has raised an eye-watering $3.3m in just 9 weeks.

As the presale continues, more and more savvy investors are capitalizing on this limited-time offer to secure a bag of MCADE at the lowest possible prices and ahead of the inevitable climb as the project releases features and user growth really starts to ramp up.

You can participate in the Metacade presale here.