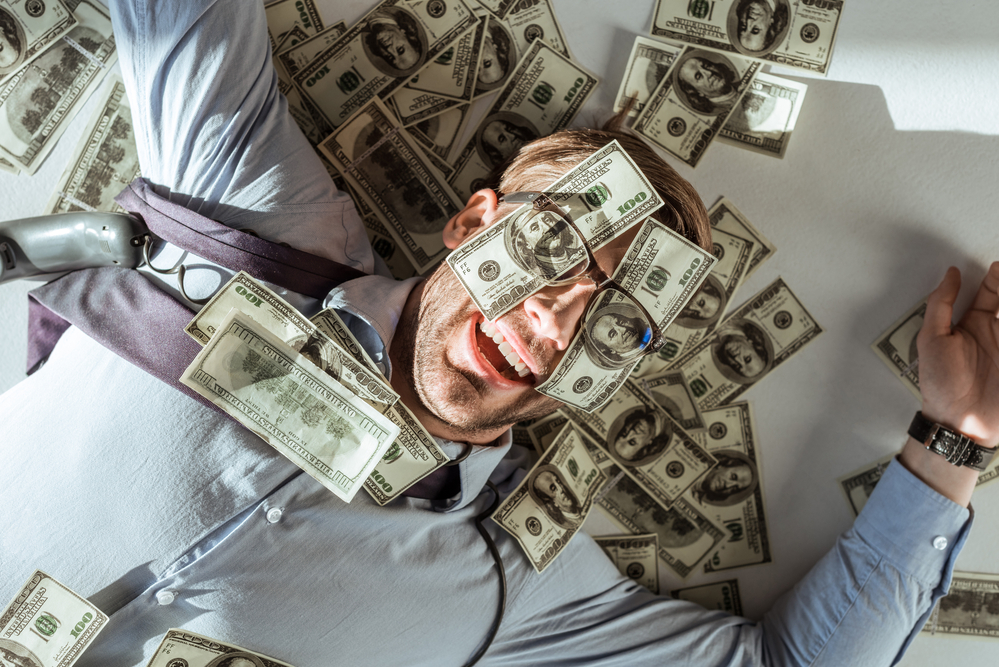 A Look at the US Dollar as Bitcoin Wobbles Around $50,000

Halfway through the first quarter of 2021, the US dollar has performed fairly better against the booming risk-on sentiment that has witnessed the S&P 500, the Dow Jones, the Nasdaq Composite, and even Bitcoin achieve their respective record highs.

The greenback showed resilience against bears in the first month, a sentiment that spilled over onto the first week of February, taking the US dollar index’s bid to its two-month high of 91.583. But afterward, the bullish theme fell flat as sellers sold the dollar’s top to secure short-term profits.

…bears have not attained full control—at least, yet. Investors continue to pit the dollar against loose and dovish monetary policies by the Federal Reserve and the new US government’s expansive stimulus package plans. Meanwhile, they also anticipate that a strong rebound in the US economy would reduce the downside pressure.

Uncertainties have also driven investors to riskier assets as a shelter, probably because they believe there is no better alternative.

The sentiment has helped the US dollar index maintain its technical support against a basket of top foreign currencies. In turn, that has reduced the gold’s appeal and has prompted investors to take more risks in the stock and the cryptocurrency markets.

Because in the cryptocurrency space, everything looks shiny at this moment.

…secured a new record high above $50,000 during the European session Tuesday as traders assessed a spike in institutional activities in the space. It started with Tesla’s $1.5bn investment into Bitcoin and continued with Mastercard and Bank of New York Mellon’s announcement to integrate cryptocurrencies into their existing services.

Meanwhile, MicroStrategy, a Nasdaq-listed software intelligence firm, upped its stakes in the Bitcoin market by announcing that it would raise $600 million via convertible senior notes sales, noting that the net proceeds will serve as a liquidity backstop to purchase more bitcoins.

Long-term crypto investors see institutional investments as headwinds for another upside price boom. That includes Konstantin Anissimov, executive director at CEX.io, a cryptocurrency exchange in New Jersey, who sees the BTC/USD exchange rate hitting $80,000 by the end of the second quarter.

“The legal initiatives coming from American lawmakers and regional politicians have been another positive sign of a Bitcoin adoption in the U.S., which has been adding to the positivity about the leading cryptocurrency,” he told Bitcoinist.

The core reason remains a messier US dollar. Corporates expect to adopt Bitcoin if they believe their existing cash reserves would lose their value over time. But even after Tesla’s decision to exchange 8 percent of its dollar treasury for bitcoin, the chief financial officers are skeptical about the move.

A Gartner Inc. survey shows that. The global research and advisory firm polled 77 finance executives, including 50 CFOs, and found that 84 percent of them won’t add Bitcoin to their balance sheets. They cited regulatory concerns and price volatility as their primary reasons.

…institutional interest in Bitcoin expects to go down if the US dollar index posts a rebound above 90, followed by a retest and breakout above its local top of 91.5. The scenario remains near-term but risks sending BTC/USD to as low as $40,000, further confirmed by technical analysts that expect a downside correction.

“The yields and interest rates are rallying upwards,” said Michaël van de Poppe, an independent market analyst. “That’s also why the DXY is doing well and that’s why Gold has seen a little hard time here. This might also impact Bitcoin in the short term, as once again, the market feels a bit edgy.”