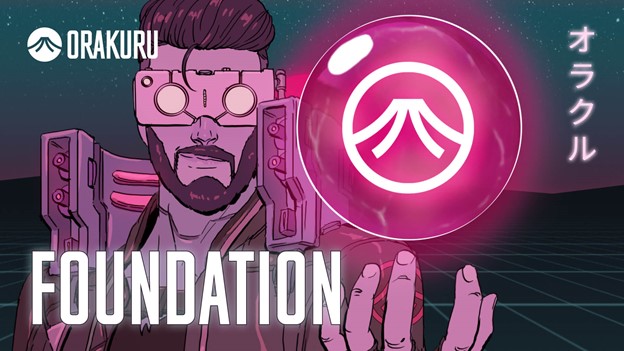 A New Model For DAO Governance: The Orakuru Foundation

In an important announcement, Orakuru, a top oracle on Binances Smart Chain, decided to rebrand itself as The Orakuru Foundation.

Orakuru’s end game has always been to become a full-fledged DAO complete with a legal structure. We’re here to announce that they have finally set out to accomplish this ambitious goal. Freshly equipped with a new name, The Orakuru Foundation is well on the path to becoming a complete DAO.

The Orakuru Foundation has a new research group headed by Theo Mourouzis. Mourouzis brings both experience and profound skill to the task. His work is dedicated to on-chain cryptography and forms the backbone of Orakuru’s new mainnet, as illustrated in their Whitepaper 2.0.

As part of the new plan, the Foundation is also adding price-feeds from little-known L1’s (layer one blockchains) to their mainnet. This is a good strategy and allows them to draw in startup projects from ineffectively covered L1’s. This will give them a major lift in expanding their customer base.

Orakuru sees crypto gaming as a market with enormous potential. Most crypto games depend on specific programs to function. Orakuru plans to fabricate VRFs (verifiable random functions) and sell them to other gaming companies.

Another market trend Orakuru aims to leverage are on-chain computation and ad-hoc requests, which are highly sought after these days. Orakuru is committing assets to enhance these capacities. They even put their product to the test with a trial-run game where players anticipate the result of world occasions.

In essence, Orakuru is proceeding on its way to a complete decentralization while simultaneously introducing an improved DAO. Let’s examine these new DAO concepts in detail.

Traditionally, DAOs are secured and maintained by a group of individuals known as guardians. Orakuru plans to up-end this centralized system and distribute such powers to the community. The newly decentralized DAO will draw from its talented user base to head committees. These community committees will have the same powers as guardians currently.

The Foundation is also planning to rebuild its multi-sig distribution. As of now, their Multi-sigs (multiple signature wallets) need five signatures to function. In the new DAO, they intend to differentiate the wallets and make them more specialized to specific tasks. Additionally, the DAO treasury signature requirement will be changed from five to nine.

Besides changes to multi-sig distribution, Orakuru aims to restructure fund management. In the new decentralized system, all clients will have the ability to suggest changes and have them assessed by the DAO. Orakuru achieves this by altering its mandate for the distribution of funds, including tasks, recruiting, and DAO incubation.

A final major change to the Orakuru Foundation is the establishment of a legal structure. How this legal structure will be built depends on the DAO itself. A vote will be held to determine the formation of the legal structure. This is the first major decision the DAO will make. Once the legal status is obtained, Orakuru will be able to interact with centralized exchanges, potentially adding significant sources of liquidity. With official legal status, Orakuru can partner up with other entities, like non-profits and higher education, The newly-named Orakuru Foundation is committed to achieving total DAO governance. With a committed community and highly-skilled development team, they’re well on their way to providing the world with a powerful decentralized oracle.

By constructing cross-chain full DAO governance, oracle systems allow easy access to external information for smart contracts and function as a financial medium for prediction markets. The emergence of The Orakuru Foundation sets a precedent for many projects and in the long run, will have a lasting positive impact on the way DAOs function.