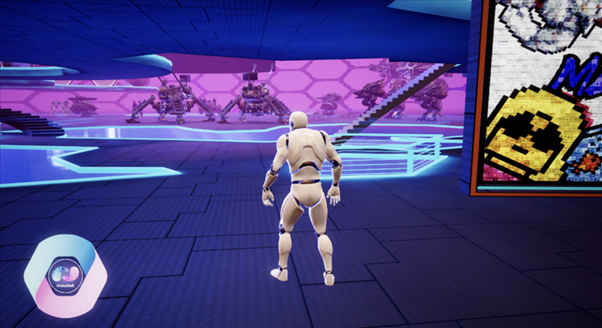 A Thorough Analysis of the MetaBell Product BellSpace: The Platform to Display Your Scenarios

Metaverse has gradually become a key area that attracts attention from both Internet and technology giants. Currently, it is applied in various scenarios, including hardware devices, spatial computing, infrastructure, decentralized classes and content creation, etc. However, although metaverse’s demand for hardware and technological resources is fulfilled, there is still a huge lacuna in the content.

MetaBell is a metaverse service provider featuring Web3. It includes BellSpace and Bell-XR Unreal Engine System. In the previous article, we made a detailed introduction of Bell-XR. Basically, Bell-XR is based on a virtual engine and builds a lightweight global-scale Web workstation for the metaverse. It is not only efficient and omnipotent but also has a lower UGC entry threshold for users. Participants are thus more motivated to participate in MetaBell ecology. Meanwhile, MetaBell is also taking other measures to release users’ creativity in the metaverse as much as possible to fill the issue of insufficient content in the metaverse world.

In addition to Bell-XR engine, BellSpace is also an important part of MetaBell. It is the “terminal” of MetaBell metaverse ecology, and all metaverse users will live their life, and build various kinds of Web3 business scenarios through BellSpace in the future.

BellSpace is a metaverse ecosystem based on Unreal Engine 4, and as the platform grows, it will incorporate all sorts of online APIs through which users can access different metaverse scenarios, such as FPS games, NFT graffiti art galleries. Of course, there will be more interesting sections waiting to be discovered by users. For instance, UGC is one of the functions supported on MetaBell. Any user can build their personal metaverse content based on the Bell-XR engine, which means that BellSpace will be filled with a lot of innovative and quality content. The rich content produced will satisfy the various content needs in BellSpace. 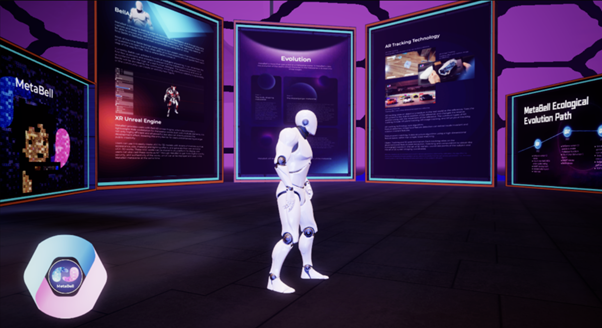 MetaBell not only supports UGC from the platform users but also enables allow them to stay in the MetaBell ecology with the work they create in a simple way. Although there are many quality metaverse ecologies in the market, the entry requirement is still relatively high, especially the cost. The high participation cost even intimidates most users who are optimistic about the metaverse and its future development.

For example, if players want to acquire some land pieces to construct their own buildings, it will cost much more than they expect. It is fair to say that the exorbitant cost in the metaverse is one of the factors that prevent ordinary users from becoming long-term residents.

In MetaBell, the team not only incentivizes users to produce UGC but also provides them with free land on which they can build different scenarios. By holding a small quantity of the ecological token BELL, they are entitled to access the land pieces, all tools, and services on MetaBell while at the same time enjoying rewards. If some users create their own metaverse scenarios, BellSpace will open the standard API to help them link their metaverse ecologies to BellSpace and form a teleportation point. MetaBell will give out rewards from time to time to the creators according to the fun and complexity of these scenarios. In this way, MetaBell hopes to help users get extra rewards when building their metaverse. Based on AR and other technical 3D display technologies, users can demonstrate both the buildings built on the land, the unique character skins, NFT avatars and other assets in BellSpace. 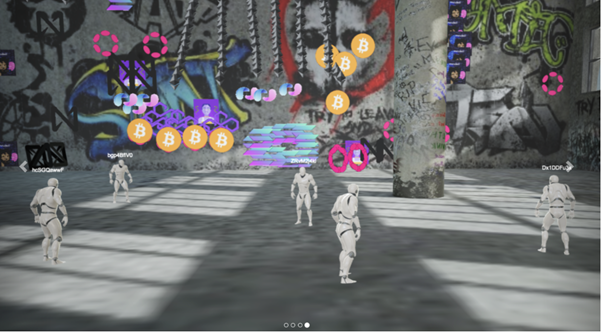 BellSpace is also an open metaverse space station, providing users with access to and experience other metaverse worlds. Of course, users can also invite their friends to visit the scenarios they create on BellSpace, during which they will get rewards, honors, etc. in different metaverse ecologies.

Data like UGC, user behavior, etc., in the Web 2 world is considered user data, and traditionally owned by Internet giants for business benefits. In comparison, in BellSpace, user data and information are stored in a distributed way so that users have ownership of their data and maximize its value. In BellSpace, everyone is the controller of information and data, which is also one of the philosophies upheld by MetaBell.

For early Web 2 participants, using and/pr participating in the Internet is rather expensive and extremely inconvenient. It is beyond their imagination with the opinion that at the “future we will live in the Internet”. But now our life really develops to the point that it is difficult to enjoy a convenient life without the Internet. The popularity of the internet can be attributed to the low participation threshold. For instance, many Internet resources are free.

By the same token, to propel the development of metaverse requires more resources free and incentivizing content creations. Only by doing these can the metaverse achieves transformations. At present, BellSpace is the first free open land metaverse ecology—an overall trend for future metaverse projects and will establish itself as a metaverse vanguard.

NFT is a special token on the blockchain. It is a unique ID that is used to verify the ownership of a work. JPEG, GIF, MP4, and even music can be minted as NFT, proof of ownership of the “original” file stored on the blockchain. The earliest NFT circulating is in the form of CryptoKitties collectibles. The subsequent NFTs underwent rapid development in the field of art and collectibles. The value of such NFT assets has been continuously recognized in the blockchain and at the meantime, crypto artists such as Beeple, Pak, The Fungible Collection, Lost Poets and Merge have emerged.

In addition, celebrities represented by Jay Chou, James Lin, Stephen Curry, etc., and commercial giants such as McDonald’s and Adidas have also issued collections that attract a large number of users and small investors from traditional fields to the NFT sector. It is foreseeable that NFT can become the main carrier of future artworks and collectibles, and become popular among the mainstream. Currently, although NFTs have accumulated a certain level of value, in essence, NFT artworks and collectibles are still a type of “asset”. 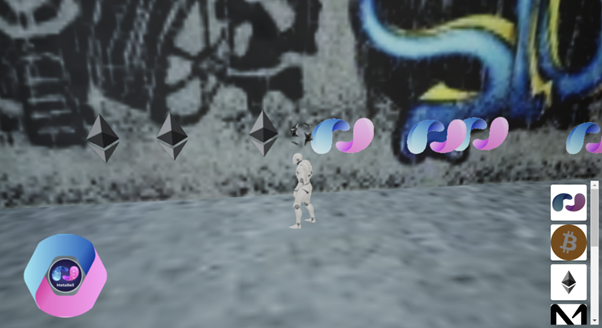 For example, if you are at an auction house and you auction an NFT painting, as a crypto asset you can store it in your wallet and display it if necessary. But you will hardly be able to display all the time as a traditional artwork because there are few spaces that support NFT display. It is to solve fulfill this demand that NFT marketplaces come into being. The current market for NFT assets stands at $40 billion. Except a few GameFi props, the vast majority is in holders’ crypto wallets, which fails to give full play to the artistic value of NFTs.

As an online metaverse ecology, BellSpace is forever online. Therefore, anyone can visit and access any NFT scenario at any time, which magnifies the value of NFT artworks. This is difficult to achieve with the traditional art model. So for BellSpace, the scenario display function is one of its most important features. Through BelldSpace, users can either appreciate the artistic value of NFTs in display or collect them for value appreciation. If you are an NFT artwork holder, you can display your NFT assets in BellSpace to allow all BellSpace users to appreciate them so to maximize the value of artworks (artists can display their works without the time and geographical restrictions), and complement other business scenarios in the ecology.

Many UGC scenarios on MetaBell will also be presented in the form of NFT, and adapted to BellSpace architecture. Besides being a tool, BellSpace is also the main platform for displaying these scenarios. In BellSpace, users’ “virtual characters” will live forever.

As NFTs keep growing exponentially in the future, the market size will also explode. In this process, BellSpace will also become the main display carrier of all kinds of NFT assets and unleash more commercial value. With BellSpace, MetaBell will be able to construct a brand new ecology.